Kevin James ditches his goofy comedy persona to play a neo-nazi convict in this gory thriller from directors Jonathan Milott and Cary Murnion.

Thirteen-year-old Becky (Lulu Wilson) is angry. Angry at her mother’s death from cancer a year prior. Angry at her father’s (Joel McHale) newfound relationship with his girlfriend Kayla (Amanda Brugel). Angry at the world, like so many teenage girls often are. Her father’s attempt to reconnect with her with a trip to their lakefront home further aggravates her when he invites Kayla and her son Ty (Isiah Rockcliffe). Meanwhile, incarcerated nazi Dominick (Kevin James) and his group of men kill the police guards watching over them and escape from their prisoner transport van. The two groups finally meet when Dominick and his men show up at Becky’s house, terrorizing her family in search of a mysterious key.

Although only fourteen, Lulu Wilson has already cemented herself as somewhat of a horror darling. With roles in the popular sequels Ouija: Origin of Evil (2016) and Annabelle: Creation (2017), alongside acting in the horror anthology series The Haunting of Hill House (2018), she’s established herself as a veritable mini scream queen. Wilson channels Becky with a sense of teen angst that makes her descent into a blood thirsting killer feel real.

A lot more real than Joel McHale as Becky’s father, Jeff feels anyway. Best known for his role as smarmy womaniser Jeff Winger in Community (2009), in Becky he reads his lines with the paternalistic quality of a man spouting quotes from a parenting handbook. When Dominick and his henchmen get involved, he can barely do more than raise his eyebrows in disbelief. 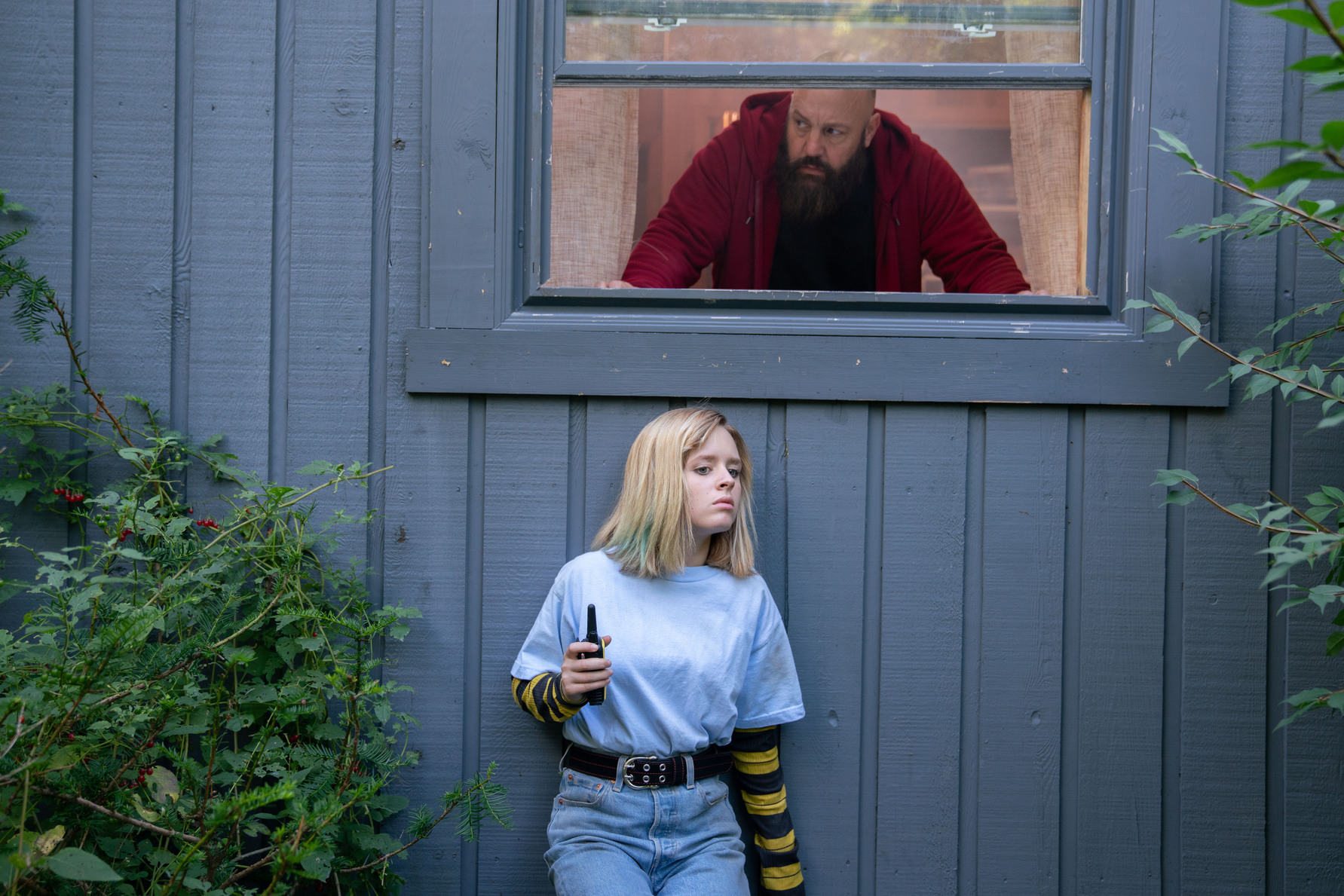 Sometimes the Nazi villain element of the film feels shoehorned in without considerable thought. Aside from a brief, yet very unnerving speech about the inherent evil of “race-mixing”, Dominick seems like a character purely based in aesthetics, that feels inspired by the horror-thriller Green Room (2017). He and his band of men may look the part (especially the 7-foot former wrestler Robert Mallet as Apex) but they never come off as vindictive or threatening enough as the film makes them out to be.

If there’s one thing the film does really well, it’s the kills. Becky could be considered an r-rated Home Alone (1990), where the violent deeds committed by the young protagonist actually have very big, and very graphic consequences. Very bloody and extremely visceral, there’s one scene involving an eyeball that will definitely make you wince. Dominick and his gang have guns, but Becky must make do with the random items at her disposal, so there are some truly great kills involving a metal ruler, a speedboat, and a mower. The film doesn’t skimp on the gore either, courtesy of great special effects makeup from Karlee Morse, showing that practical effects are grizzlier than CGI could ever be.

The Details:
What: Becky
When: From the 10th of September
Where: In cinemas nationally (Victoria to follow post lockdown)

Queensland Theatre to Reopen with World Premiere of The Holidays