QSO’s Beethoven’s Emperor on Saturday was a concert fit for a king and a fitting finale to their 2020 season.

To open, acclaimed Australian pianist Daniel de Borah took centre stage, so with the orchestra spread behind him. The Emperor concerto certainly lived up to its name, with its grand, flourishing melodies, powerful chords and staggering cadenzas. Daniel’s hands danced, traversing up and down the entire keyboard. 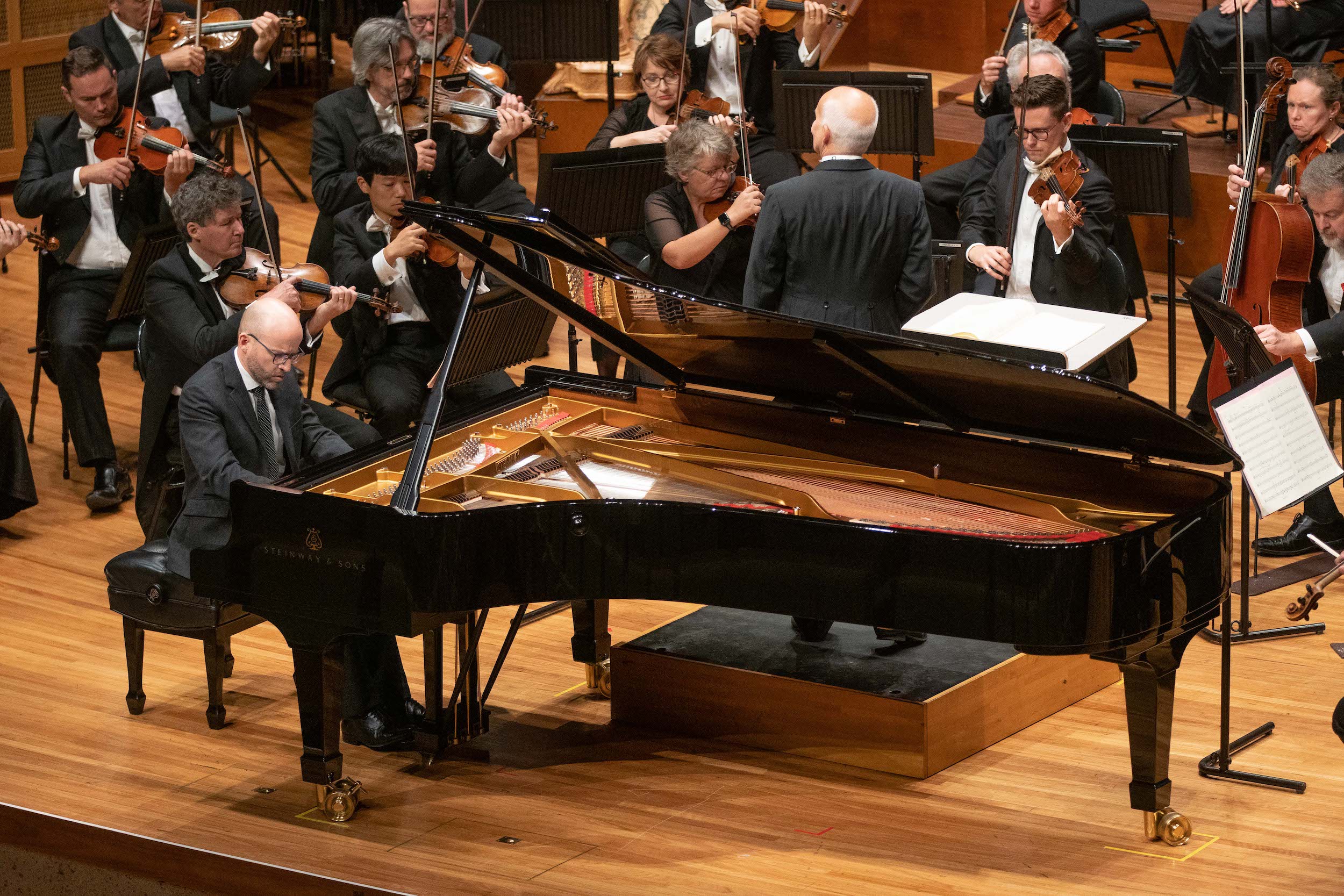 The second movement was slow and dreamy, with expressive strings and tranquil piano, presenting a contrasting mood. Then, the third movement returned to the first mood, so with a playful, energetic dialogue between piano and orchestra. Daniel’s striking performance received rapturous applause.

Then, there was a brief intermission while the piano was rolled away and the orchestra re-tuned. Respighi’s Pines of Rome (Pini di Roma) was in four movements, so each depicting pine trees in different locations surrounding Rome. According to the program notes, these movements went from children playing near pine trees in a village; to a mournful hymn whispering past pine trees near a catacomb; then to a nightingale singing near moonlit pine trees; and to pine trees in a misty dawn with an army bursting forth. 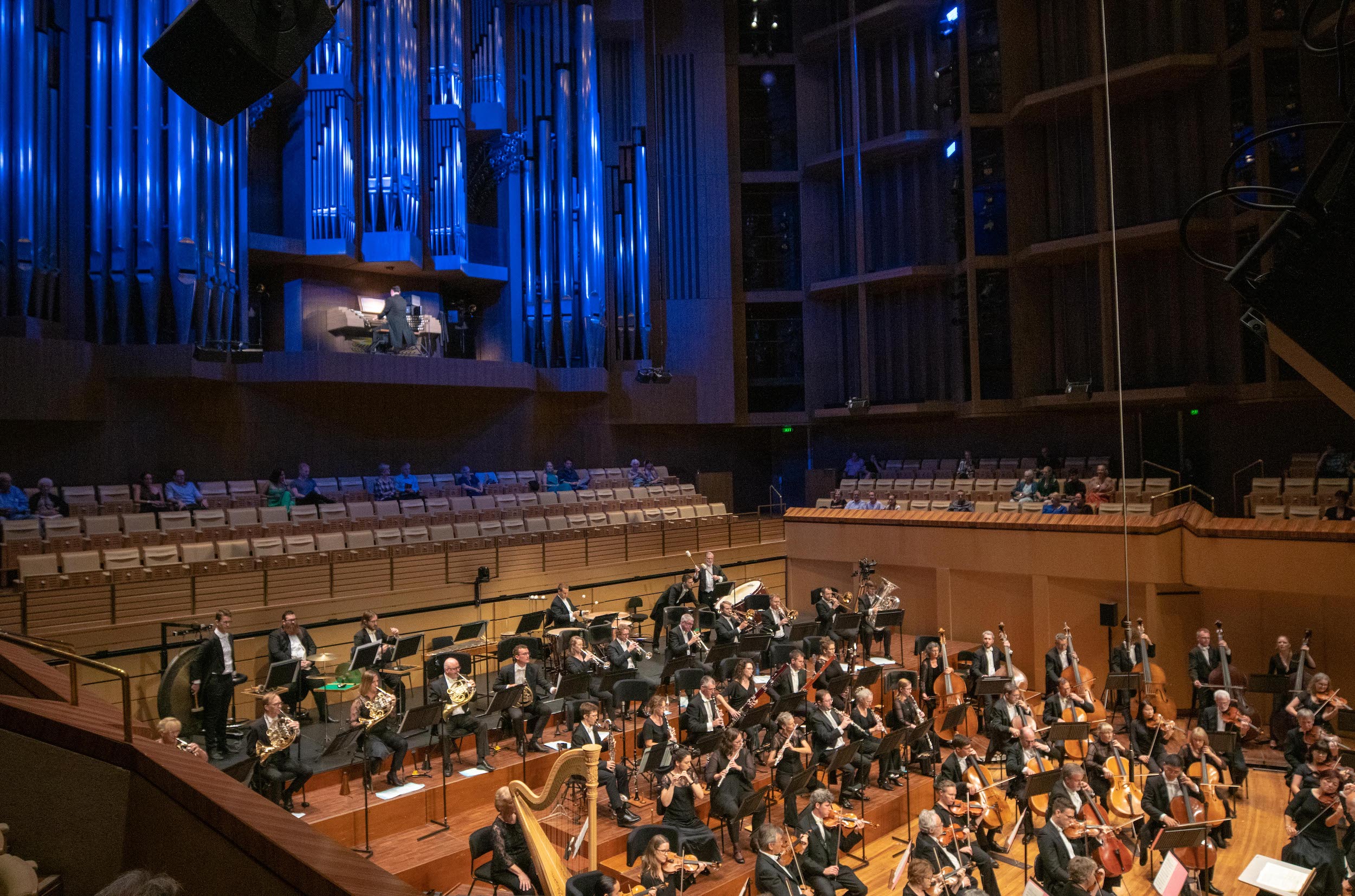 Adding to the atmosphere, QSO’s organist Andrej Kouznetsov performed on the QPAC concert hall’s magnificent pipe organ. He perched high above the orchestra, before the gleaming, silver pipes. I sat enthralled, remembering the magic of seeing the enormous organ on primary school trips to the orchestra. The sound swelled, filling the hall. Then, several trombonists and trumpeters appeared on the organ balcony, for a loud, flourishing finish.

Beethoven’s Emperor was a king among concerts. It displayed the mastery and resilience of the QSO and their commitment to fine music-making. Here’s to seeing more of QSO in 2021! 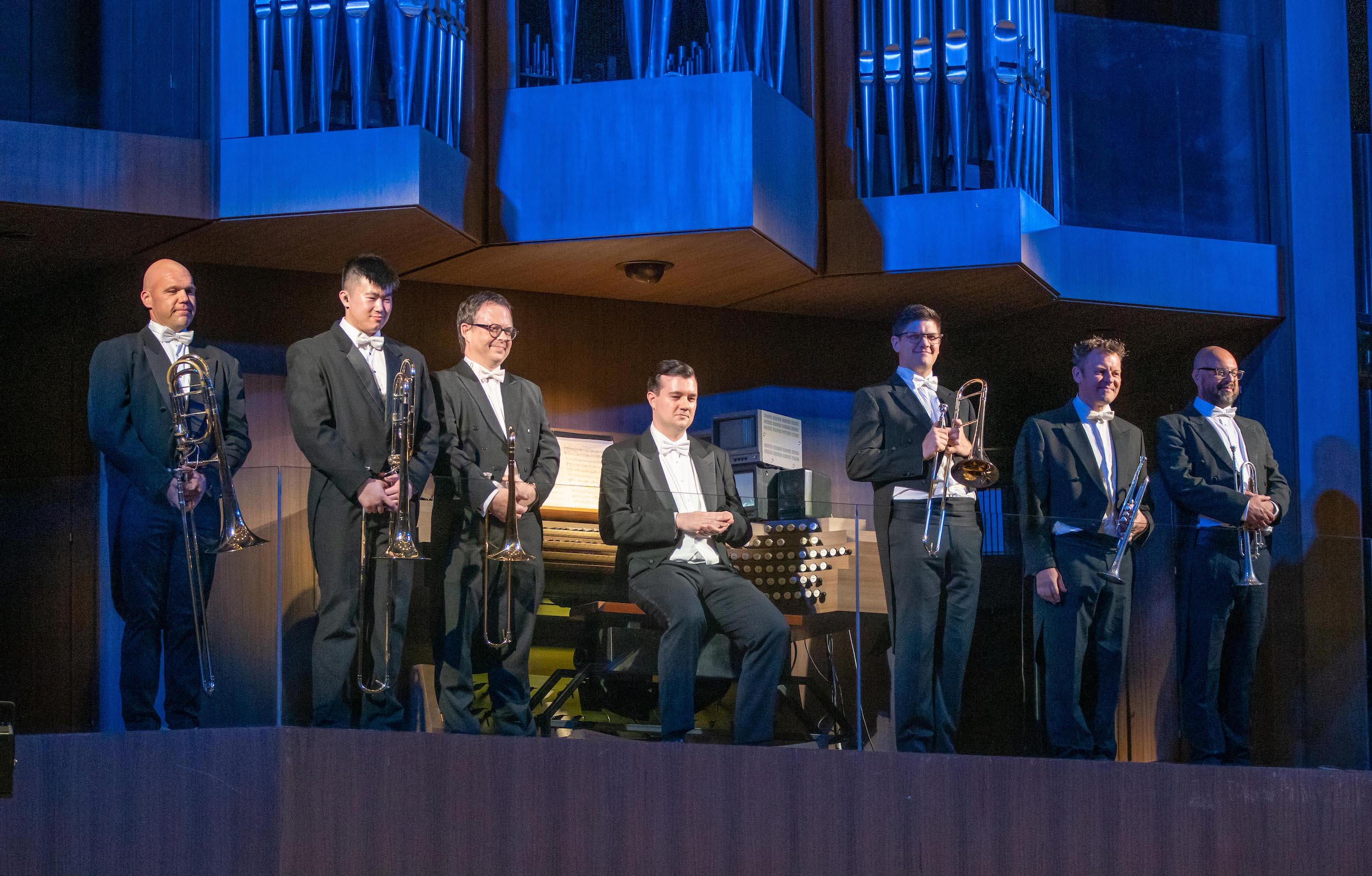