Behind The Scenes With The Cast Of Blithe Spirit

Theatre collective Bearded Zeus Productions invited us into their rehearsal space for a chat about their fresh take on Noel Coward’s classic farce, “Blithe Spirit.”

Bearded Zeus Productions is a young group of Brisbane actors who’ve assembled for their first production, which debuts at the Hamilton Town Hall on Friday 20 February.

Following an influx of revivals of the show, including a celebrated 2014 Broadway run starring Angela Lansbury, the show’s 18-year-old director Joe Howard has managed to secure the play’s working rights after two years of attempts. 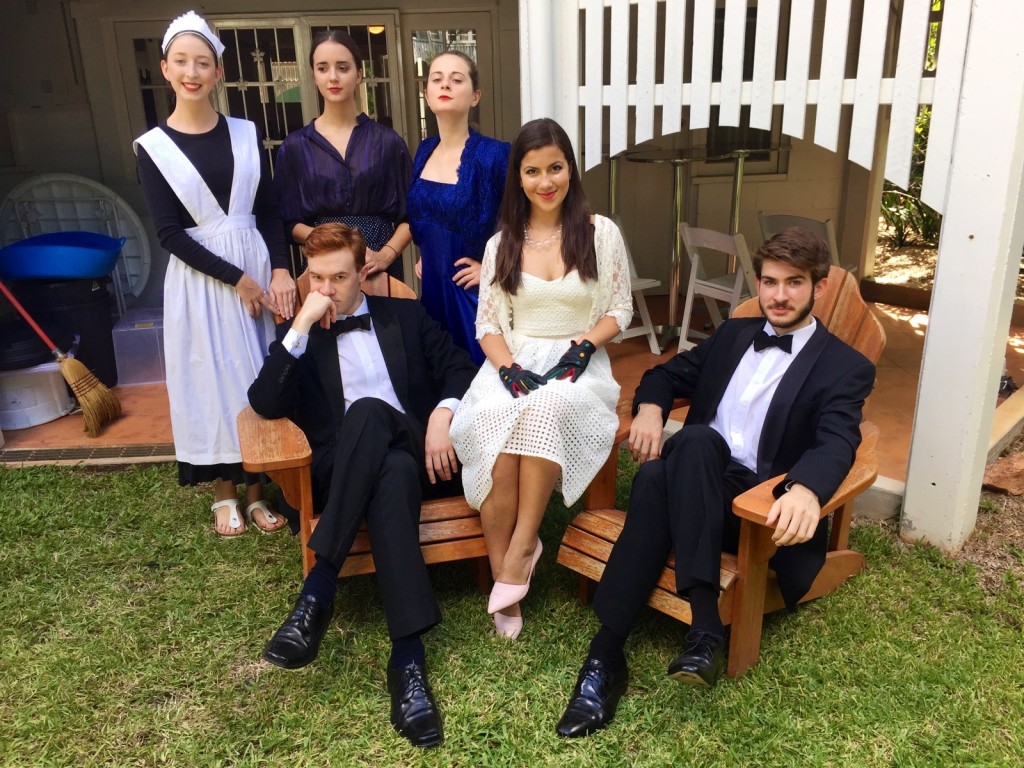 For the uninitiated, Noel Coward’s Blithe Spirit, written in 1941, tells the story of Charles, a self-important English writer who hires Madame Arcacti, a medium to conduct a seance in his home so that he may gain inspiration for his latest book on the occult. Chaos ensues for Charles and his wife Ruth, however, when she unwittingly conjures up the ghost of his long-dead first wife, Elvira, who is visible only to Charles.

The rest of the play follows his desperate attempts to exorcise the ghosts from his life â€“ but, of course, nothing goes according to plan. Can a play written 70 years ago still be funny in the same way it was in 1941? Joe Howard, who also stars as Charles, and actors Madeleine Semit (Elvira) and Anjelica Rush (Ruth) explained the show to me to me, and why Noel Coward’s wit is perhaps even funnier today.

â€œI think the brilliance of it is that it plays on the stereotypical concept of the English husband and wife but then throws them into a ridiculous situation,â€ says Angelica.

“He writes about marriage, death and mortality, ” says Joe. “These are things that donâ€™t exactly disappear after seventy years.

Madeleine adds that the shows draws attention to the parallels between romance in the 1940s and contemporary times. â€œToday, ex-boyfriends and girlfriends are all over social media â€“ you canâ€™t escape them, theyâ€™re in your face – and in this case, Charlesâ€™ ex-wife has come back as a ghost to haunt him. In this original production, too, there wouldâ€™ve been certain English norms that theyÂ  wouldnâ€™t have found funny, but when you bring that into Brisbane in 2015, that sort of uptight Englishness become ridiculous.” 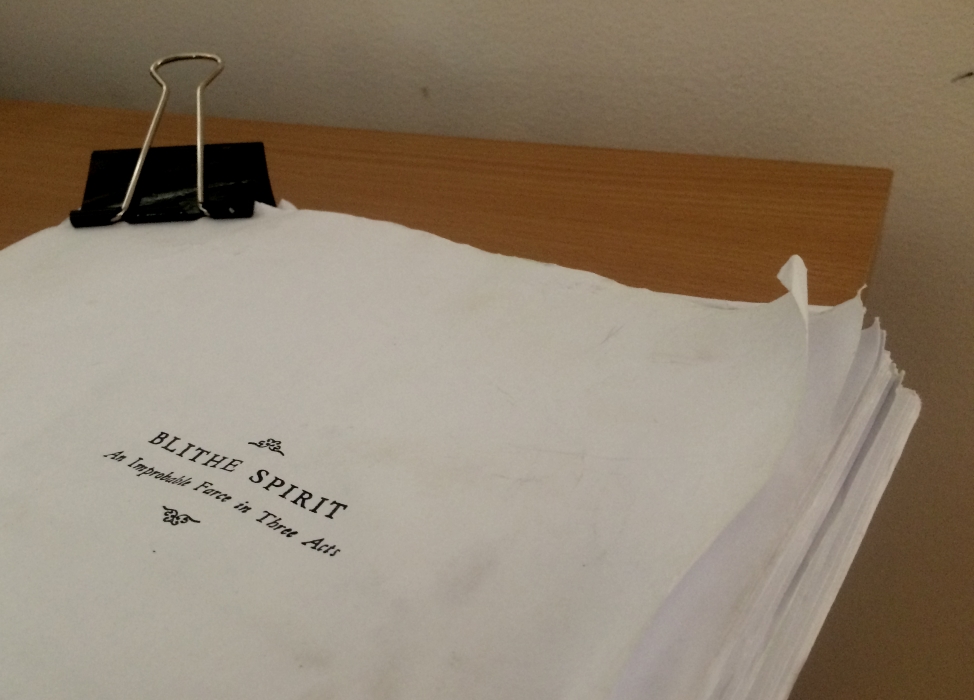 As the cast sat good-naturedly swatting flies and sweating through the Brisbane humidity in period dress and dinner suits before our photo session, the humour in this juxtaposition was only too apparent.

Joe adds: “We donâ€™t just let that slide, we play it up. Itâ€™s not meant to be a stiffly played production. We want our friends to come to it â€“ itâ€™s got to be accessible to all ages. The language is a bit of a mountain in this play, because the playwright enjoys creating very dense, cleverly worded text. In 2015 some of that text is very difficult to follow, so you have to express those feelings with your body.â€œ 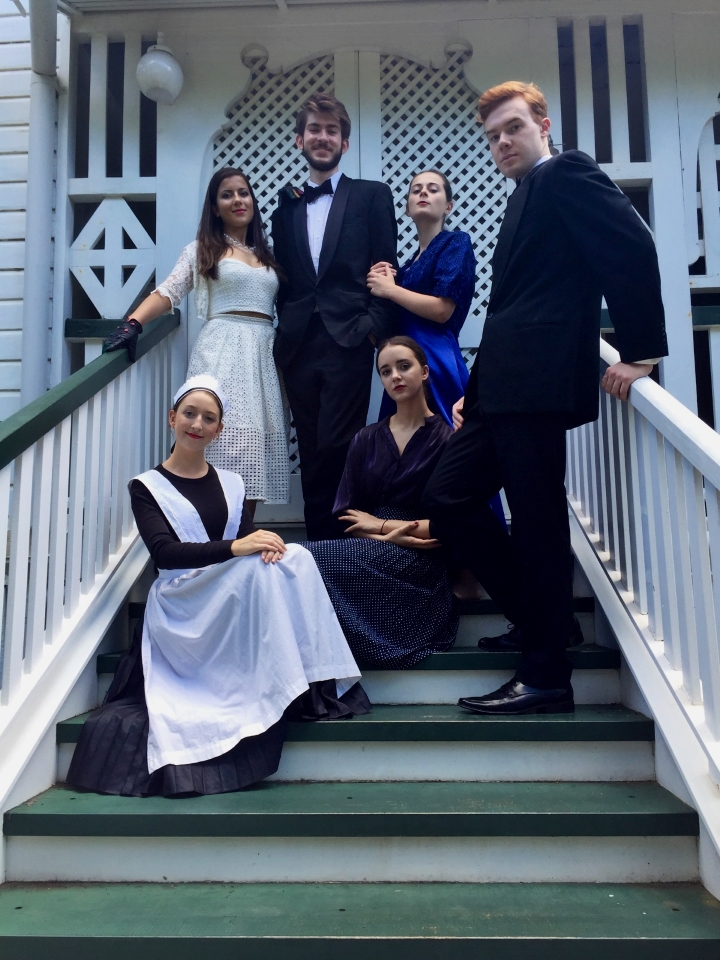 â€œDirecting involves a lot of artistic decisions,” says Joe on his mammoth task ofÂ directing, acting and starring in the production. “From how the play will look to helping actors to form characters to decisions on lighting and costumes – people think we just opened the book one day and put on the play, but itâ€™s not an easy process.â€

He was excited and optimistic about his fledgling collectiveâ€™s prospects in the wider theatre community when asked about the collective’s future beyond Blithe Spirit.

â€œWeâ€™re here for the community, and if theyâ€™ll have us back, weâ€™d love to stage some more shows. Itâ€™s just such a thrill being between 18-22 years old and being able to make our own artistic and business decisions.â€