Creative Drinks was invited to attend the Launch Party of Ben and Jerry’s Sundae Sessions Open Air Cinemas. Take a look at what we got up to.

Gates opened at 4pm and we were welcomed by a massive TV screen in the background, followed by at least 100 deck chairs and bean bags. We grabbed our yellow blankets, the first round of Ben and Jerry’s ice Cream and went in search for the nearest seat.

After we found our deck chairs we went and explored all the games and activities there were to do.

There was Cow Jenga, 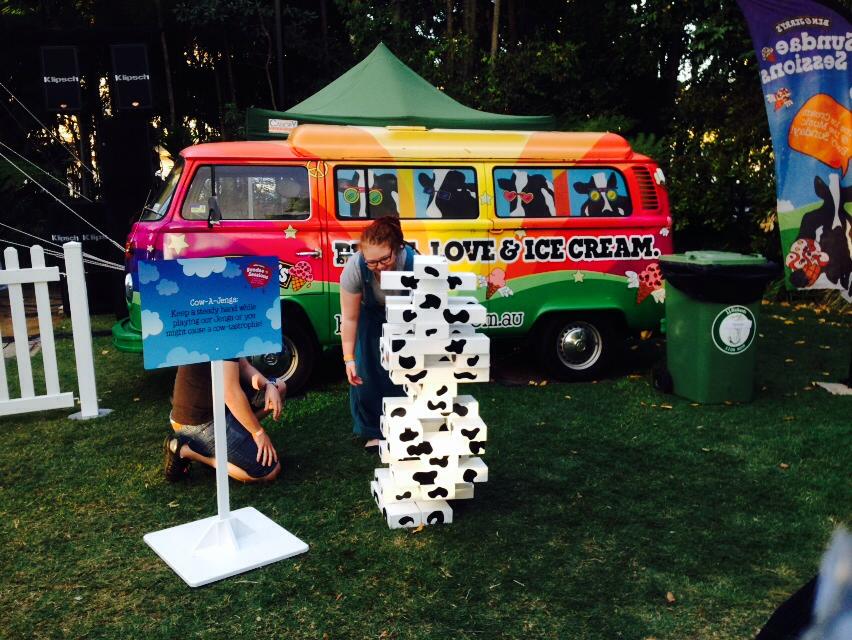 Mini Putt-Putt, and a strange game where you had to turn over the cow dung to see if you were a lucky winner! 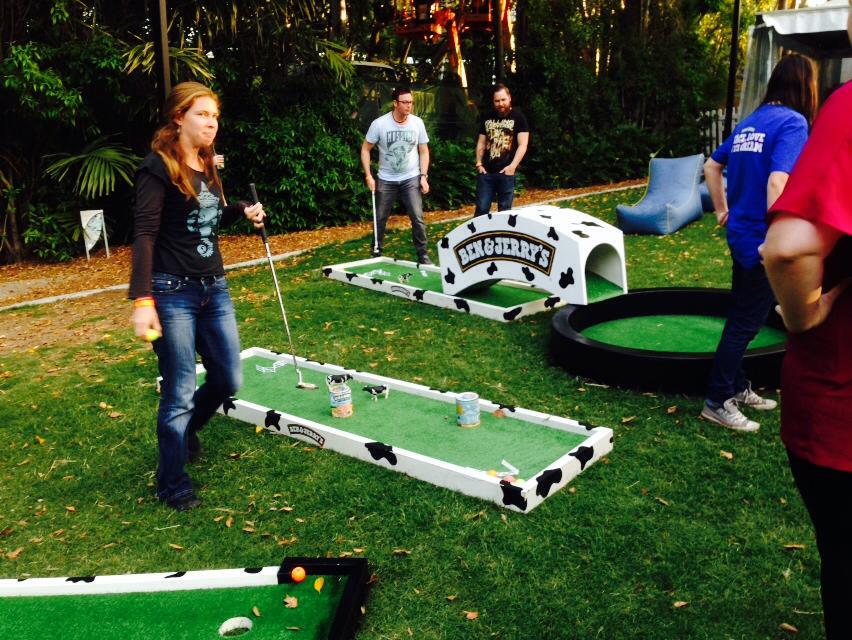 After our second round of Ben and Jerry’s ice Cream (it was unlimited!!!), we got our photo taken by one of the staff members before finding our way to our seat to watch the first band play. 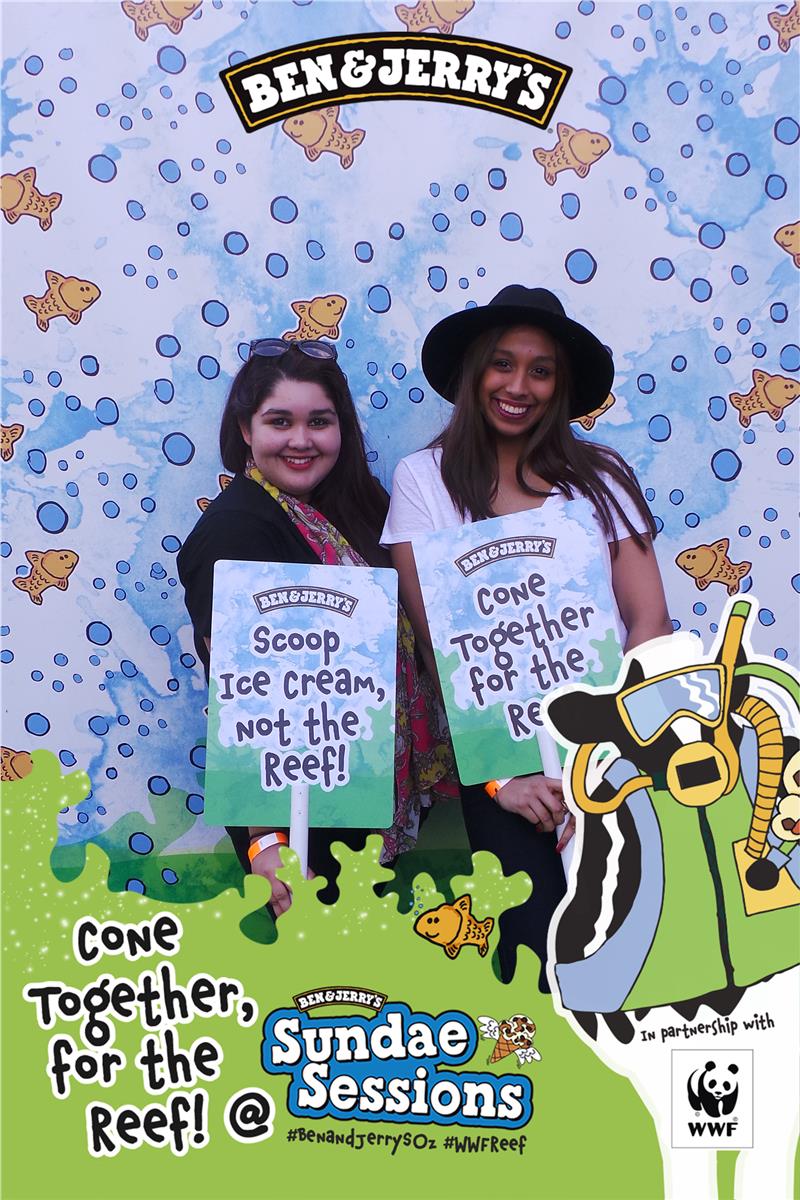 At 6pm, Melbourne-based band, Husky performed a live set and got everyone dancing and having a great time. It didn’t stop there though, located at the entrance was the Jar Bar and Vespa Pizza for those who wanted drinks and food after the ice-cream! 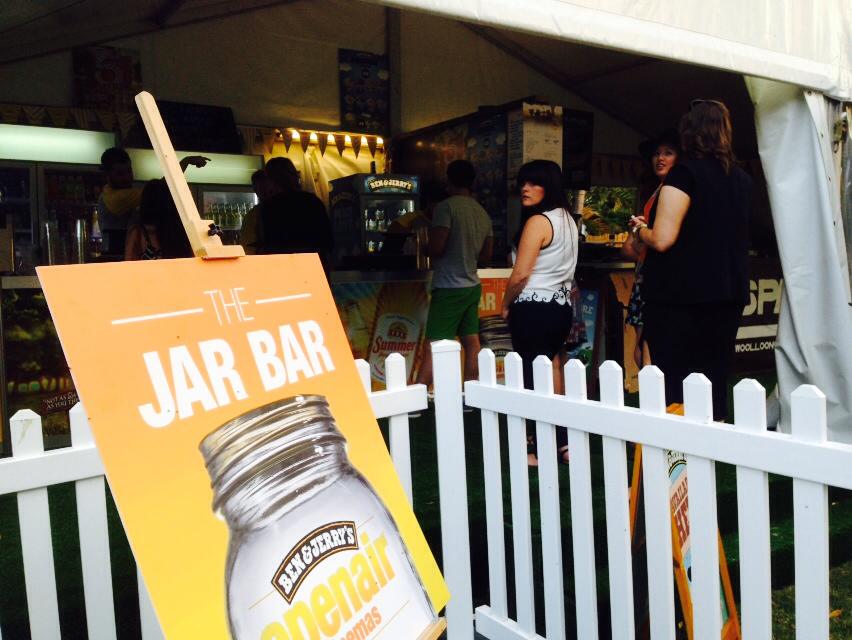 After Husky, there was a short break before the movieÂ What We Do In The ShadowsÂ started playing. Sundae Sessions at South Bank have just gotten better with musical acts and games during the afternoon, and a movie on a massive TV during the sunset and through to the night. If you plan to attend (and you should!) expect to have a fun, chilled and relaxing afternoon and night under the stars. 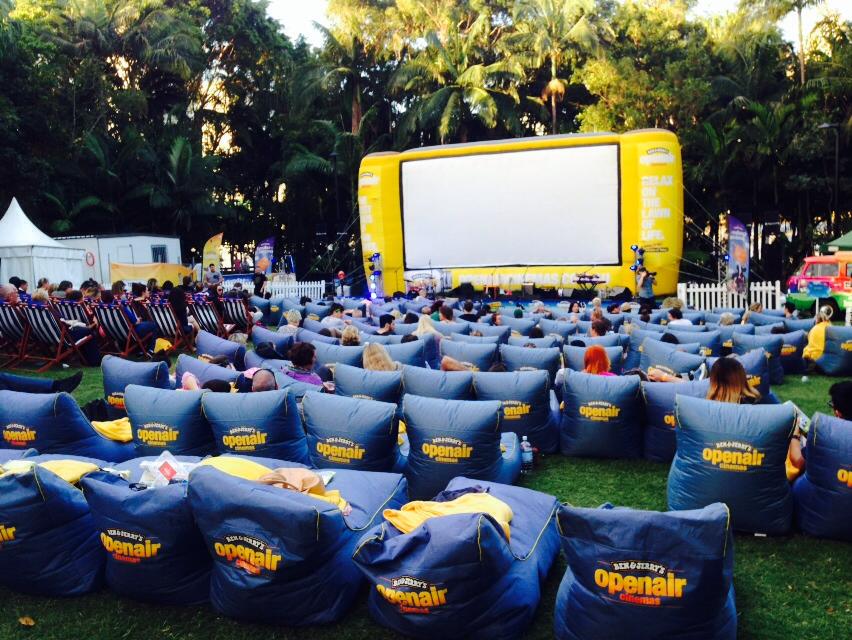 When:Â Every SundayÂ until the 9th of November

Where: Rainforest Green, Near the Wheel, Southbank

More Info: The Jar Bar is reserved for 18+ patrons only

What’s On In October