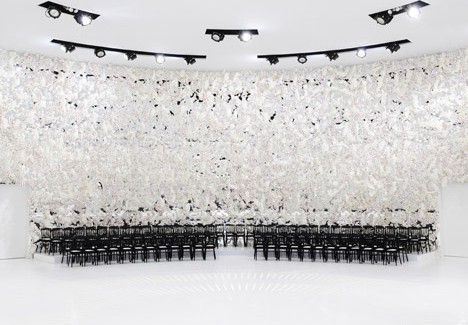 There is nothing more dreamyÂ than Haute Couture shows.Â Front rows areÂ embellished with celebrities and socialites anticipatingÂ  beautiful works by some of the greatest designers. With Paris as the backdrop to such an amazing event, it’s hard not to become fully immersed in the decadence and frivolity of it all.

Haute Couture shows are the epitome ofÂ luxe fashion.Â Not only is the clothing crafted out of rich fabrics dripping in adornments, theÂ venues themselvesÂ areÂ works of art. Consider Dior’s show which nonchalantly featured a runway linedÂ with 150,000 white orchids.

When designers are given free reign, they will create collections which are eccentric, labour intensive andÂ expensive. Their creationsÂ will be coveted by A-listers and commonfolk alike.

While it is incredibly hard to pick a favourite, I have managed to chooseÂ 3 of my favourite shows at Paris this year.

The 40’s style accessories given to the models- headscarves and round sunglasses- completed the look and made us all wish we were lounging around the gardens of Spain.Â 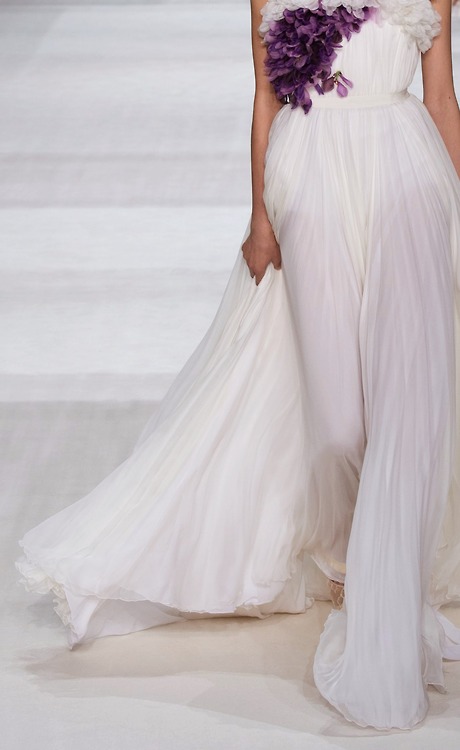 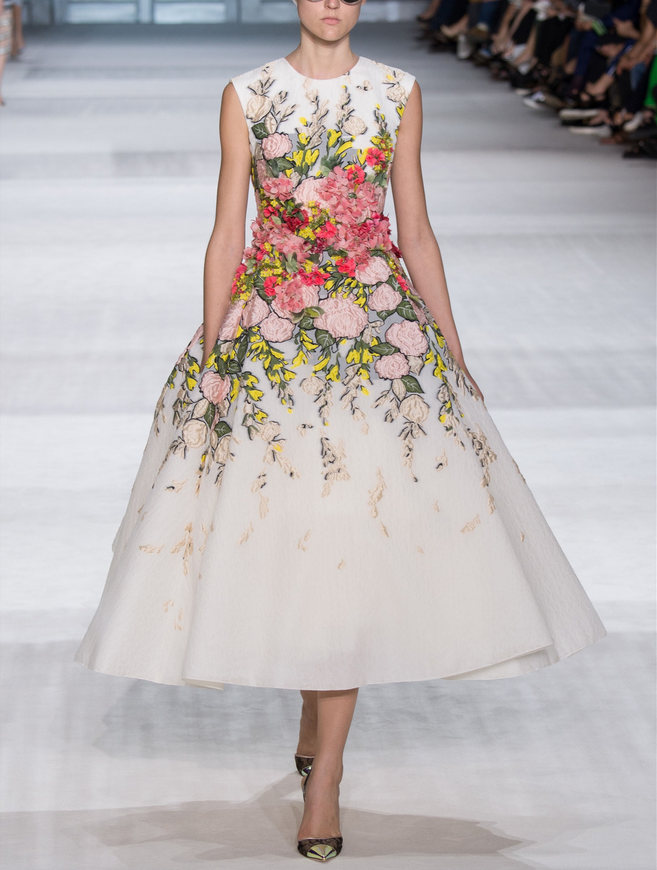 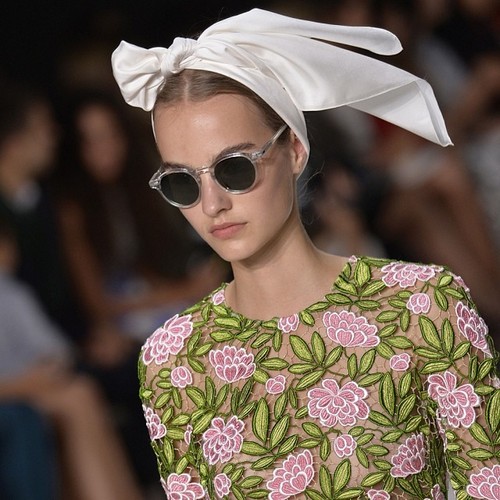 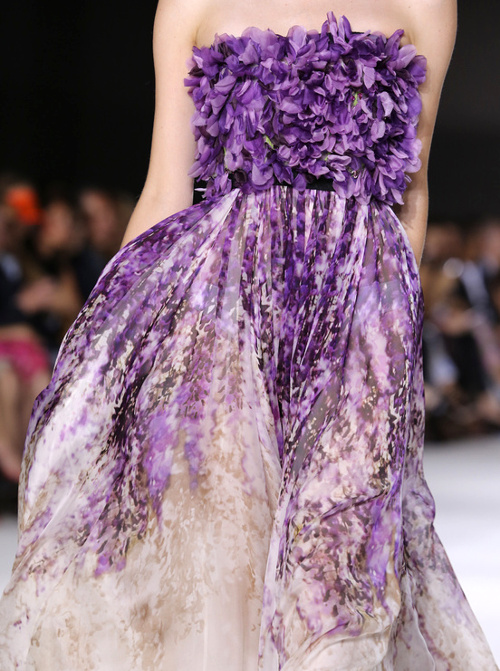 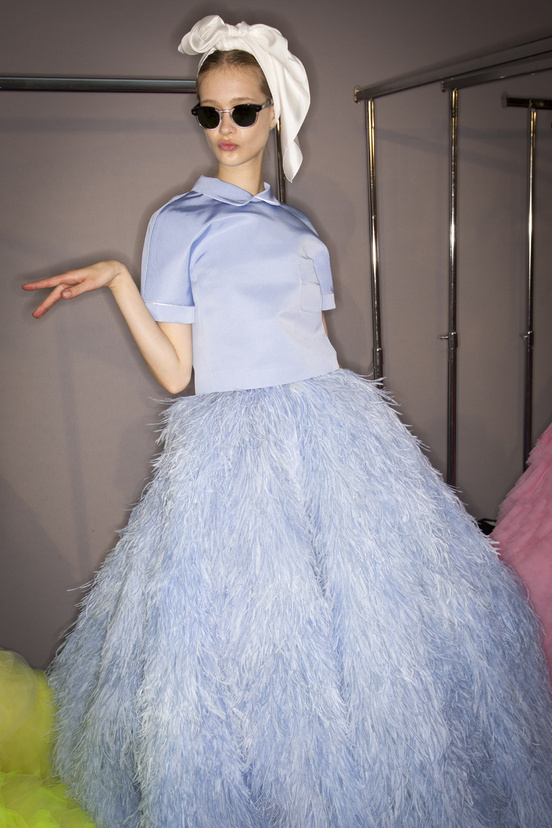 Before I profess my love for the Dior show, let’s just observe the amazing front row fashion sense of Jennifer Lawrence, Emma Watson and my personal favourite Olivia Palermo: 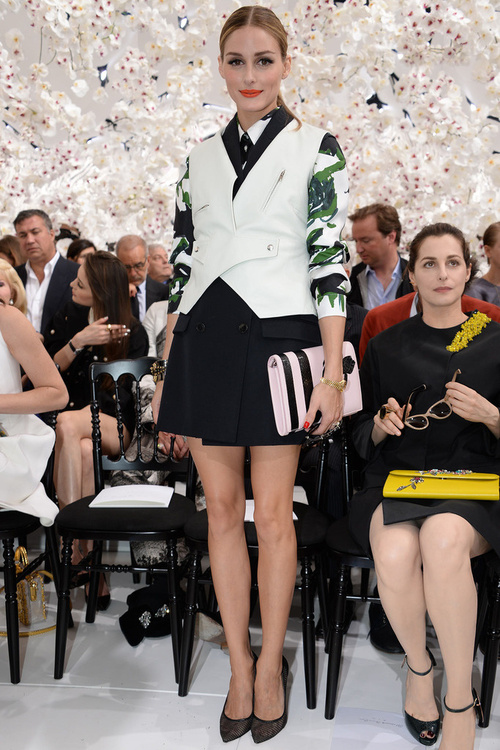 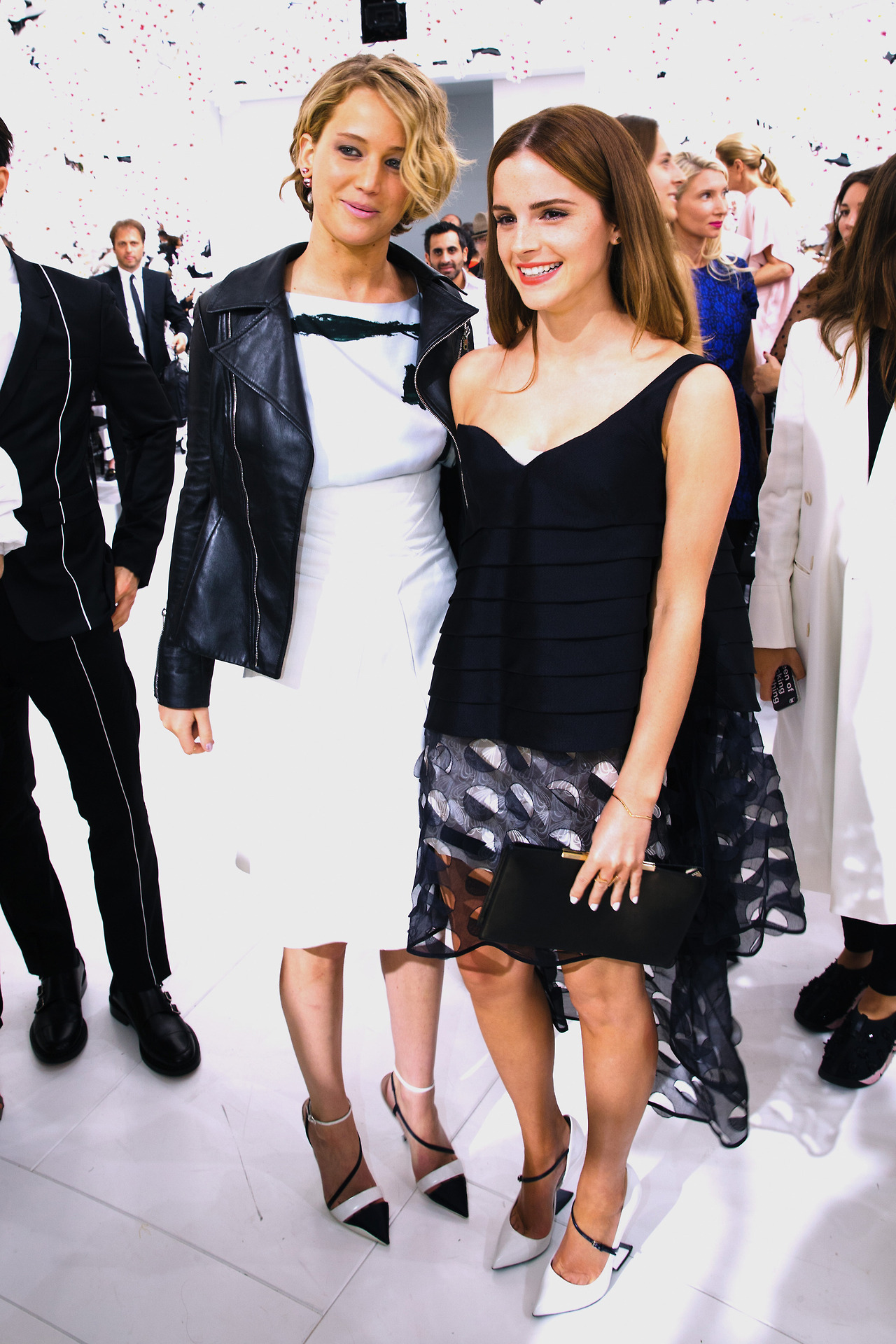 Dior, the quintessential French fashion house lived up to its glamorous name, putting on a spectacular show at the Musee Rodin.

On first glance, the showÂ seemed incoherent and disjointed with no theme. EverythingÂ from delicate pastel dressesÂ and crepe ruffled skirts to heavy military style coats were on display.

On second inspection, it was revealed that Raf Simons was telling us a story about fashion through the ages. Jacquard corsets and full skirtsÂ in blues and silversÂ Â told us about the 18th century. Utilitarian coats in khaki greens and navy bluesÂ symbolised wars fought.Â 20’s style embroideredÂ flapper dressesÂ and 60’sÂ inspired shift dresses were an ode to the 20th century. Raf didn’t forget the present and beyond presenting space-age jumpsuits which were feminised with sparkly thread and waist-cinching belts.

The cherry on the cake has to be the clog/mule/stiletto hybrid shoes in primary colours that were featured on almost every model. I think I’m in love. 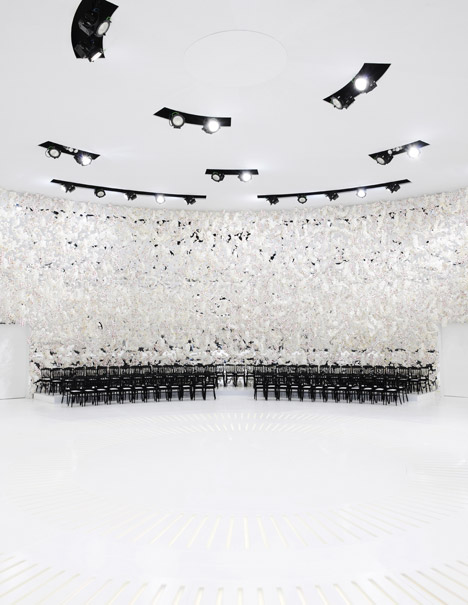 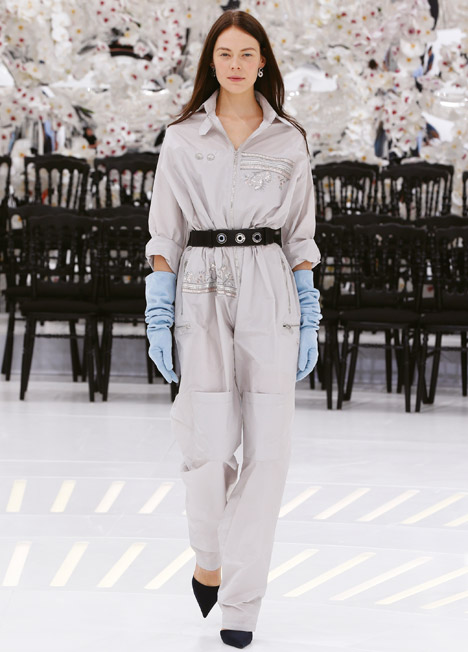 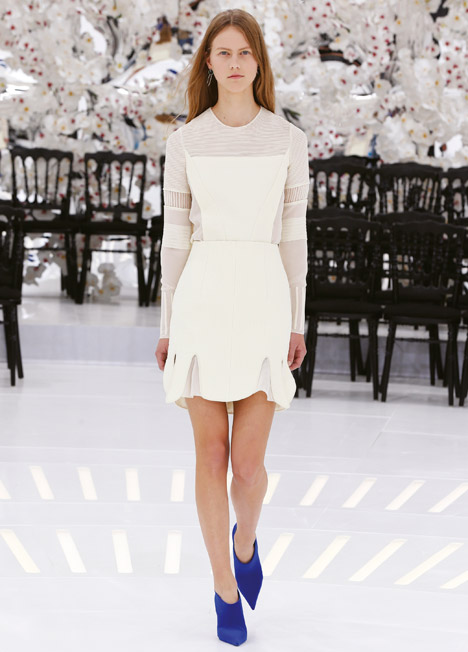 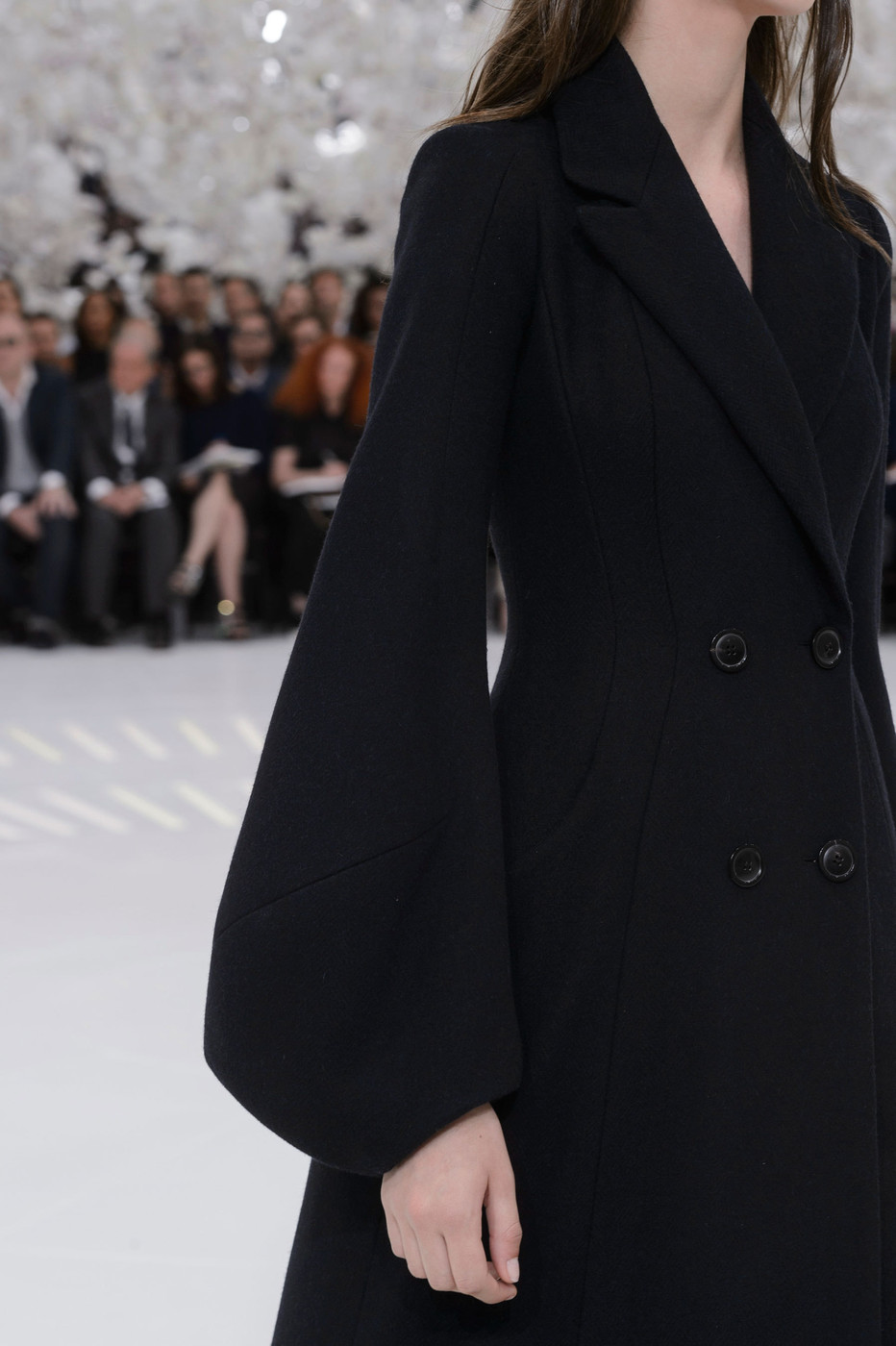 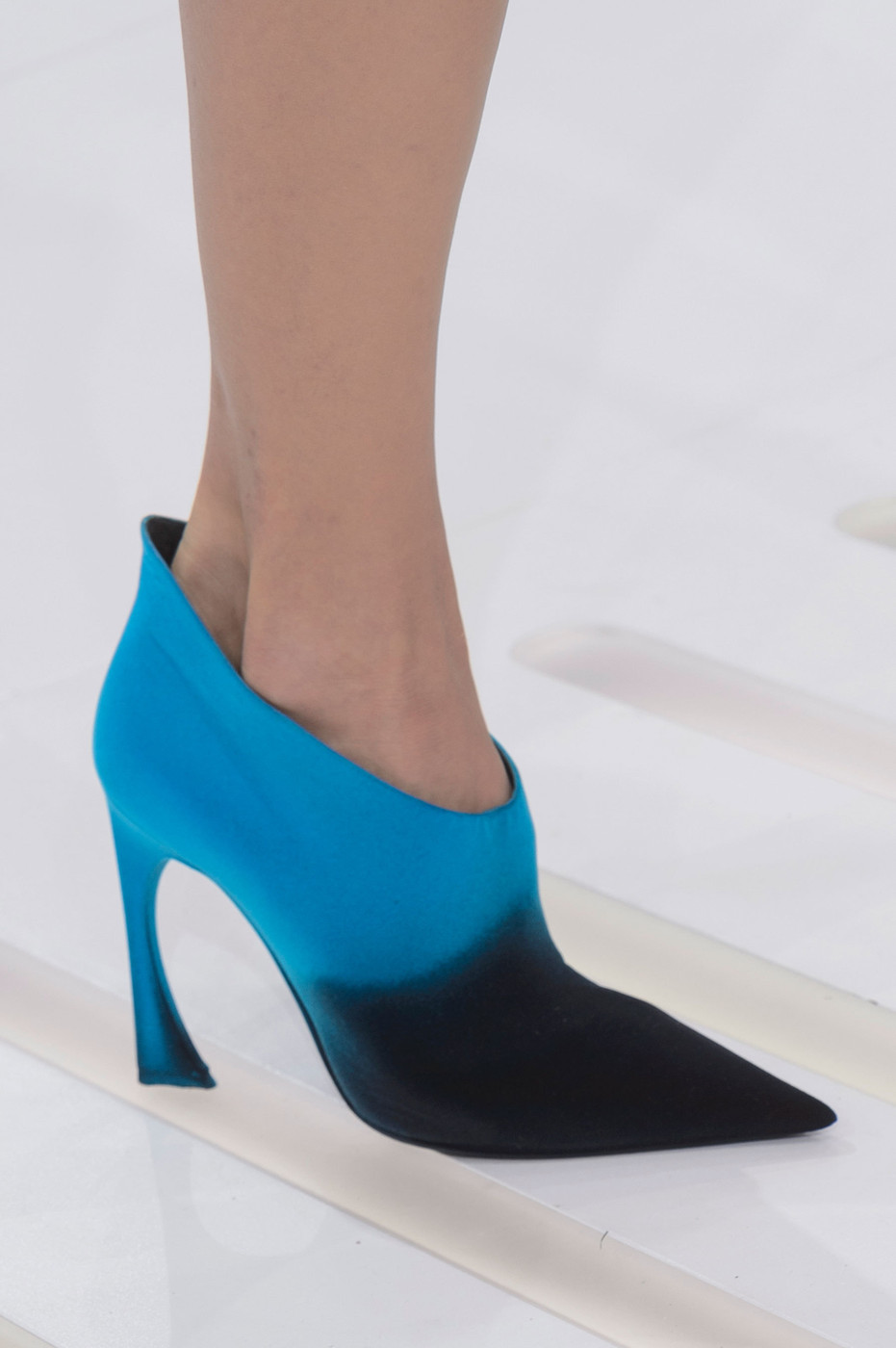 The runway lined with lush greenÂ leaves took on the role of an enchanted forest.Â When the show began, it seemed as though birds, insects and magical creatures were emerging. Models were decked out in feathered collars and capes,Â lashings ofÂ gold lace, embroidered florals, gothic flowing chiffon with metallic accents and extreme gladiator sandals to top off the look.

The brains behind the brand somehow always manage to keep to the Valentino aesthetic while changing it just enough to keep it fresh and exciting. 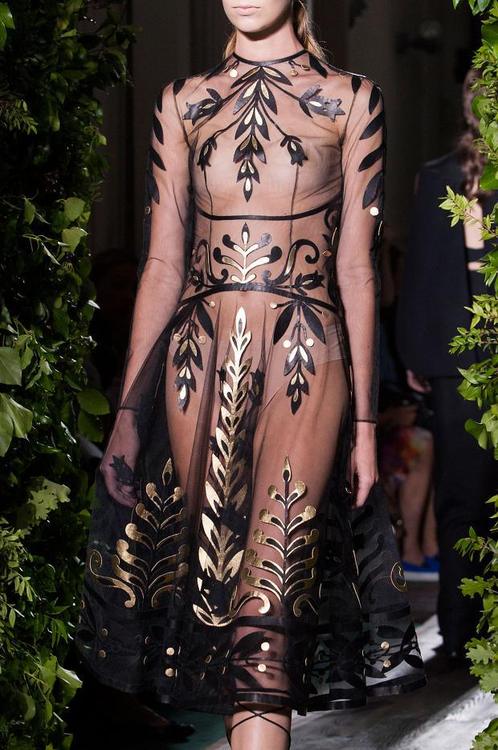 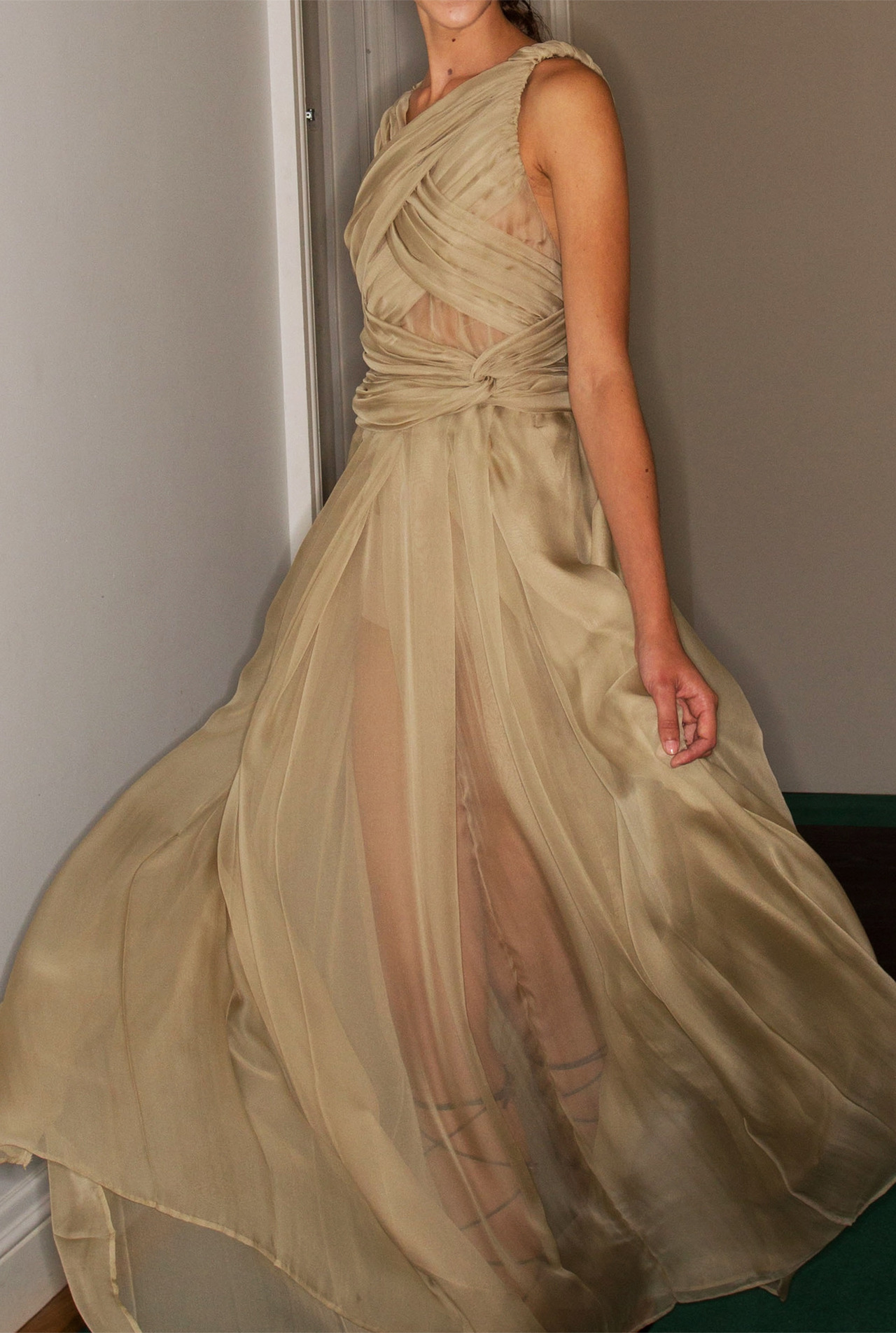 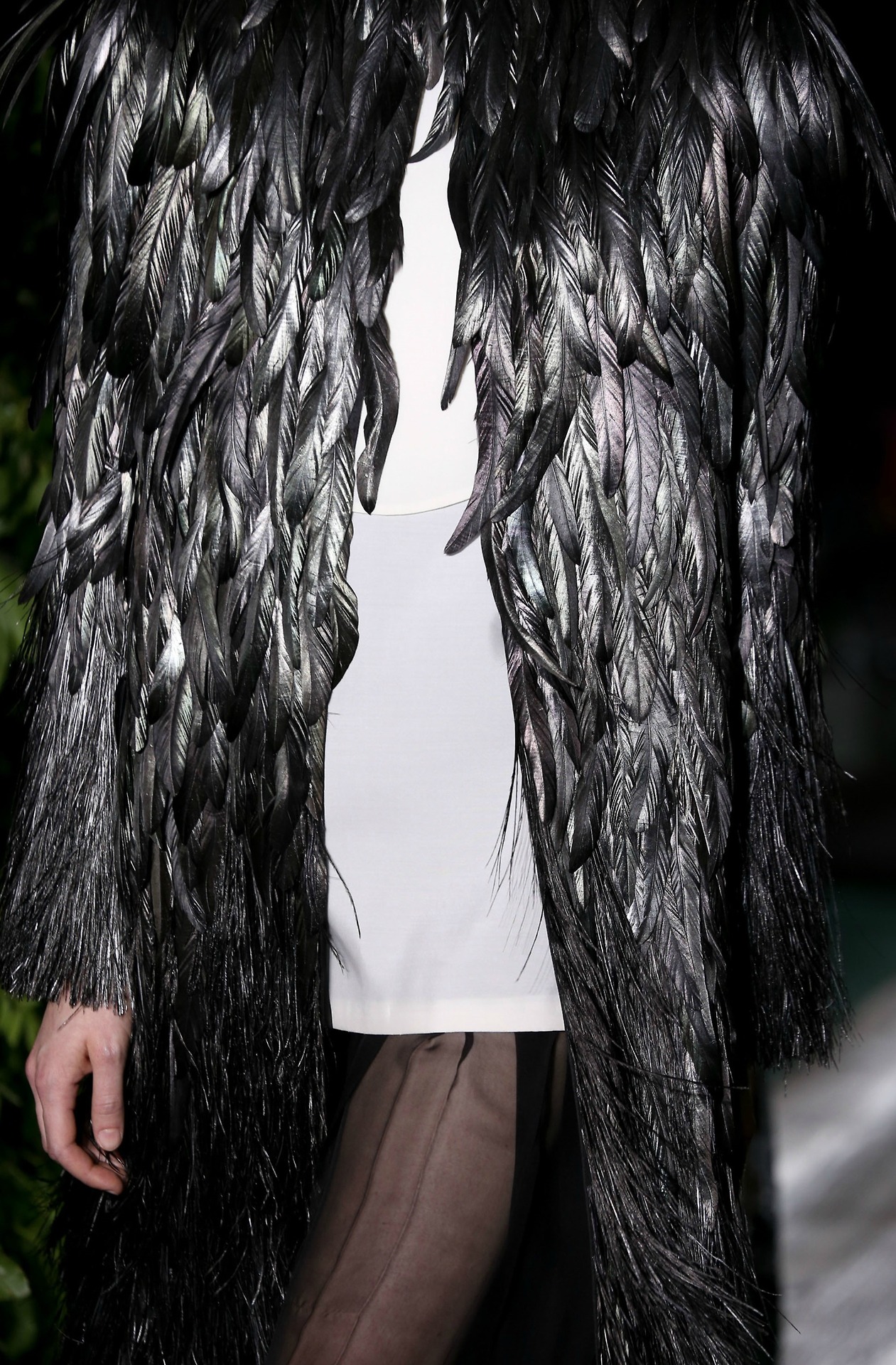 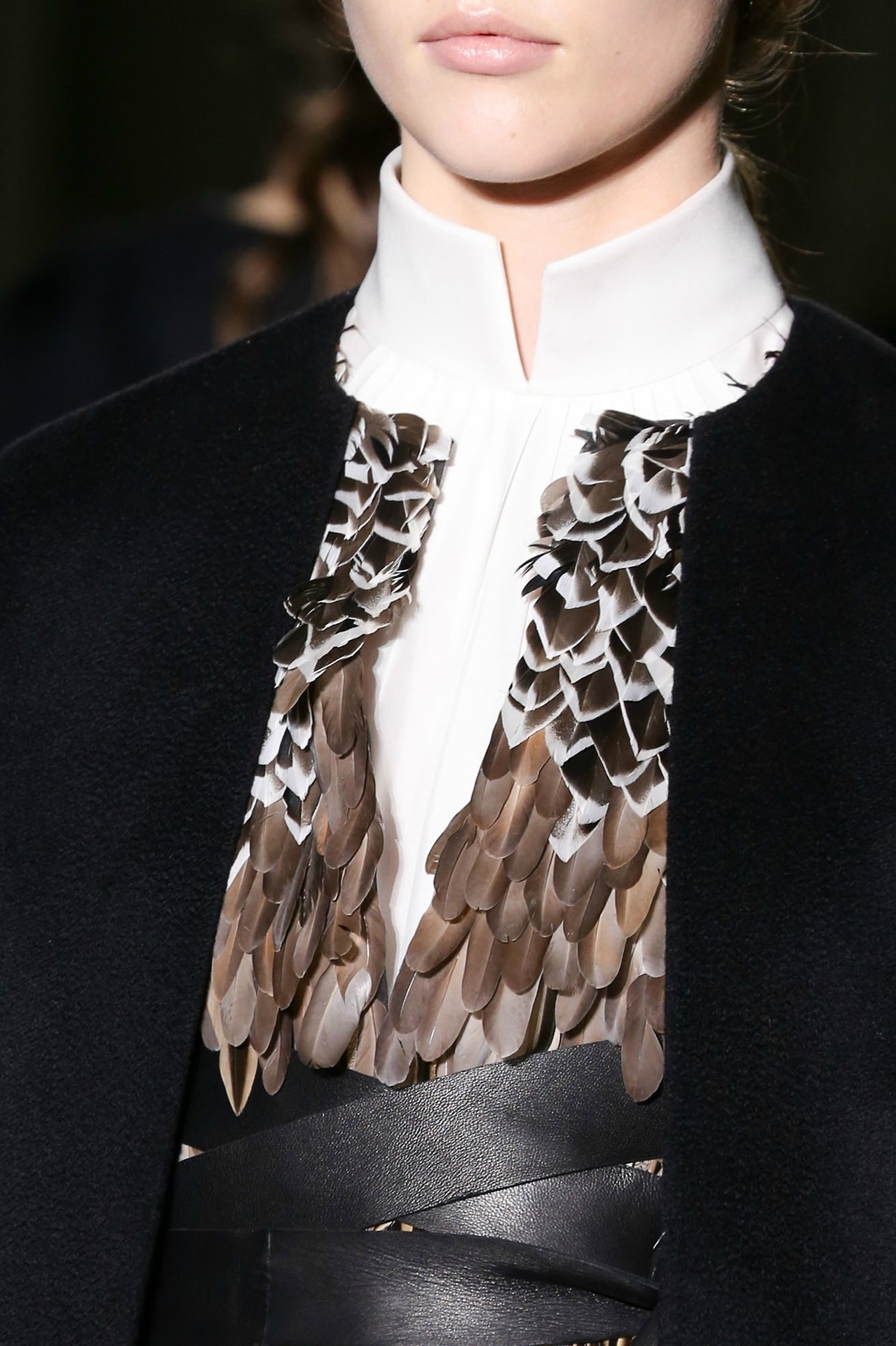 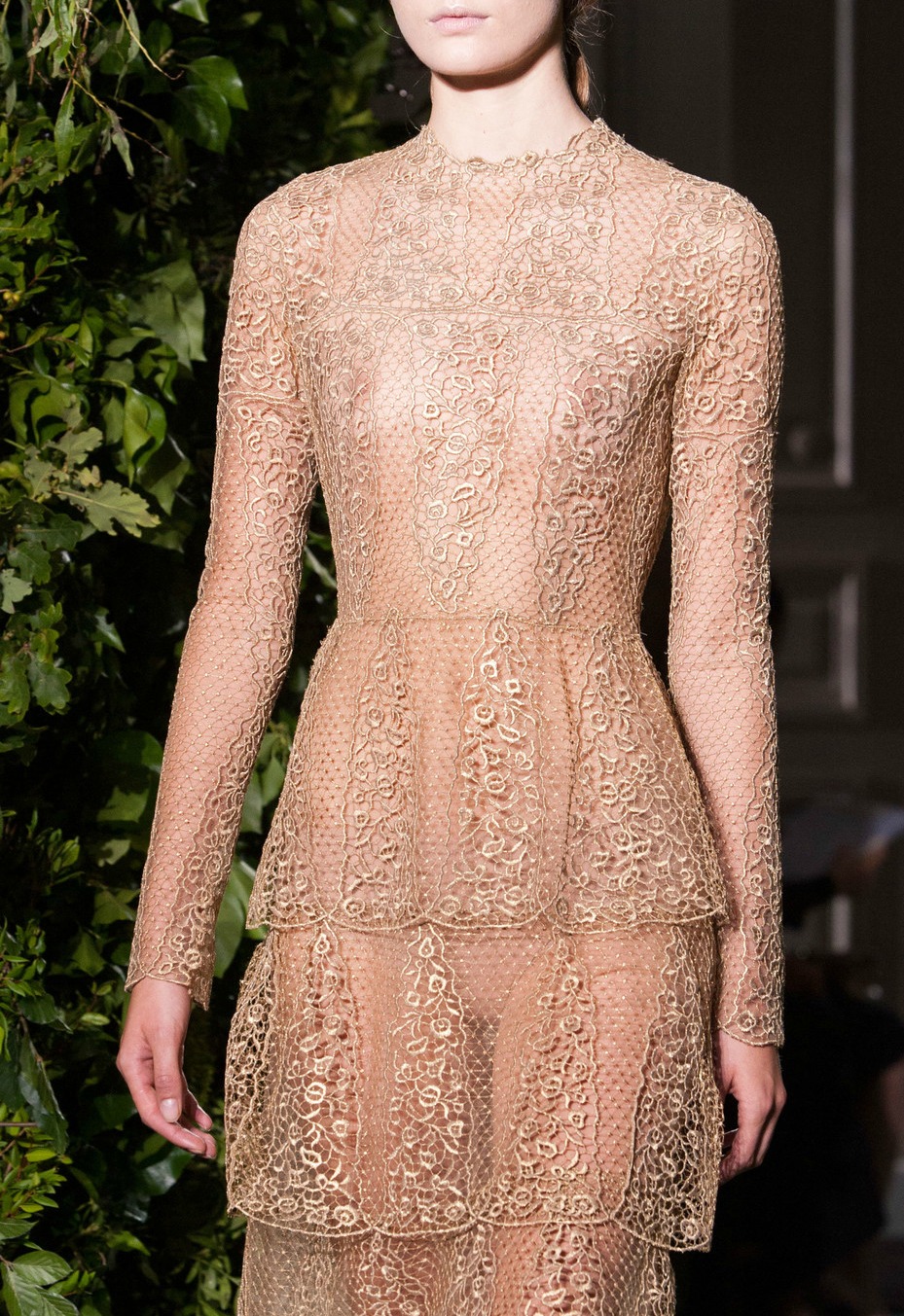 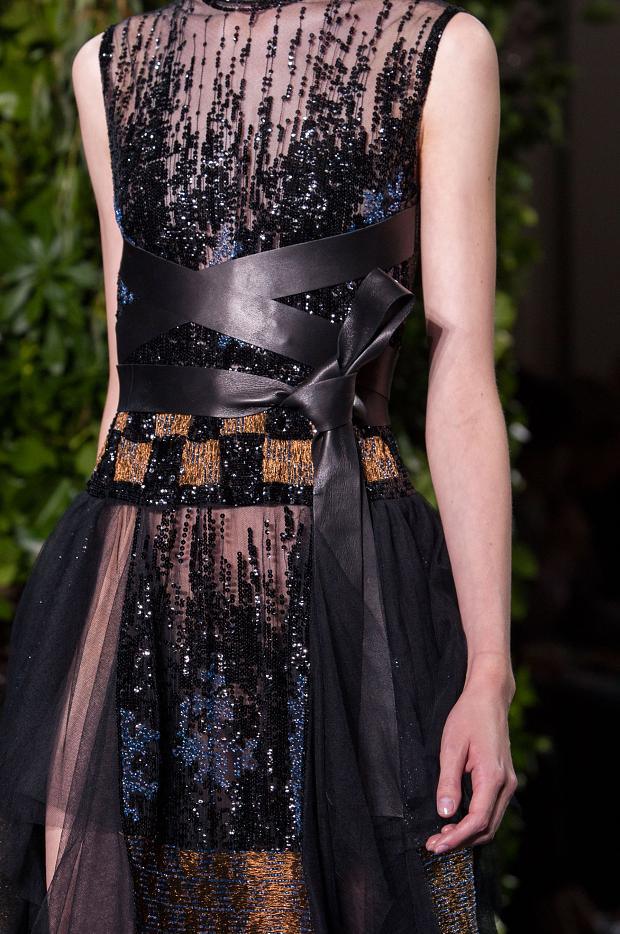 Here’s to another year of decadence on the fashion front. Haute Couture forever!