Currently touring the Western Queensland outback, Bianca MacKail is taking in the sights and sounds – or better yet, the lack thereof.

As she gears up for her next Brisbane show Under My Eye, part of the Wonderland Festival opening on 28 November, having the chance to get in touch with nature is grounding for the circus performer where things can often feel like an illusion.

Part of a circus collaborative called GUSH, MacKail is one of the best acrobats currently performing, a title she humbly denies. Nonetheless, she has been able to support herself consistently as a circus artist for the last 15 years.

Presented by GUSH and directed by another of its members Celia White, Under My Eye notes the chatter in our heads that we all experience.

“As humans evolve, there’s been more acknowledgment in society that we have this internal chit chat. You might occasionally meet someone that goes, ‘What voices?’ But that’s bullsh*t,” said MacKail.

“We all have it and as soon as we reflect on that, that everyone else [has] that same busy mind, constantly finding story and dissecting and judging all the information that we’re seeing through our eyes, we can start to understand each other a lot more because we know that we’re all in the same boat.” 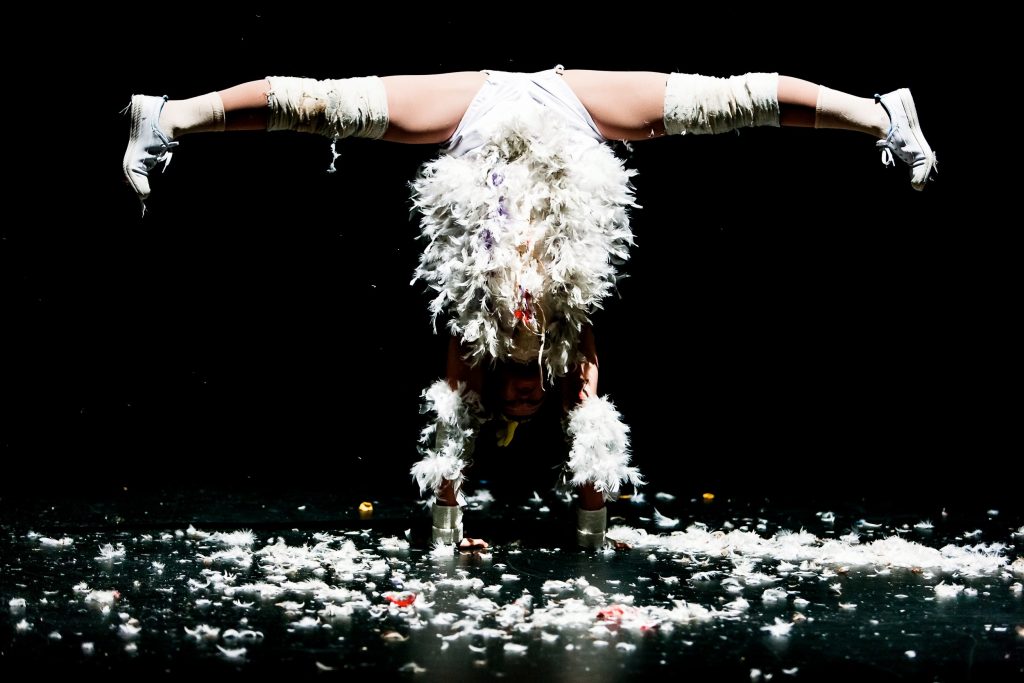 Although when she was younger, MacKail admits having dreams of performing with large companies in big groups. Yet, she’s found that solo projects seem to better suit her personality.

“I do think I work better as a solo artist but working with Celia – and we’ve worked together for quite a long time now – or just having that one person [who] helps to prod me and ask me the right questions at the right time and reflect on ideas [is beneficial],” she said. “So maybe it’s not completely solo.”

MacKail first trained as a gymnast before adding dance lessons to the mix. Now, she’s considered part of the circus industry and is an advocate for a better understanding of the reasonably young art form. Let’s just say it’s not all sequins and spangle as many audiences expect.

“There’s not even a proper name for it,” said MacKail. “I still like to call it circus because I think it’s important that we’re challenging our audiences to look at what they think circus is. Circus can be theatre. There’s so many different aspects of theatre but we just call it theatre. That’s such a broad term. But when you say the circus it’s so pigeonholed to an idea.”

MacKail goes on to say that when people come to see circus arts and the expectation of trick-present-applaud isn’t met, they don’t know what to do with it. Still, recognizing the challenge she understands her role in helping audiences question those expectations.

Apart from Under My Eye being a “fabulous show,” it’s sure to challenge your expectations of circus arts. 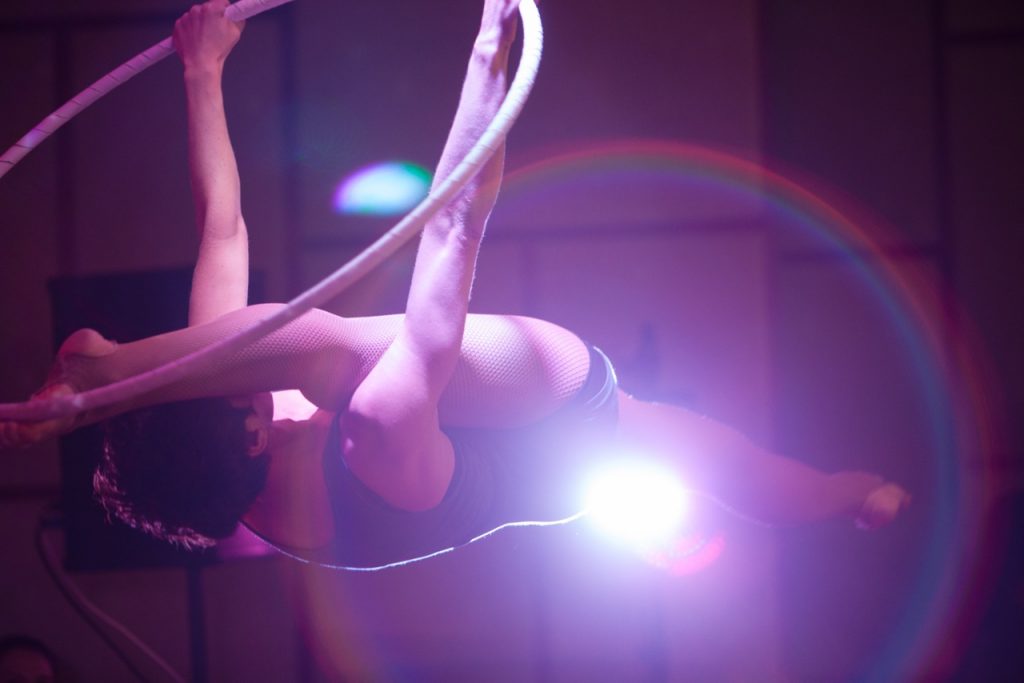 To prepare for a show, MacKail has a training session or something physical to get into her body and make sure her muscles are functioning as they should. Then, she does a lot of visual rehearsal in her head.

“If it’s an act or a routine, I will do that routine ten thousand times in my head with the music,” she explained. “If it’s a text-based routine, I will say those things and internalize it. I completely visualize the routine how I want it to be.”

As an arts city, MacKail has seen a lot of great work come out of Brisbane and “can’t advocate for it enough.”

“I think Brisbane is phenomenal in the arts scene because we’ve had to do it tough. I think the serious lack of funding in the state is shocking but in saying that, I make work because I have to make work. For that internal need to make work,” she said. “And I think a lot of artists are completely in the same boat. So, they do it anyway. They make it happen. I think there’s something about that in places where people do it a little bit tough, it makes them stronger and resilient artists.” 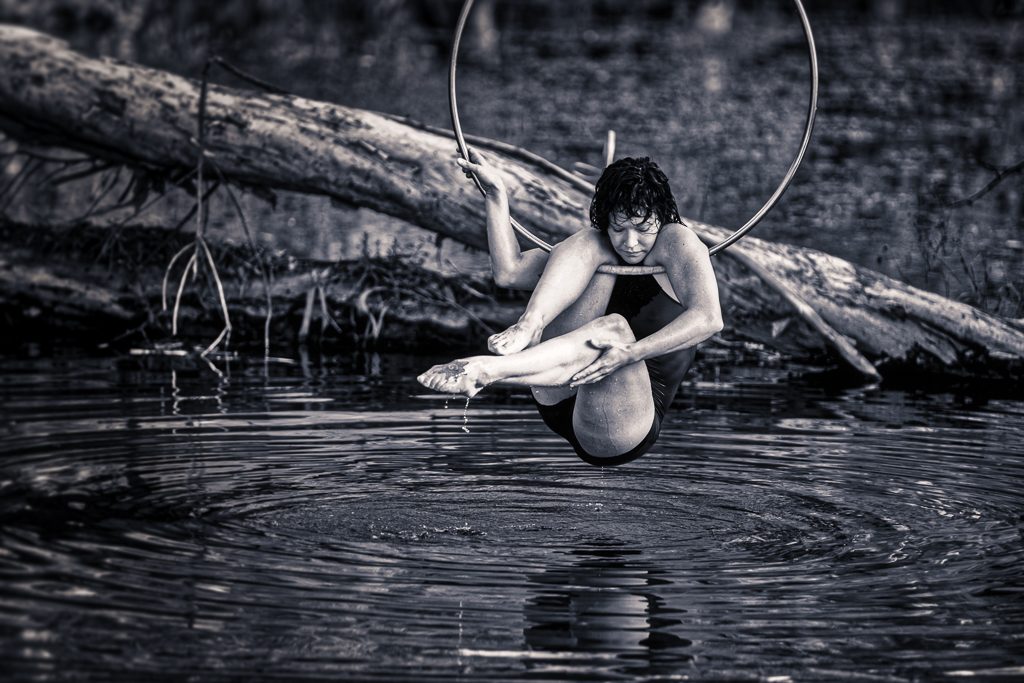 Although Brisbane might not have as much “cushion” as artists in other Australian capital cities, interest around circus theatre is growing. To see it for yourself, grab yourself a spot to see Under My Eye next month at the Brisbane Powerhouse.

What: Under My Eye at Wonderland Festival 2019