Space for Cycling Brisbane are bringing back the Brisbane Bicycle Film Festival this Saturday to showcase local film talent and spread their message for a cleaner tomorrow.

The event, held at the Schonell Theatre, will put the spotlight on short films created by Brisbane cyclists that explore the city from a point of view seldom scene in filmmaking. On top of that, the feature documentary, Motherload, will also be shown.

We had a chat with Space for Cycling Brisbane spokesperson Belinda Ward, who spoke about the festival and why the volunteer organisation is so passionate about what they are trying to achieve.

The Creative Issue: What excites you about this year’s Brisbane Bicycle Film Festival?

Belinda Ward: I’m really looking forward to our feature film Motherload. It has been described as a “crowd sourced documentary about how cargo bikes will save the world”. It certainly feels like the world needs saving right now, so this is the perfect time for it!

We also have a collection of great short films which were selected as finalists in our competition Brisbane Bike Bites. It’s a celebration of the diversity of cycling in Brisbane – on the roads, on the pathways, and well off the beaten track. We have romance, comedy, adventure, satire, drama… and that’s just on the ride to school. 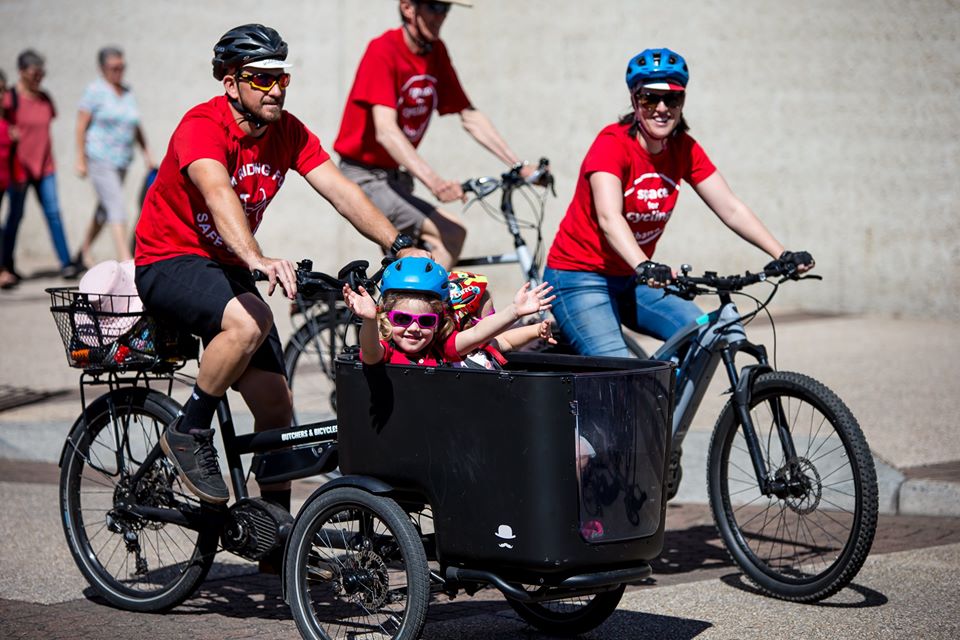 TCI: What unique perspective does a cyclist bring to film?

BW: Cycling gives you a different view of the city, and a chance to enjoy it at your own pace. It’s much faster than walking – so you can travel further – and much less restrictive than driving. Being on a bike tempts you to go out of your way for a good view – for example to see the glassy water at dawn, or the reflections of the city lights in the river at night. You also have a chance to interact with people (and sometimes with pets and wildlife) you encounter on the journey in ways that aren’t impossible when you’re in a car.

TCI: Can you tell us a bit about the feature film Motherload?

BW: Motherload is an award-winning crowd-sourced documentary about a new mother’s quest to understand the increasing isolation and disconnection of the digital age, its planetary impact, and how cargo bikes could be an antidote. The film explores some of the history of bicycles, and their role in shaping social change and empowering women. It also takes a look at the phenomenon of “bike-lash”, a term coined to describe some people’s angry reaction to what they perceive as a take-over of “their” space by people riding bicycles.

People often say they need a car because they have to transport kids or goods, and a bicycle isn’t up to it. But cargo-bikes change that. Motherload explores the themes of movement-building, activism and courage to “go against the grain”.

TCI: What advice would you give someone looking to attach a camera to their bike?

BW: High quality digital action cameras are now quite affordable. Most of them offer attachments so that they can easily be mounted on your handlebars, helmet, seat-post or luggage rack – but careful of bounce which can give the viewer motion sickness if your camera doesn’t have image stabilisation. Of course, you can also just pull out your mobile phone and capture video of things you see along the journey. But beware that using a mobile phone while cycling is illegal, and you could be up for a $1,000 fine. So, make sure you’re stopped and off the road before you touch your phone!
My primary piece of advice for a bike-mounted camera: make sure it’s recording. Something memorable, dramatic, or weird always seems to happen when I’m riding, and my camera is off! 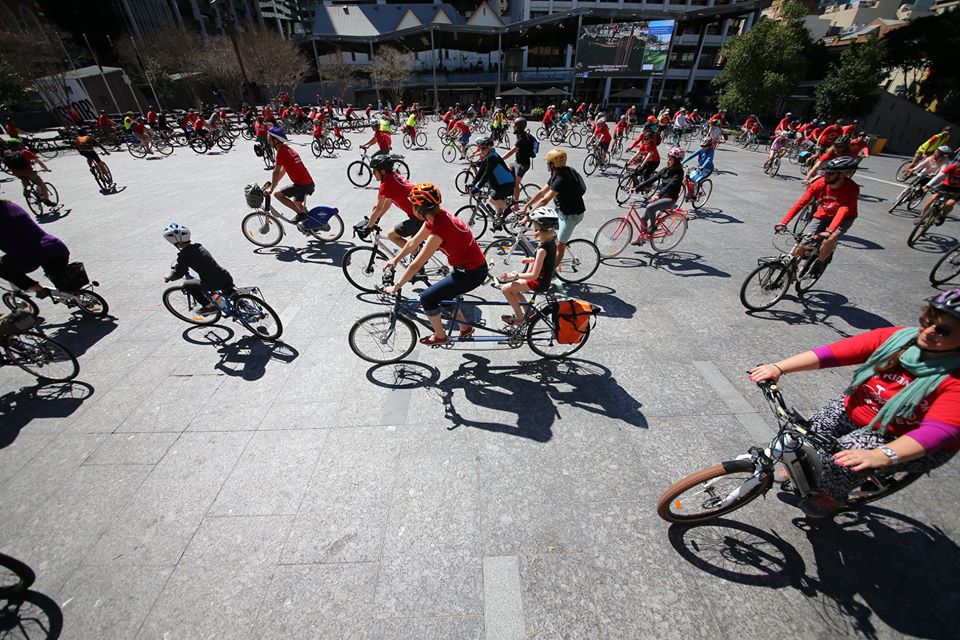 TCI: Anything else we should know about the festival?

BW: Minister for Transport and Main Roads, Mark Bailey MP will be opening the film festival at 6:15pm in the Schonell Theatre at UQ St Lucia. Before that, we have a cargo bike expo from 5pm where you’ll have a chance to meet people who own and ride these bikes in Brisbane, and to check out some of the different styles available from local retailers.

You can arrive in style by joining the Brisbane Style Over Speed ride from King George Square leaving promptly at 4pm. As the name suggests, dressing up is encouraged, riding quickly is not.

We hope to inspire people to think about submitting a film in next year’s Brisbane Bike Bites Short Film Competition; you don’t need to be a professional film maker or an “avid cyclist” (which by the way is the world’s silliest term). Your entry just needs to be 5 minutes or less and have something to do with bicycles and a connection to Brisbane. We award a winner and runner up as decided by a panel of judges, but we also give the audience on the night a vote to decide the People’s Choice Award.

You can ride on to the Brisbane Bicycle Film Festival this Saturday.

Return of the Sci-Fi: Brisbane’s Science Fiction Theatre Festival Is Back