BIFF is back! During an uncertain year where film festivals worldwide have been forced to go digital or be cancelled outright, the Brisbane International Film Festival aims to provide as authentic an experience for cinema lovers to enjoy as 2020 will allow.

The last film I saw in cinemas before the lockdown was Sonic the Hedgehog. This means if the entire film industry had collapsed during COVID, my final memory of the big screen would’ve been of a CGI blue alien running circles around Jim Carey deviously curly moustache. Thankfully, that reality hasn’t occurred, and Queensland can start to embrace its rich film culture with wide arms (albeit still at a distance of 1.5ms) thanks to the return of the state’s seminal film festival, the Brisbane International Film Festival.

Miraculously, BIFF 2020 will be screening actual movies in actual Brisbane cinemas where you can go to be a part of a community of actual film lovers. From October 1-11, you can witness a huge selection of high-quality features, documentaries, and shorts from international and domestic film talent both renowned and underground. There’s literally something for everyone at this year’s BIFF, and I had a lovely conversation with the festival’s artistic director Amanda Slack-Smith discussing just how and why getting this celebration of cinema up and running was so important to all the hardworking people involved, as well as a sneak peek at some of the great works of art that make up the program. 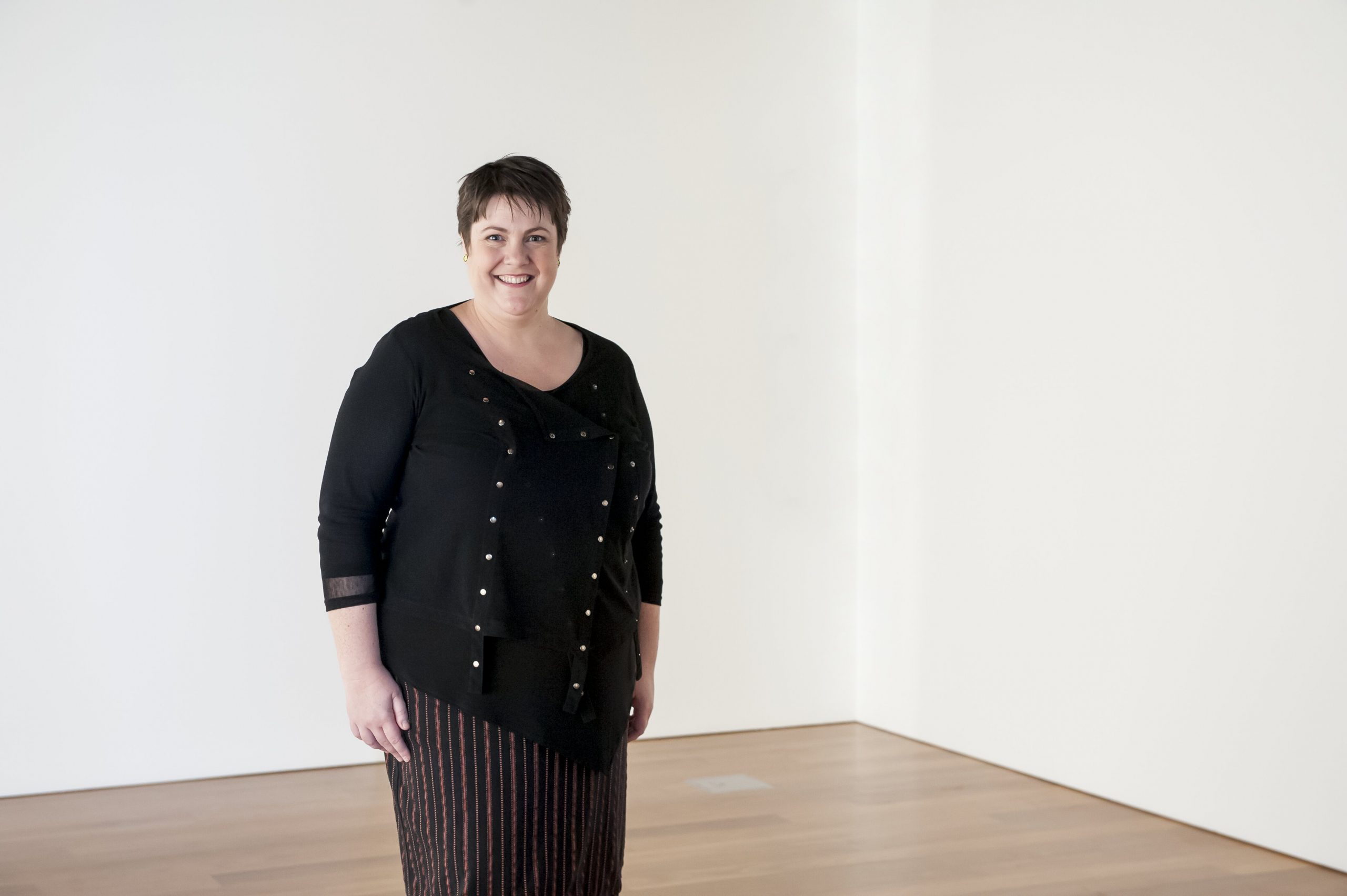 The Creative Issue: What has it been like organising and running a film festival in this bizarre year?

Amanda Slack-Smith: Look, it has been an interesting year. When it all started (the coronavirus outbreak) towards the end of last year, it never seemed like a big thing coming to Australia. Then, of course, by February/March it was a huge deal, with film festivals getting cancelled like the Gold Coast Film Festival and Melbourne and Sydney taking theirs online. All of the big international film festivals were getting cancelled and that’s an interesting conundrum.

Aside from the personal effects that it’s had and how it’s impacted my staff and our concern to keep them safe, it’s also totally destabilised this international market. Nobody knew what this was, how bad it was going to get, how long it was going to go for, and we still don’t know most of those answers, but we do have a better understanding now. But yeah, it’s been interesting, it’s been very interesting. 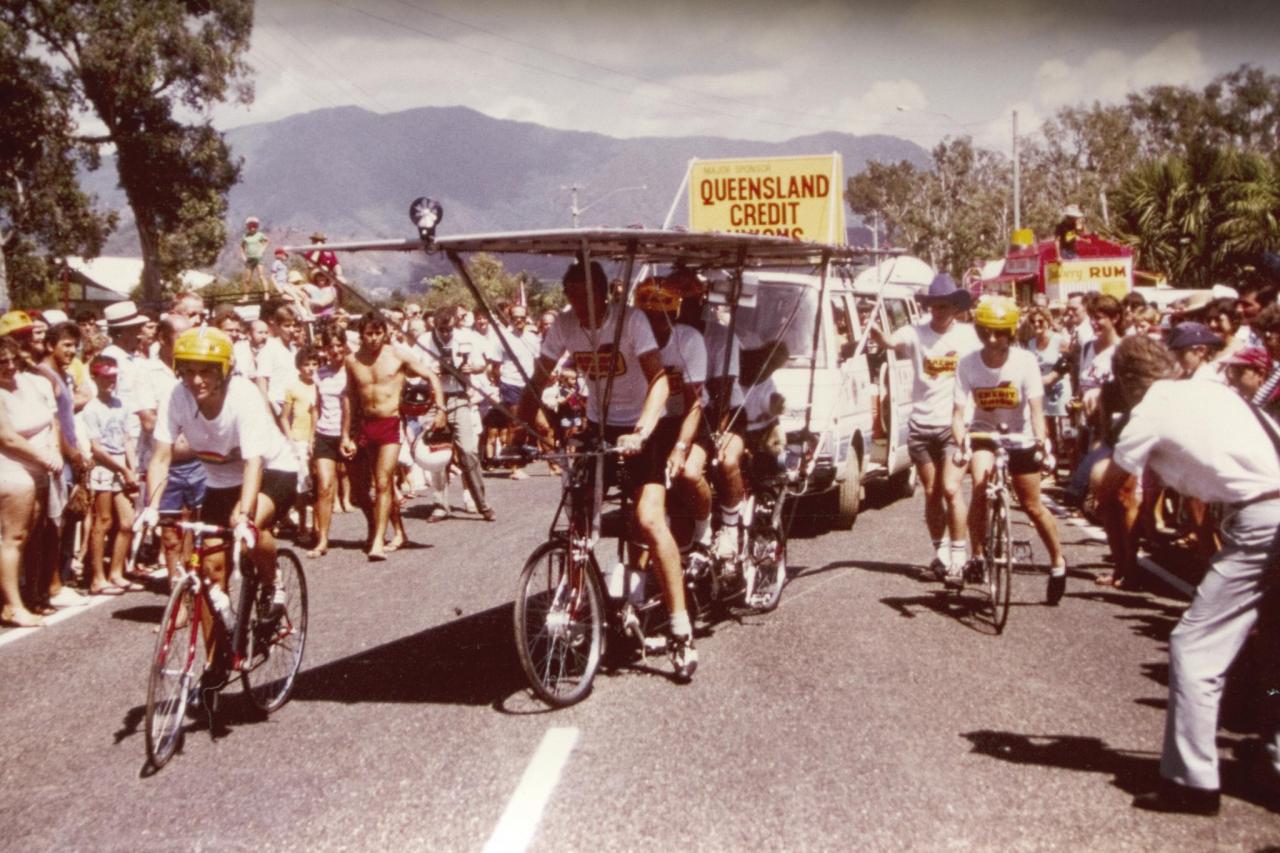 TCI: Was there ever a point in the year when you thought BIFF would have to be purely a digital event or possibly cancelled altogether?

Amanda: Sure, taking into consideration the safety of my staff and the people attending the festival meant we did have discussions over if we’d go online, we’d go hybrid, or we’d go physical. The thing with BIFF being in October was that it was always outside that six-month window that the government talked about from the start.

When it comes to running a film festival, once you start running, you can’t stop at any stage. You can’t be slip-sliding around for months on end once you set your eyes on a date, so we were always going to be working towards a festival while keeping an eye on how the landscape was handling things. The thing about being in a community, even a socially distanced community, is that it brings with it such a lovely energy and feeling to it. So, I was keen to offer that experience if we could.

We were always leaning on Queensland doing relatively well compared to other parts of the country, so even though it still feels like March, we’re here in October and things have gone pretty successfully in running BIFF for this year.

TCI: What kind of feature films/documentaries/short films can people expect from BIFF this year?

Amanda: Look, all kinds of films. COVID has not held us back as we’re bringing together over 70 feature films and docos and 36 short films, and I’m really, really pleased with the line-up. They may not have the wave of festival media support that you get when they’ve been through festivals like South by Southwest and everyone already knows them by the time they get to us, but there are some absolute crackers in there and I’m really excited to share the program. 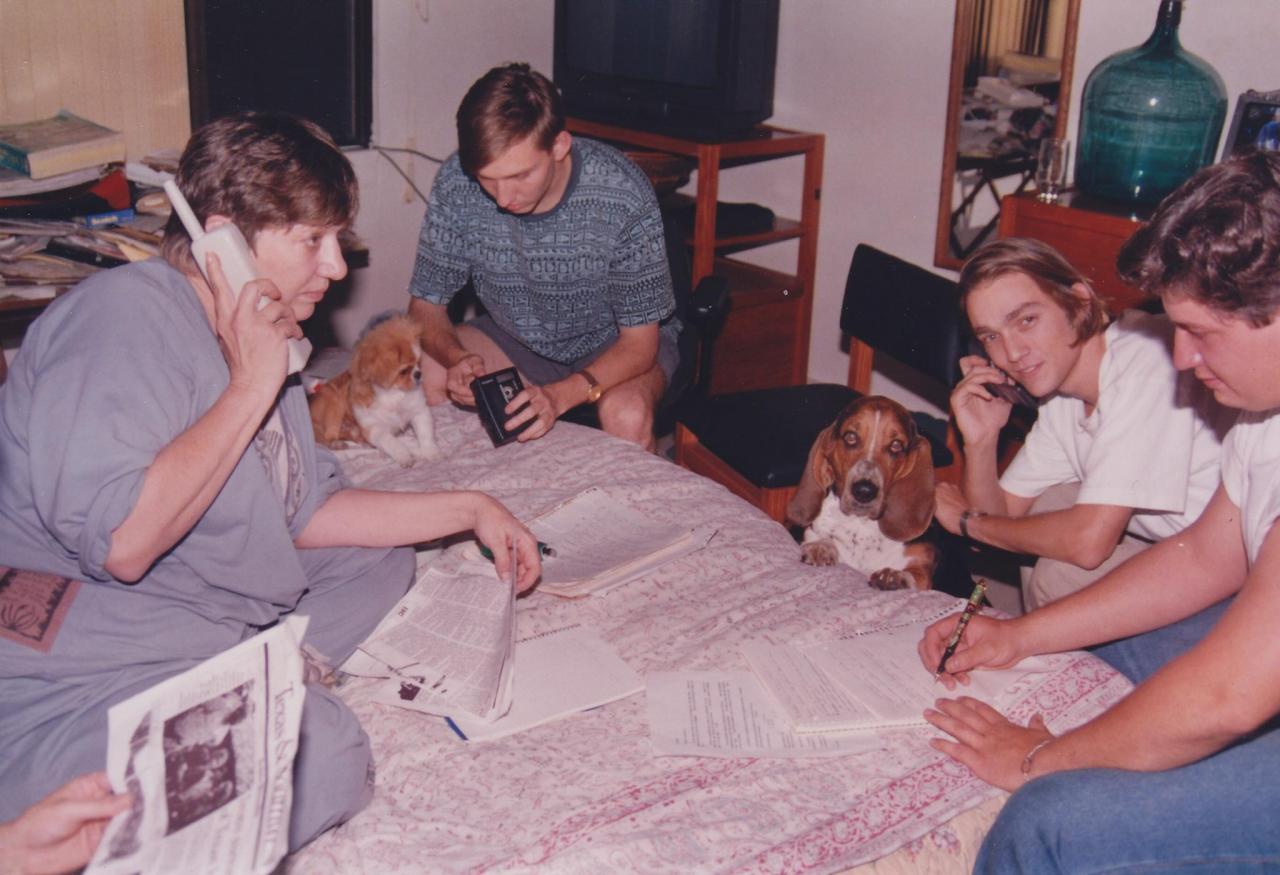 TCI: So, what are some of the highlights for you that you’re really excited for people to see?

Amanda: Well, I’m a huge doco fan, so I’d probably say Miracle Fishing is one I’m excited for people to check out. It’s a true-crime documentary about a food scientist living in Colombia with his family trying to figure out how to get this strain of rice that will be able to feed the world. And it’s based in the 90s when there were all these kidnappings happening in the country, and people and companies would have to pay to have the person returned, so it was essentially this really big industry called “miracle-fishing”.

Unfortunately for this guy, he gets kidnapped right towards the end of this phase when companies have been bled dry and are fed up with paying these kidnappers. So, it’s up to his family to negotiate and try and raise the money to bring him home. And what’s beautiful about it is that the family always had a video camera around and so they document it all. And you get this amazing first-person documentary footage. So, Miracle Fishing’s an absolute cracker.

Another one would be P.S Burn This Letter Please which is a really lovely, delightful documentary about the underground drag scene in New York in the 1950s. And the reason this community gets discovered is that this powerful agent who lives in L.A. – used to live in New York – passes away, and when they are going through his things, they find all of these letters from his past friends in New York. And because he was friends with some filmmakers, they managed to contact these fantastic people and interview them and show their letters. So that doco is just divine!

In terms of feature films, one would be Last and First Men by Jóhann Jóhannsson who is probably best known for his film scores for films like Arrival and Sicario. But this is the film he made just before he passed away in 2018, and it’s this 1930s style, science fiction film narrated by Tilda Swinton. It’s about our future selves talking to our current selves which is just mesmerising.

Nine Days is one to watch, as well. Edson Oda won the Waldo Salt Screenwriting Award at Sundance, and his film is this really evocative look at the gulf between life and death and what it means to be given the opportunity to live. I can’t wait to see all of these films on the big screen. 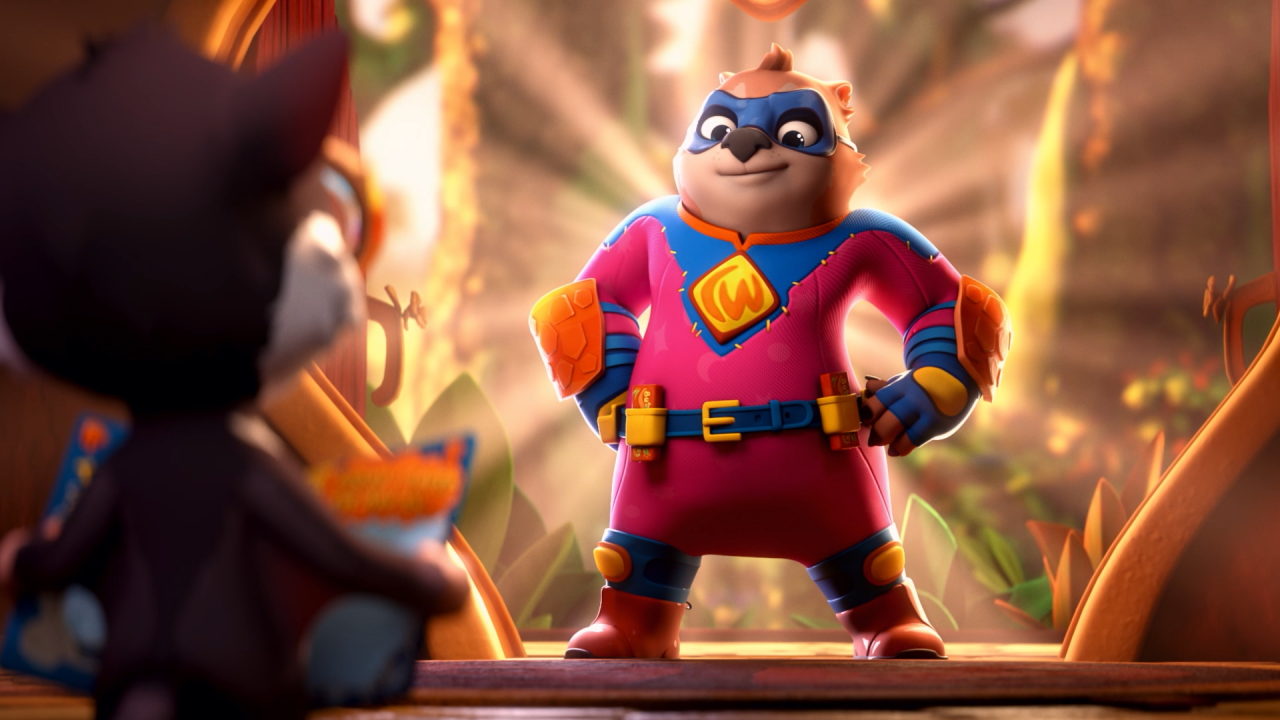 TCI: How much representation does the Australian and Brisbane film scene get during this festival?

Amanda: Obviously, Australian cinema is important to us and we’re definitely supporting the films that have come from this country. One of the things you’ll find is that with COVID, films are either being released early or held onto until next year, but we do have some really great Australian films. We have this strand called “Homecoming” which brings together three locally made films: A Moment in the Sun, which looks at the building of a solar-powered bike by a local academic; Combat Wombat, which is the second animated kid’s film in a trilogy by animation studio Like a Photon; and Bloody Hell, which is a horror film in the vein of Sam Raimi, filmed on the Gold Coast and set in Scandinavia.

It’s a great opportunity to celebrate local talent because we have so many amazing people both in front and behind the camera in Queensland. We also have the Short Film Award for both Queensland and Australia, with the state award being offered by Screen Queensland and valued at $7500 for a local filmmaker to win.

And on top of that, most of our panels, aside from a few Zoom-ins, are filled with local panelists who are experts in their field. We talk about everything from ethics in art to COVID and production. We have a number of panels available for people to come and see. 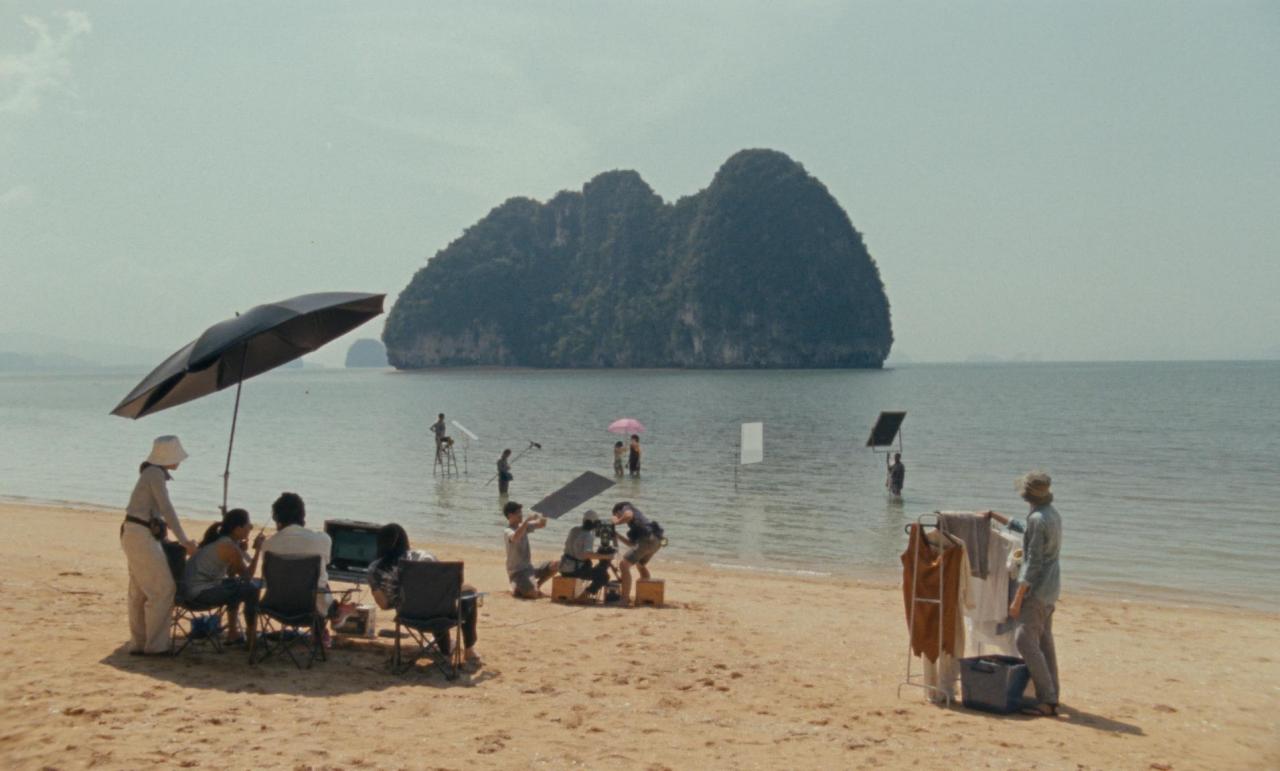 TCI: On that, do you see the Brisbane film industry being in a good place post-COVID?

Amanda: I think the film industry by nature is a robust one because people are always hustling. So, something like Retrograde which came out on ABC was pitched and turned around in I think three months from idea to getting on screen. And also, the ABC factual series My Body Says, by Loani Arman was pivoting into creation during COVID. And we obviously have Harrow back on screens.

But I also think that just in general, because Queensland has done as well as it has during this pandemic, that people are really keen to come and film here – both internationally and around Australia, once the borders open again. We have great facilities here, really clever and talented people, so we’re in as good a place as once could expect.

TCI: Can you describe what makes going to the cinema in person such a timeless, charming experience, especially after it was taken away for so many of us this year?

Amanda: Community is a big part of it, but it’s also energy. The energy in the room when you see a comedy with a group of people you don’t know and you’re all laughing at the same time and finding this sense of joy together just really lifts your spirits makes you feel connected. But there’s also the drama of it: leaving home, having expectations of what the film’s going to be like, the discussions that happen after the screening. There’s the theatre itself and walking into a cinema with its big red curtains and leather chairs and all the smells that go along with it. 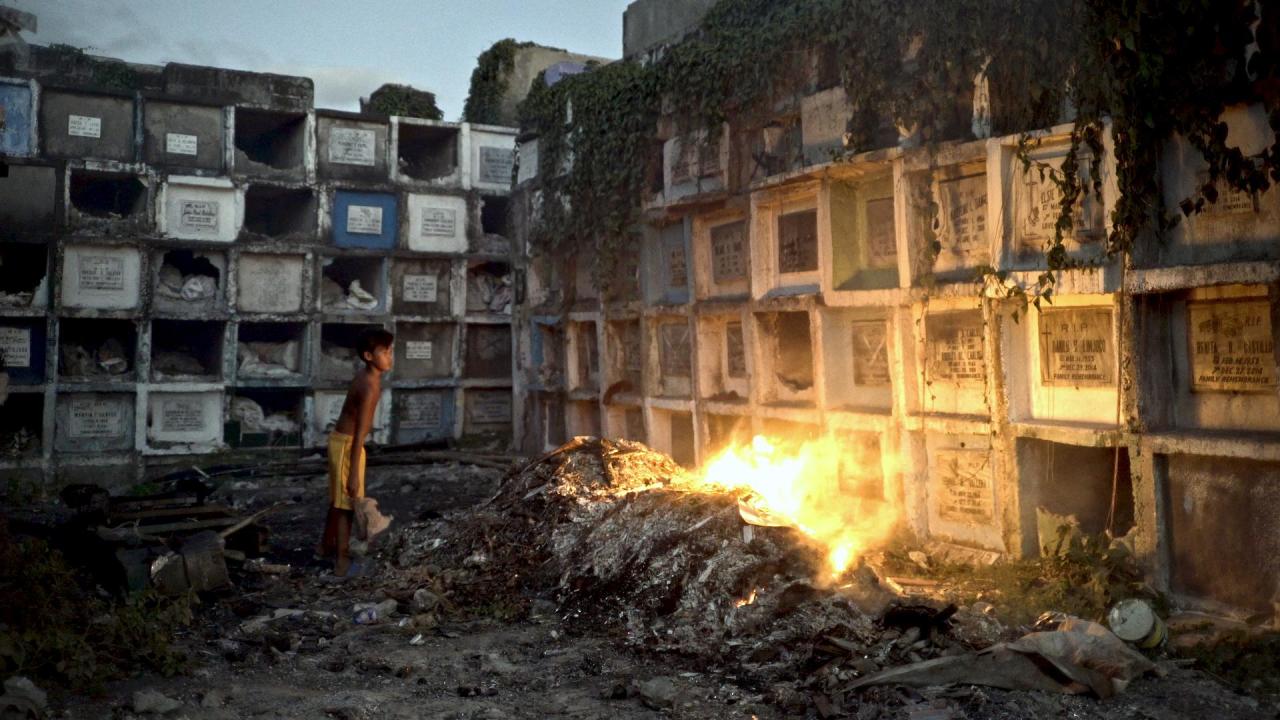 I’m not against online watching at all, everything has its place, but the difference is you can pause, go and make yourself a cup of tea, go to the bathroom, and then maybe come back and watch it. Films are created with story arcs in mind and really the best way of experiencing that story is to watch it in one hit from beginning to end. When you have that option of pausing and doing something else, you don’t get the best out of what you’re seeing.

And that’s all aside from the fact that you’re watching it on a big screen with immersive sound quality. I love seeing things in the cinema – it’s my passion!

TCI: Any other information on BIFF 2020 you’d like to share? Can people still grab tickets to the festival?

Amanda: Yep, there’s definitely still tickets. We’ve had a really great response which is fantastic, and we already have a number of sold-out sessions already. But we’re showing 70 films across six venues, and we’re doing more screenings than we’ve done in previous years so people do get a chance to see films. I’m sure people will find a film at BIFF that works just for them.

Details:
What: Brisbane International Film Festival
When: October 1-11, 2020
Where: Multiple Cinemas around Brisbane
How Much: Pricing Information
Website: BIFF 2020