The term ‘more than you can shake a stick at’ would be an apt term to reference the scrum of delegates, journalists, managers and musicians who made their way to Fortitude Valley’s Judith Wright Centre early on Wednesday morning, September 10th. Even more so if you had several sticks, and five hands.

With nearby cafe owners no doubt thrilled as capacity after capacity was reached, the 10am cacophony of steam-wands, general chatter of hundreds, and live televised broadcast of Neil Finn’s panel interview hinted to some degree the scale of Brisbane’s BIGSOUND Conference and Live Festival, 2014. 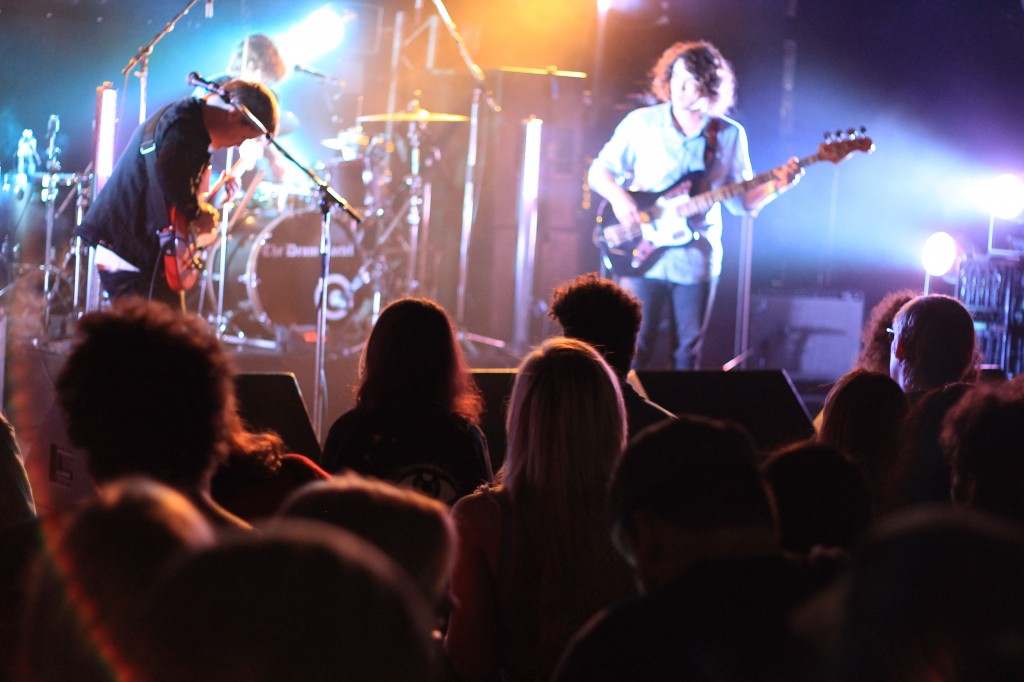 To be fair, Brisbane responded to an influx of crowds, artists and media scrutiny spectacularly well.
There were hiccups, undeniably- the 614 ABC’s live tent being situated directly outside the Valley train station seemed a little half-done, and the occasional technical failure during concerts wasn’t uncommon, but all aside the artists, and especially the crowds, were enjoying themselves immensely.

Kingswood’s Alex Laska, when asked about their time in Brisbane after three consecutive shows told me thatÂ “Yeah, we f*cking love it here though.” 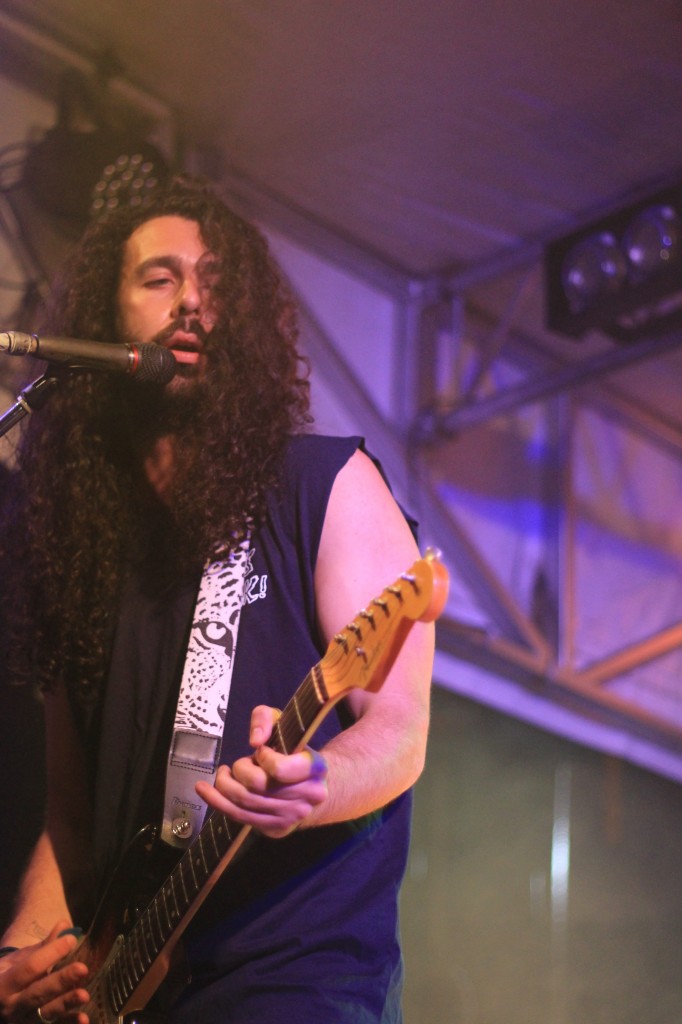 The acts themselves did not fail to impress, the likes of Saskwatch, Client Liason, Tkay Maidza, and essentially every current Australian artist ever bringing their A-game to enthusiastic crowds, whose skill at holding a rum n’ coke while keeping up a steady groove to ‘Uh-huh,’ is somewhere near unparalleled.

Special mention at this point has to go to a couple of unexpected artists who threw themselves easily into my music library over the two days. WAAX, young local rock contemporaries who take cues from the likes of Stonefield with a hint of Sabbath put on a thumping performance in Oh Hello, while Rolls Bayce laid down some catchy, catchy tunes at The Zoo, while DMA’s and Bad/Dreems thankfully put on spectacularly lively performances at The Brightside, which I’m grateful for: Ash Grunwald clashed with them.Â 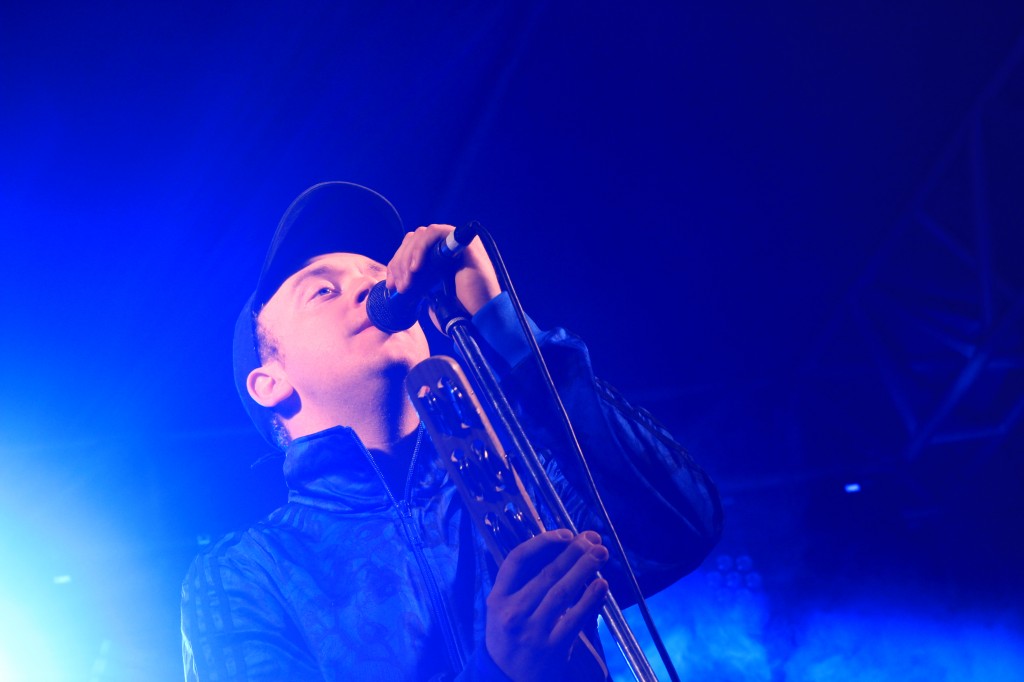 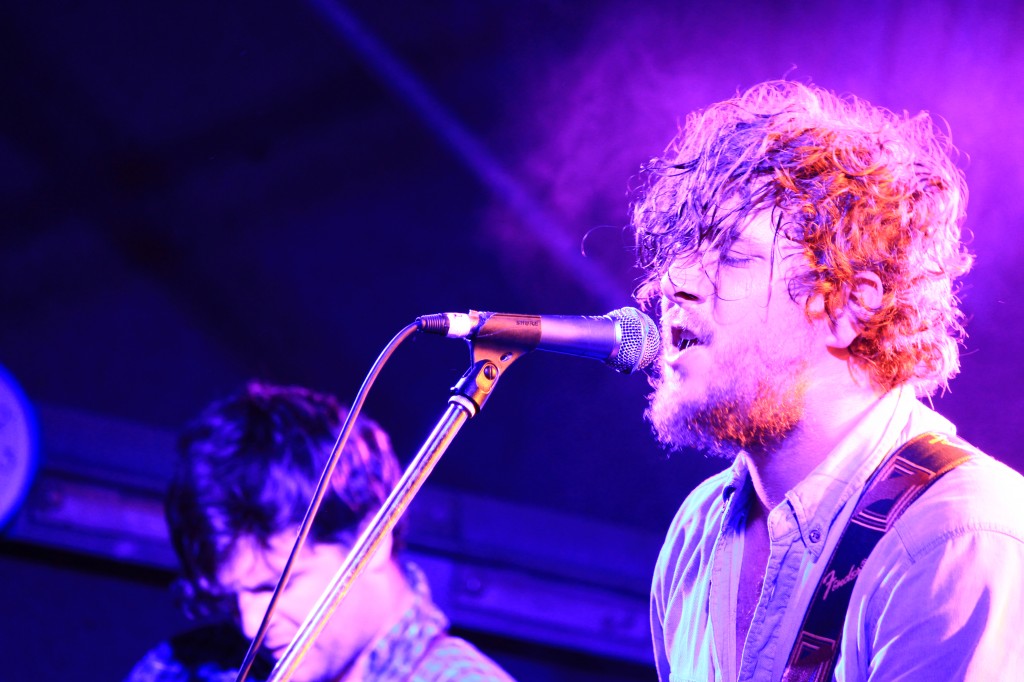 Clashes, as annoying as they are, were inevitable. Brunswick Street seemed to grow as you hurried from one venue to the next, and while balancing a medium chips and McMate burger this job seemed twice as difficult, mainly because of the inability to breathe and swallow simultaneously.

But it wasn’t all bad. Bars were making a killing reminding those stuck in this situation that the quiet comfort of a beer in an comparatively quiet room was something of a break from the bustle of the street, and throng of packed venues. Looking at you, The Flying Cock. 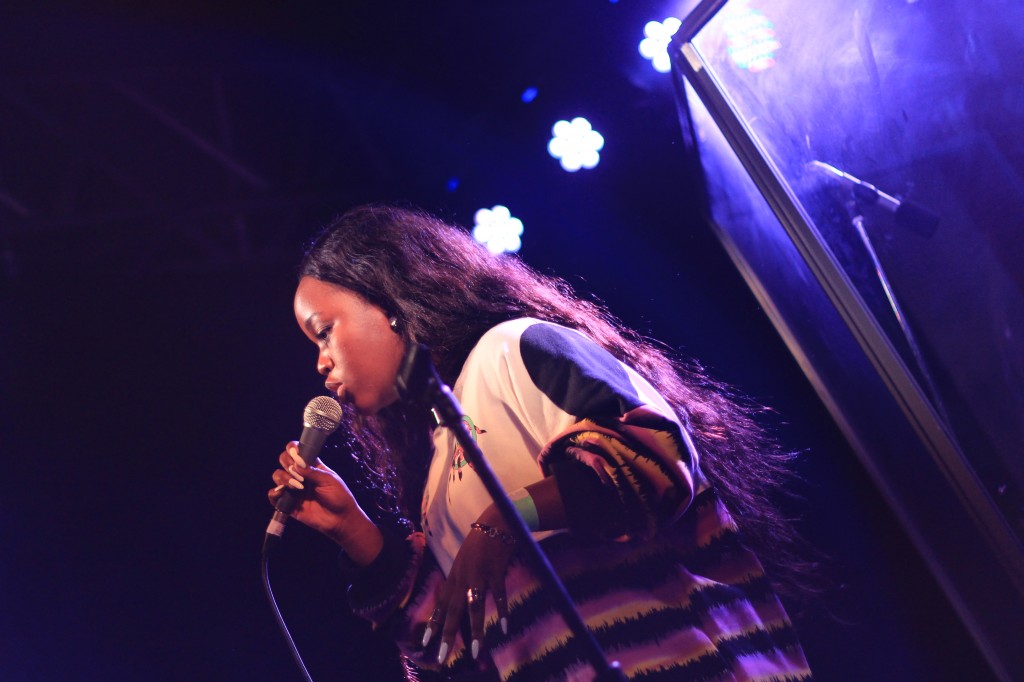 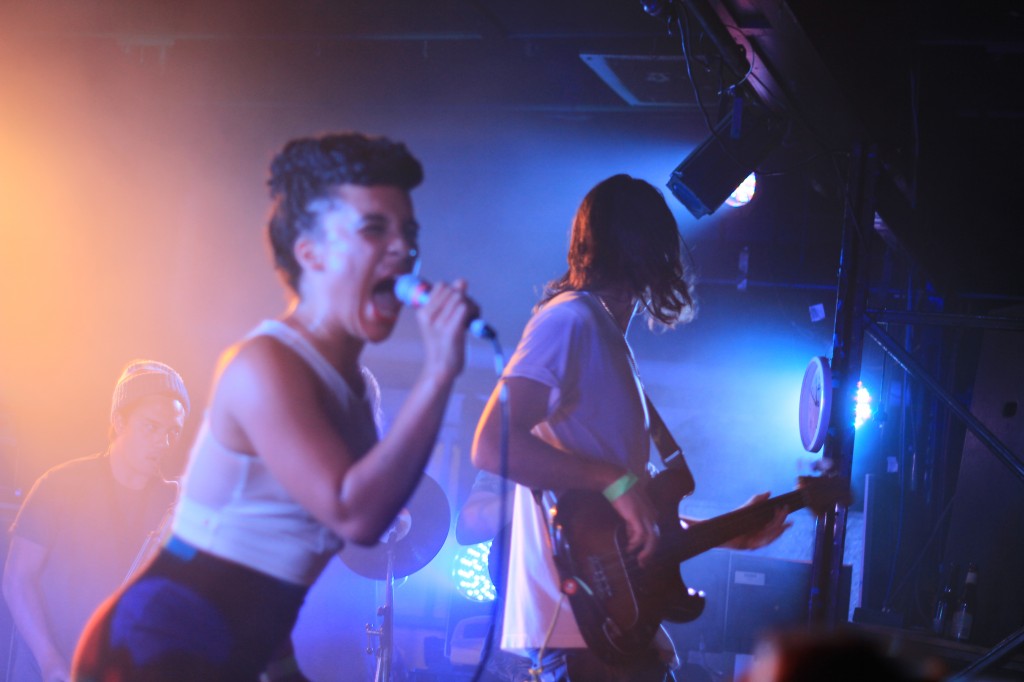 A highlight from the two days was probably during Deep Sea Arcade.Â Despite furious gesturing from the Elephant’s stage manager to finish up their performance due to time constrictions, and a nod from the frontman, the neo-psych band proceeded to yell ‘One more song!” before absolutely ruining her evening with their crowd pleaser, ‘Girls.’

Mention must also got to organisers for making sure that a healthy dosage of local acts saw the stage as much as imported artists, Jeremy Neale, Orphans Orphans and Little Odessa among others provided a familiar sound to venues such as Alhambra and and the Brightside. 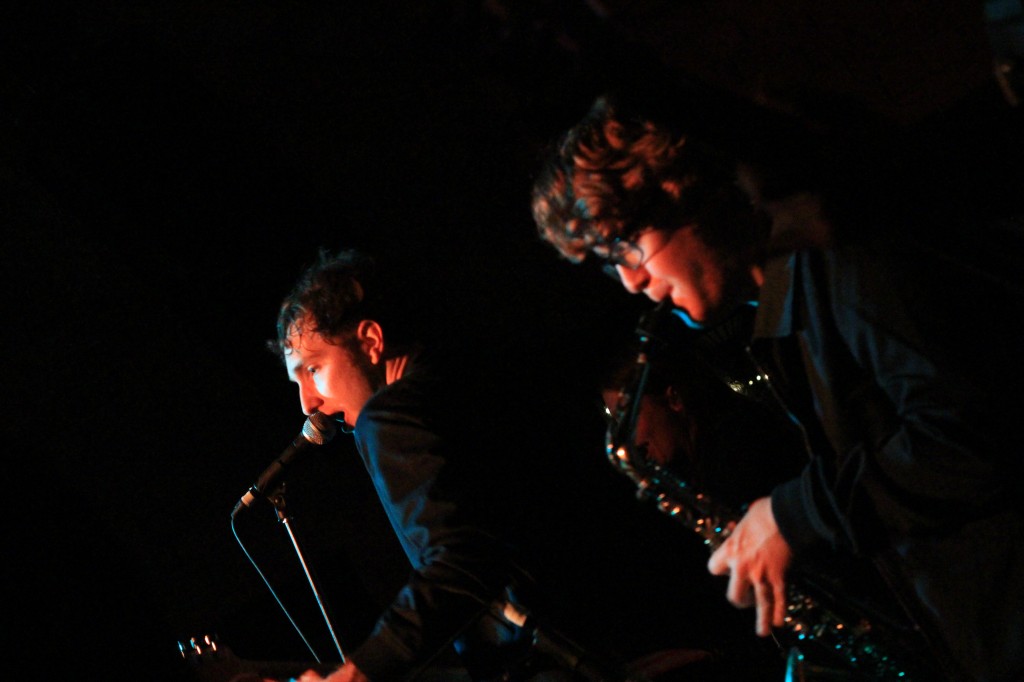 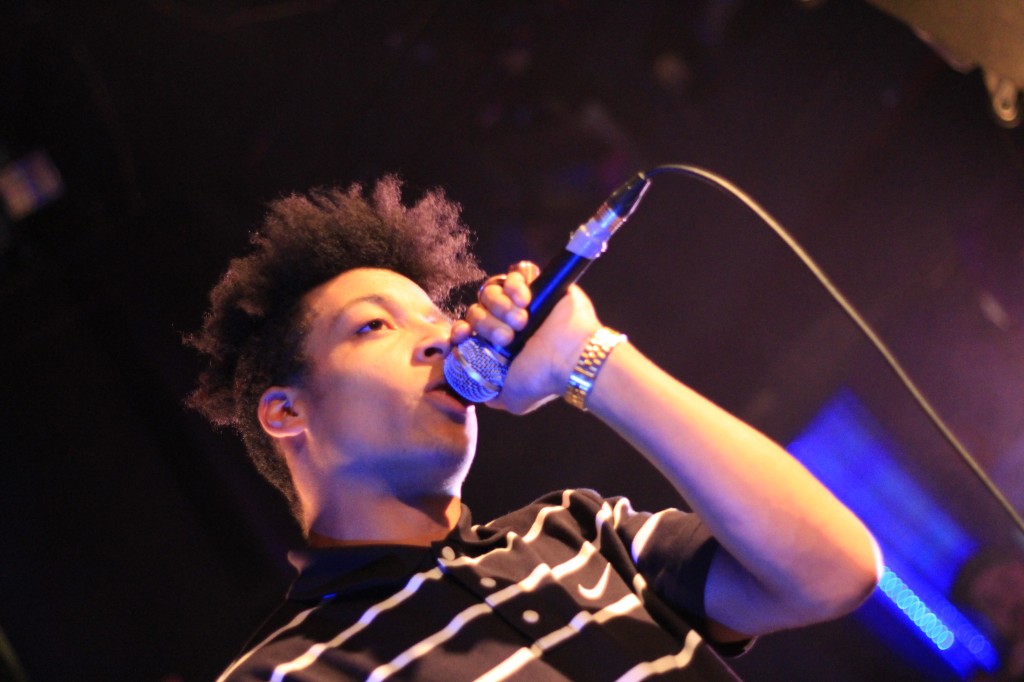