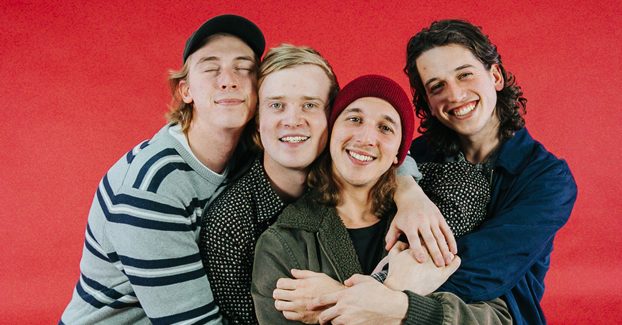 The last six months have been massive for loveable punks Blue Velvet with their latest killer singles Stay Inside All Day and Wasted Youth signifying a dramatic evolution in the band’s style.

Now, full of life, love and optimism, they’re ready to address that change with their new single Make You Stay and sophomore EP ‘A Lesson In Regression’; a love letter to the band they once were and an excited look to the horizon.

‘A Lesson In Regression’ will be released on Friday, October 19.

To celebrate the release of ‘A Lesson In Regression’, Blue Velvet will be hitting the East Coast with shows in Brisbane, Newcastle, Sydney and Melbourne.

A subversion of the classic love song; Make You Stay isn’t written for a romantic partner, its a commitment from each member of Blue Velvet to each other and to the people that have followed them on their journey. 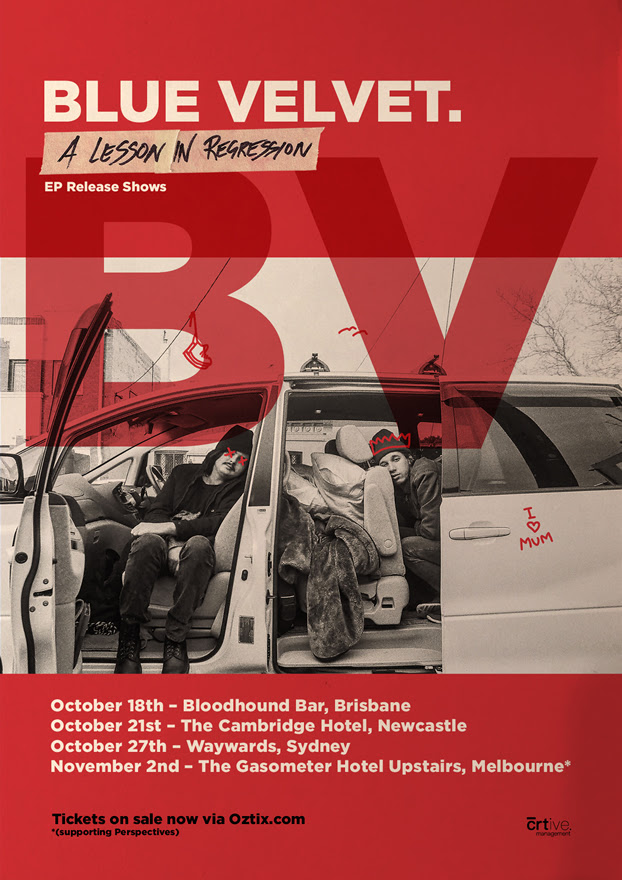 “Make You Stay serves as this kind of bridge between the band that we used to be and who we are today. It’s a song about accepting the ways relationships kind of evolve and move on, while reminiscing on how things could’ve been different,” said keyboards and vocalist, Sam Bauermeister.

“We thought this was a really important song as it serves as this final chapter for Blue Velvet in the sense that we’re saying goodbye to our past and moving into this exciting new direction.”

Make You Stay serves as a moment to reflect for each member of Blue Velvet.

“It was written as a cathartic way for me to reflect on my actions and behaviours towards other people. I try not to overthink the process of writing; the chorus from Make You Stay was instantly stuck in my head and the rest of the song fell into place,” said bassist, Michael Godwin.

The single is a real culmination of themes in Blue Velvet’s upcoming EP ‘A Lesson In Regression’.

Sam Perry Reflects On Life After “The Voice”