Winning Couple: An Evening with Bob Carr and Germaine Greer

They have been handed a common cause in being (in)famously disinvited from this year’s Brisbane Writers Festival, a controversial decision that prompted fellow author Richard Flanagan to opine that public debate is on its deathbed. BWF justified its decision on the grounds Bob would talk about his new book and Germaine would attract publicity. Book talk and publicity at a writers festival? Heaven forfend.

In defiance, the unorthodox pair banded together for ‘an evening with’ on September 7 and relocated to New Farm Cinemas, the interior of which – all exposed brick, frosted glass, and crushing brown – was last fashionable when Germaine was. The accurately named Purple Cinema, where the magic happens, is like being inside gout.

The audience is similarly dated, though a few snowflake millennials, self-consciously thumbing secondhand copies of The Female Eunuch, are sprinkled among the babyboomers. Bob and Germaine are playing to a home crowd.

The evening’s host, veteran ABC broadcaster Phillip Adams – an intellectual Father Christmas – opens proceedings by slaying the elephant in the room, more for his radio listeners’ (for whom the event is recorded) than the audience’s benefit.

‘We’re here because we’re not at the Brisbane Writers Festival.’

Bob and Germaine are only together by circumstance but it works. They personify the respect crucial to public discourse. He is in awe of her while she reciprocates by addressing her comments predominantly to him. 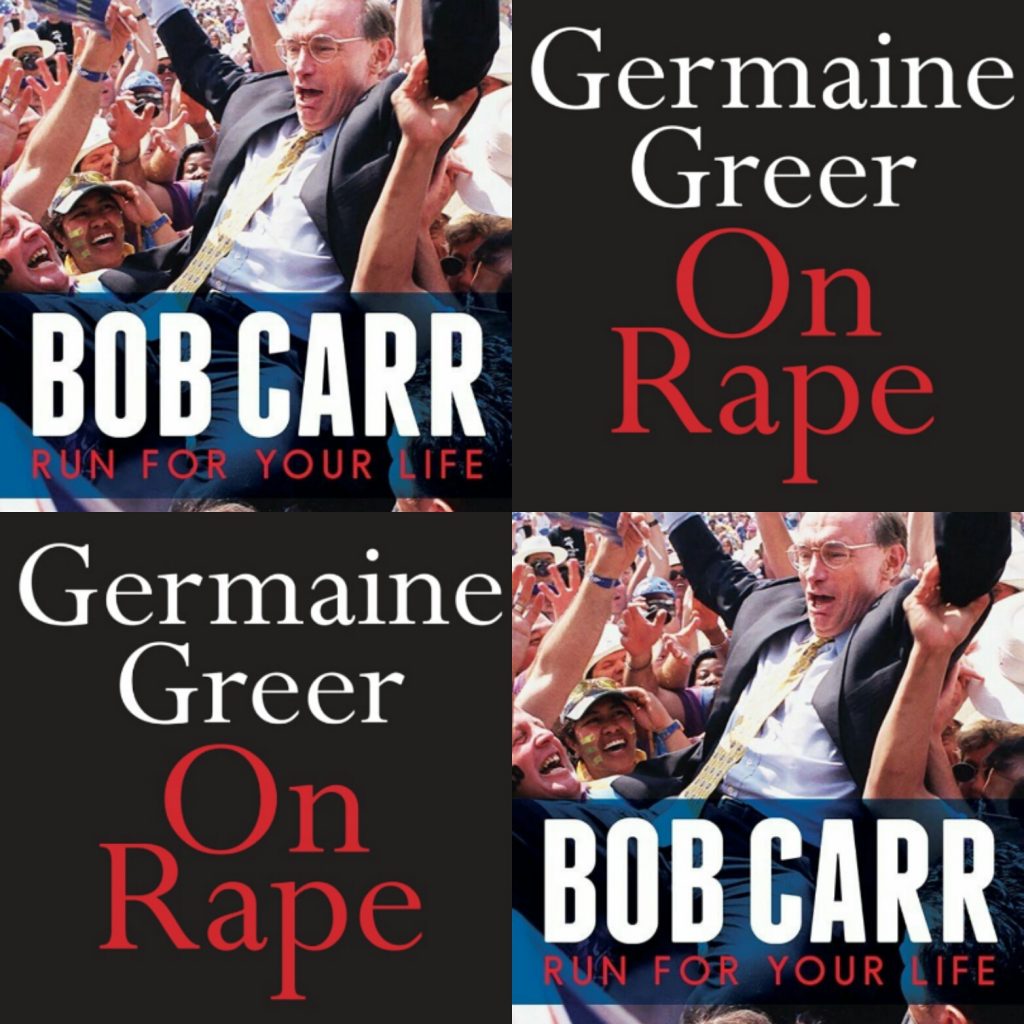 They outline their seditious ideas. Bob’s guilty of wanting to work with China, abandon the populate-or-perish policy, and implement a two-state solution in the Middle East. Germaine espouses a fresh approach to considering rape, because the current approach isn’t working.

Throughout, the conversation is underlined by rationality and humanity. It’s peppered with asides on the importance of engaging with different ideas: ‘You’re all invited to disagree with me’. ’I’m not dogmatic’. ’I don’t agree with them about anything but I respect their views’.

They finish with audience questions. ‘Germaine, what advice would you give young women today?’ ‘None, I’m nearly 80’.

Afterwards, Bob sits in the foyer, signing books. Germaine remains perched on a stool, pausing her chat on the trouble with ageing knees to smile for selfies. She’s less a professional agitator, more your favourite auntie holding court across the kitchen table.

A night of intelligence, compassion, and patience – this is exactly what the world needs now.

David Baddiel – My Family: Not the Sitcom