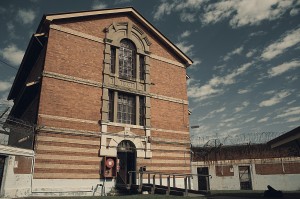 You would need more than lifelong incarceration to uncover all the tales of Boggo Road Gaol. One of Australiaâ€™s most notorious prisons and home to such infamous characters as The Houdini of Boggo Road, Arthur Earnest Halliday and The Whisky Au Go Go bombers, Boggo Road Gaol holds more than a century worth of history behind its bars.

Heritage listed building (No.2 Division), is the last remaining prison on site and was originally opened in 1903 for women only.

As Bookings Manager and Tour Guide of Boggo Road Gaol, Rena Bishop explains; â€œThere was only one time of year when you would see an influx of female inmates and that was during Christmas time. Women would actually go berserk, committing crimes deliberately so that they could be locked up and access food and shelter. Itâ€™s not uncommon if you look back through the records that women would gain up to five pounds over the Christmas and New Years period.” 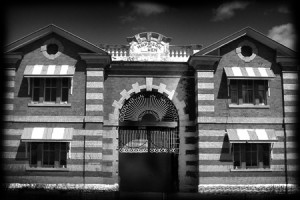 Evolving and growing throughout time, Boggo Roads two most identifiable inmates were James Finch and John Stuart – accused Whisky Au Go Go arsonists. With the case still being unresolved, questions remain as to whether Finch and Stuart were guilty or framed by the police.

One of the Gaols more famous moments was when Stuart scaled the roof in No.1 Division spelling out the words â€œverballedâ€ and â€œinnocentâ€ while media helicopters flew overhead.

Not long after its closure in 1989 due to its antiquated state, the Gaol was reopened as a museum while providing tours. Today the Gaol also offers Ghost Tours, giving those game enough a chance to hear stories and urban legends that have grown from the prison yard to broadsheet news.

â€œInside the cells you definitely get an eerie vibe and I have heard things that are quite unexplainable,â€ says Rena Bishop. â€œI know some of our ghost tour guides have seen figures and shadows dart across the wall.â€

â€œOne of our Ghost Tour guides was with a group when they all noticed a figure moving across into one of the yards, you canâ€™t really explain that kind of thing can you?â€

With the site now being a popular spot for film crews, you might get a little more than you bargained for by heading back in time.