From landing gigs in Australian music festivals like Splendour in the Grass and Groovinâ€™ the Moo to supporting major artists such as Sticky Fingers, Ben and Sam have certainly made a name for themselves in the indie music scene.

The Creative Issue were lucky enough to have a chat with Sam Croft from Boo Seeka. 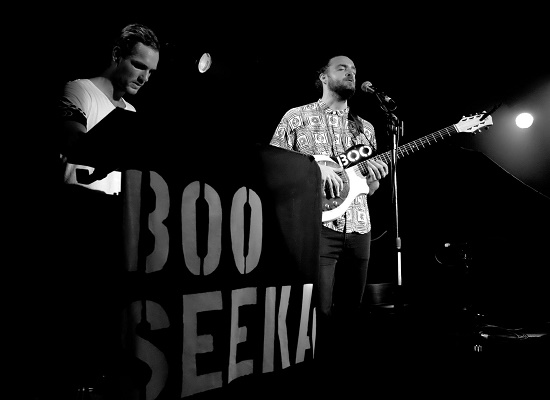 TCI: So youâ€™re touring Australia next month to celebrate the release of your first full length album, Never Too Soonâ€¦ Are you super excited?Â

Sam Croft: Yeah, we are, itâ€™s going to be awesome. Itâ€™s exciting for us because weâ€™ve built all these songs and have spent so much time in the studio indoors working on them. To actually take them into a live environment and display them to peopleâ€¦ I hope they are as excited to hear them as we are to play them. Itâ€™s going to be really cool.

TCI: So your first show is in Sydney?

SC: I do now. Weâ€™ve been rehearsing pretty much non-stop for about three weeks now, so yeah, and behind the scenes weâ€™ve been hiring out a venue to practice in a real-life scenario and get everything sounding as good as it can be. Itâ€™s gone up a level in production and sound in this tour so hopefully people appreciate that.

TCI: What was the recording process like for the new album?Â

SC: It was pretty mixed and matched. A lot of it was recorded while we were touring in different countries and a lot of it was recorded in my bedroom, which Iâ€™m standing in now in my studio, and a lot was recorded in my producer Ian Pritchettâ€™s garage. So bits and pieces came together in all sorts of places, vocal takes were sung into an iPhone are on the album which was cool, and we sampled a whole lot of things. I think what gives this album its character is how diverse a lot of the sounds are.

TCI: So was a lot of the recording spur of the moment?

SC: Absolutely. Thatâ€™s why an iPhone is so handy to have because thereâ€™d be times in America when weâ€™d be onstage and sound checking, and Ben would sing something and Iâ€™d go: â€˜Ah shit thatâ€™s great, quick sing it again, Iâ€™ll hold my phone up to you.â€™ And it was recorded in RVs while we were driving around car parks and all that kind of thing, itâ€™s very spur of the moment.

TCI: What would you say the driving theme of the album is?

SC: One, a general- not a rule- more a lyrical thing, Ben has written about our life experiences and what weâ€™ve gone through in the past two and a half years, whether thatâ€™s our experience as a band on the road or more personal with relationships and things like that. So a lot of the album is based around relationships, and thereâ€™s a few songs that all came in one clump when the breakdown of one particular relationship occurred. They were songs like â€˜Does This Last,â€™ and â€˜Turn Up Your Light,â€™ and the rest of the album is more diverse.

TCI: Do you find it therapeutic to write about relationships, especially when youâ€™re trying to get over one?

SC: Itâ€™s an outlet, absolutely. Itâ€™s soppy but you really feel such heightened emotions in these scenarios, through relationships, and as an artist when youâ€™re looking to write about something, what comes most naturally is what you feel the strongest about. It helps to pour that out into music especially for us, and I suppose for a lot of people who write songs. Â

TCI: How would you describe your sound? Â

SC: Again, pretty diverse. We like to have strong bases in hip-hop groove and beats that will make people dance, make people move and make people happy. We like layering hooks and little riffs to melodies throughout our songs, so yeah itâ€™s a bit of hip-hop, a lot of electronica and some soul. Benâ€™s got a beautiful soul voice so a lot of that comes through and on top thereâ€™s a lot of singer-songwriter structure to the songs.

TCI: Whatâ€™s your relationship with Ben like? How did you meet?Â

SC: We met a week or two before Kingdom Leader, so a guy called Neil Hart (who Ben knew and I knew but we knew him separately) introduced us and said â€˜You guys should make music.â€™ So we kinda hanged out at Neilâ€™s one day and we got along and just said â€˜Shit yeah letâ€™s drop everything in life and put our faith in each other and start this thing.â€™ Neil became our manager and we started doing what we do. We have a pretty tight brotherhood now, I donâ€™t think you could get much tighter when you pretty much live with this person, you sleep with this person and share- when we toured Europe we lived in the back of a van together on a single mattress so yeah, thereâ€™s no boundaries there thatâ€™s for sure. 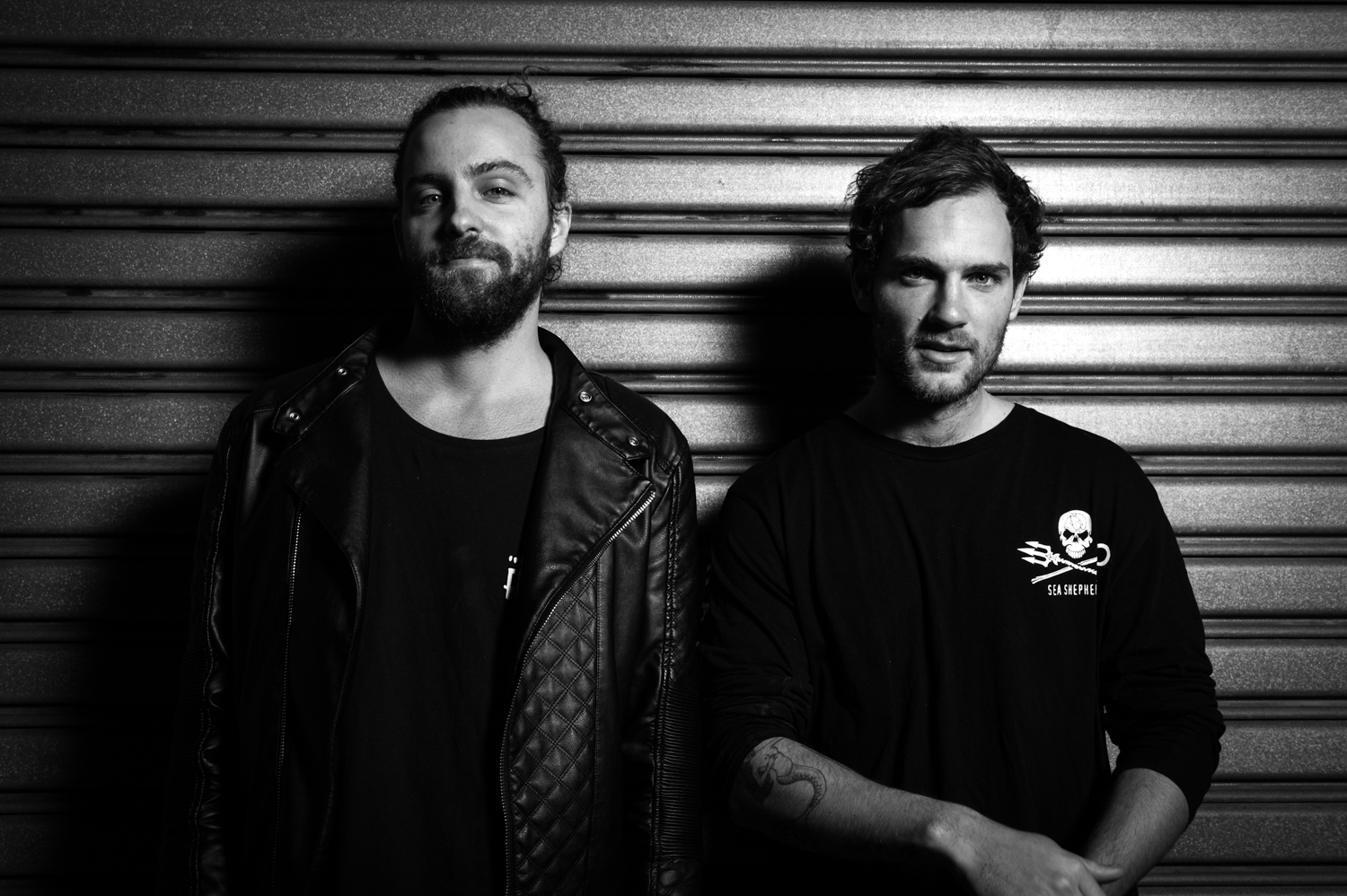 TCI: What was it like touring nationally with Sticky Fingers?

SC: Again, weâ€™d both known those guys prior to us starting this, so it was fun to hang out with them and be with them on tour, and their crowds are so insane. They are so devoted, so energeticâ€¦ just die-hard Sticky Fingers enthusiasts. Itâ€™s kind of one of those things like when a metal band goes and supports Iron Maiden and you expect them to be booed off the stage. We were a bit apprehensive getting up before Sticky Fingers, like, are their fans going to give us the finger and tell us to get the fuck off stage? Fortunately, they embraced us and a lot of those fans were then coming along to our shows. So yeah, it was great fun, theyâ€™re good boys. They need to get back together soon.

TCI: You guys are constantly on the go with all of your tours- what do you do in your spare time?Â

TCI: If you have any! You probably donâ€™t.Â

SC: We both like to keep very busy, weâ€™re not really chillers. I mean, Ben chilling is going surfing and me chilling is going out into the bush and biking, but otherwise we stay pretty focused and when weâ€™re not touring, Iâ€™ll go and learn how to play a new instrument or something thatâ€™s going to help me write better music in future. In more downtime, we both love sport, I like going to footy games, hanging out with friendsâ€¦ I think itâ€™s the alone time we prefer, weâ€™re always subjected to so many people when weâ€™re on the road, which is an amazing experience and so important and a big part of life is meeting new people. But thatâ€™s why Ben just likes getting on his board and going for a surf because itâ€™s an escape, and for me itâ€™s the same to just get on a motorbike and reground yourself. You need that balance, to enjoy that more managed and intense side of touring.

TCI: Speaking of touring, was your North American tour a blast?

SC: It was probably the best four months of my life. We took Aron, from Gold Member, around to help out with the driving. We hired out an RV and just drove around the country, and the shows were awesome, the people were awesome, the bands that we toured with were awesome. The natural beauty of that country and the people really makes that country. The Southern hospitality down throughout Texas and Alabama had some of the nicest people Iâ€™ve ever met, itâ€™s really really cool.

TCI: How did you come across your three supporting acts?Â

SC: Gold Member are good friends of ours, theyâ€™re on the same label. And Aron is the one that came over to Canada, America and Europe with us and heâ€™s kind of part of the extended Boo Seeka family. Heâ€™s often at our show and sometimes will get up on stage and kick off our set, so theyâ€™re just family. Turquoise Prince: Ben went and saw him play in Newcastle and was super into it, and so we went and had coffee with him a couple weeks later and just loved his vibe, so we signed him up to get him on the road. Resin Moon, similar kind of thing, we saw him playing in Darwin. We were just sitting out the front watching and we really dug his stuff, and he got up in – he might be offended but I don’t know what to call it- a kind of a space suit, and it was like forty degrees and heâ€™s up there sweating his balls off in this head-to toe onesie. Itâ€™s a devotion to his art at its finest. We still havenâ€™t even met him yet. He lives in Alice Springsâ€¦ so has anyone met him??

TCI: Is there anything else youâ€™d like to add about the tour?Â

BenÂ (in the background): Brissy. Itâ€™s easy to get rowdy and it usually is!

SC: Brisbane is normally pretty rowdy for us.

TCI: Yeah, weâ€™re going to be a great crowd!Â

Boo SeekaÂ will be making waves across the countryÂ with their upcoming tour ‘Never Too Soon,’ so be sure to support the boys and “get rowdy” with them at the Triffid this October.

What: Boo Seeka
When: October 12th
Where: The Triffid
How Much: $24
Tickets:Â Here