Imagine: youâ€™re the youngest in a family of four, living with your gran because your father is so terribly horrible that people fear him, and your mother didnâ€™t want to be your mother anymore.

Your half-siblings are unsure how to feel towards you due to your fathersâ€™ previous brawl. Society stays distant from you and the government wants to watch your every move. Youâ€™re a Half Code; half white witch (good) and half black witch (bad, so very very bad).

Sally Greenâ€™s debut novel introduces us to the character of Nathan, a child that is essentially the black sheep of his family.

The first half of the book takes a coming-of-age approach, where the reader learns what it was like to be Nathan during his schooling years and the struggles he went through such as: not being able to read, having a crush on the purest of white witches and being bullied for being a Half Code.

In the beginning of the book, the chapters are written in second person, a refreshing reminder to the varying narrations available in the written world. After the initial introductions of Nathanâ€™s current living arrangement, weâ€™re brought into first person as Nathan remembers his past and how he came to live in a cage. 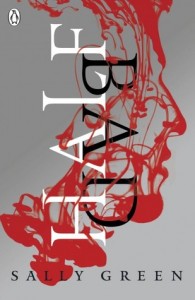 While people may assume a book about witches would have heavy magic references, it doesnâ€™t. There are spells and potions cast here and there, but the story revolves around a young boy trying to fit into a society that doesnâ€™t accept him.

He is also under the age of seventeen, which is the age young witches receive their Gift, meaning little magic was going to be used throughout the storyline.

Sally does a fantastic job outlining the problems Nathan faces throughout his high school life, revealing stories that a reader can relate to (excluding the witch-like traits, of course) during the coming-of-age section of the book.

Meanwhile, the second half allows the readers to explore the alternative world Nathan lives in, where humans (fains) and witches live side-by-side. However, that doesnâ€™t mean all humans are aware of witches!

Overall, this book is a fantastic addiction to Young Adult fiction. The only downside is this is the first book of a trilogy that isnâ€™t completely published yet! The second book is due for release March 2015.

Next Month at Limes Rooftop Cinema