Ernest Cline brings to his readersÂ Ready Player One,Â a somewhat dystopian novel based in the near future, where virtual reality has become the Internet.

When people connect online, they don’t merely turn on a computer or laptop and start browsing their screens. In Cline’s world, people log onto the OASIS using a visor and gloves which allows the user to control an avatar within the reality, just like they would in real life.

The appeal to this world? It’s everything society is not. 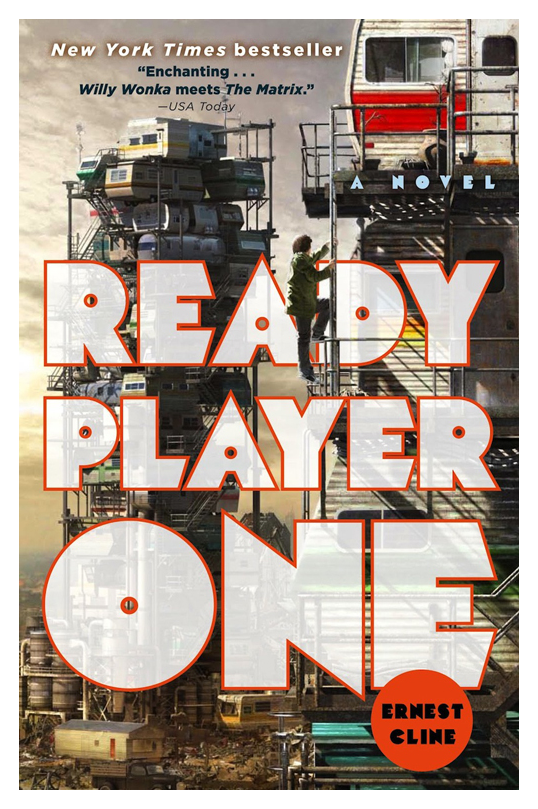 In 2044 there’s an economic energy crisis, and people have started chucking trailer parks literally on top of one another, stacking them to save space to compensate forÂ the amount ofÂ people who now live in trailers.

Meanwhile, the virtual online world that is the OASIS has a wonderful lottery to win. The founder has passed away and has left, what gamers call, an easter egg to be found.

Whoever finds the egg wins a massive share of the OASIS company and a few billion dollars.

After five years, Wade has found the first clue and suddenly the whole world is watching.

Other than the gaming appealÂ Ready Player OneÂ throws in so many 1980s pop culture references, with someÂ bound to fly right over the heads of 90s and 00s kids.

Fortunately, Cline’s writing style is amazingly engaging and successfully makes people read the book non-stop until they have completed it.

Each chapter unfolds a significant plot point that not only increasesÂ the tension within the search of the easter egg, but also addsÂ a bit of romance, slipsÂ in a thousand geek references and makes the reader gasp in surprise.

Ready Player OneÂ is hands down my personal favourite of the year, and I’m sure I missed half a dozen 1980s pop culture references during the read. But Cline makes it work. He understands the overall demographic of young adults won’t necessarily know every piece of 1980s pop culture (but who doesn’t even know aboutÂ Star Wars!)