The Inventorâ€™s SecretÂ takes the reader on a journey through an alternate history based in America during the World War.

With an essence of steampunk mechanics and a fashion long since vanished, Charlotte reminds everyone that no matter the time and place, there is always room for a love triangle.

Author Andrea Cremer sets the drama in amongst a revolutionary war, where Charlotte hides in amongst catacombs with other children whilst the adults fight on the front lines.

The story opens with a lost boy wandering the forest on the outskirts of town. He is draped in clothing that indicate his potential loyalties to the Britannia owned New York that the rebels fight against.

Fortunately for the boy, Charlotte realises thereâ€™s something not quite right and begins a journey to learn the truth.

While beginning as a promising novel about an altered war with steampunk machinery and amazing dresses, Andrea takes away from the uniqueness by the constant reminder of Charlotteâ€™s silly love predicament. 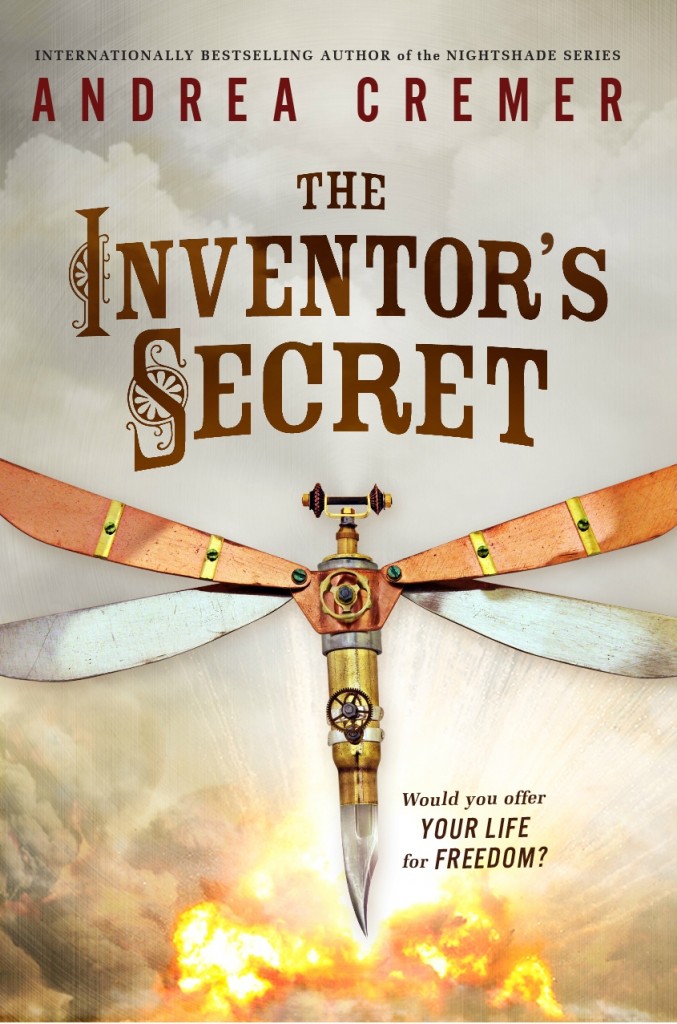 The storyline and character developmentâ€™s depth is so shallow; itâ€™s fortunate the book remains entertaining regardless. Side-characters appear to have more personality than the main characters.

Fortunately Andreaâ€™s attention to detail in regards to the awesome steampunk contraptions is magnificent. She can clearly create a steampunk world.

For those who enjoy a light read without much thought, The Inventorâ€™s Secret at least offers that much.