All Thomas knows when he wakes up in a strange elevator to a crowd full of faces is his name.

Welcome to the Glade, a civilisation based in the centre of a massive maze with walls towering over society, taunting them with a small chance of escape.

Each member of society is a teenage boy ranging from 13-years-old and up. Itâ€™s easy to forget their ages, as a lot of them often act like wise adults, their faÃ§ade only fading during moments of humour. Thatâ€™s when you remember theyâ€™re still going through puberty.

Thomas easily grows on the reader as you both learn the Howâ€™s and Whyâ€™s of the Glade and more importantly, the maze.

This young adult dystopian novel promises jaw-dropping moments as you finish a chapter only wanting to read more.

Author James Dashnerâ€™s writing style is immaculate. He easily describes the fear, terror, amazement and astonishment Thomas and the â€˜Gladersâ€™ feel during the fast-moving scenes laced within the novel. You feel like youâ€™re there with them.

The pacing can come off rather strange; with the beginning starting rather slow as the reader and Thomas figure out whatâ€™s going on.

Throughout the middle there are awkward pacing moments, when it takes a while for the plot to move forward, and other moments when the story moves very quickly.

Despite the pacing issue, the book still scatters suspense and twists perfectly throughout the story, keeping the reader turning the pages until they finally reach the end.

Reading it, Thomasâ€™s character is very likeable. Itâ€™s only now that I begin to realise Thomasâ€™s personality never progressed in a typical fiction-writing way.

Instead Thomasâ€™s character â€˜growsâ€™ while he remembers his past and why heâ€™s in the Glade.

The overall novel and plot line was perfect and proves that there are still unique dystopian storiesÂ out there: whatâ€™s with the maze? Why are they in the maze? Why canâ€™t Thomas remember anything? Whoâ€™s controlling the maze?

The Maze Runner is the first book in this dystopian trilogy, with the first movie in the series to hit Australian cinemas on the 18th of September. 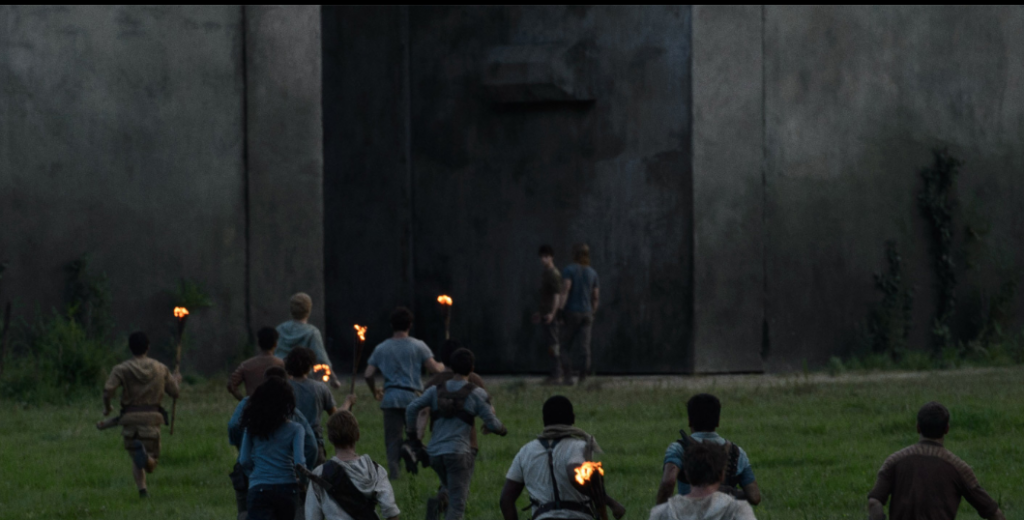 Amazingly unique take on the dystopian genre. Some poor pacing moments and a lack of character development with some characters.