If you thought the cupcake revolution had finally had it’s heyday, think again. Sweet tooths and booze hounds rejoice, there’s a new cupcake in town (and they’re spiked with alcohol!)

“I was never really big on childish cupcakes and I wanted to have something that appealed to an older audience – something that was a bit out there, different and fun to eat,” she says. 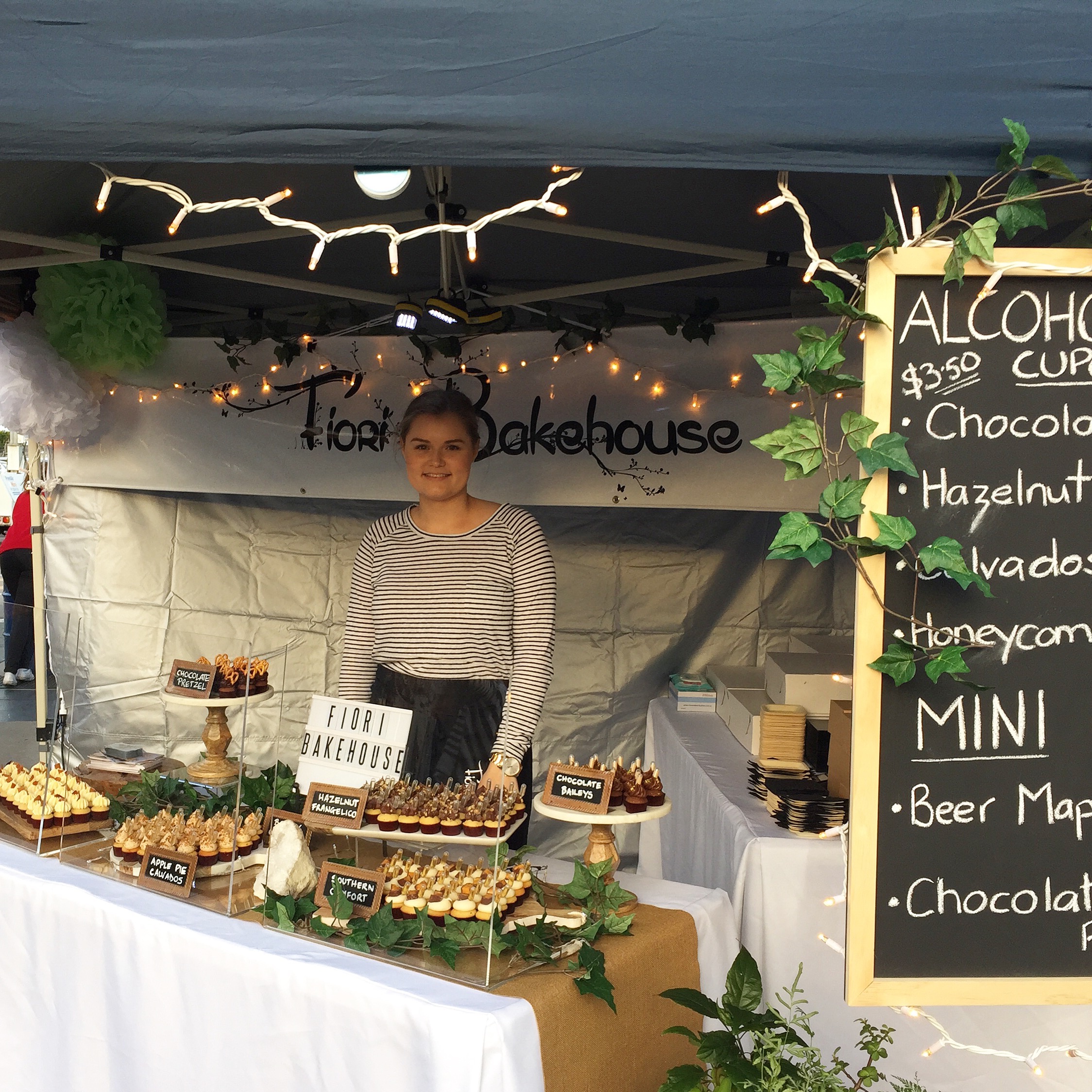 A passionate bakerÂ from a young age, Anna trained to become a patisserie chef after finishing high school, giving her the confidence and knowledge to take her cupcakes to the next level with her business, Fiori Bakehouse.

Anna says she’s always been intrigued by the unique spices that make up the base of many liqueurs, preferring to focus on complex flavours and matching alcohols that fuse through the cupcake and play off each other beautifully.

“Quite a few of our cupcake flavours are based off cocktails you have in bars – we have Cosmo and Mojito cupcakes and a lot of others. We buy the alcohol first and then through that we use the flavours, and then we base it off them.” 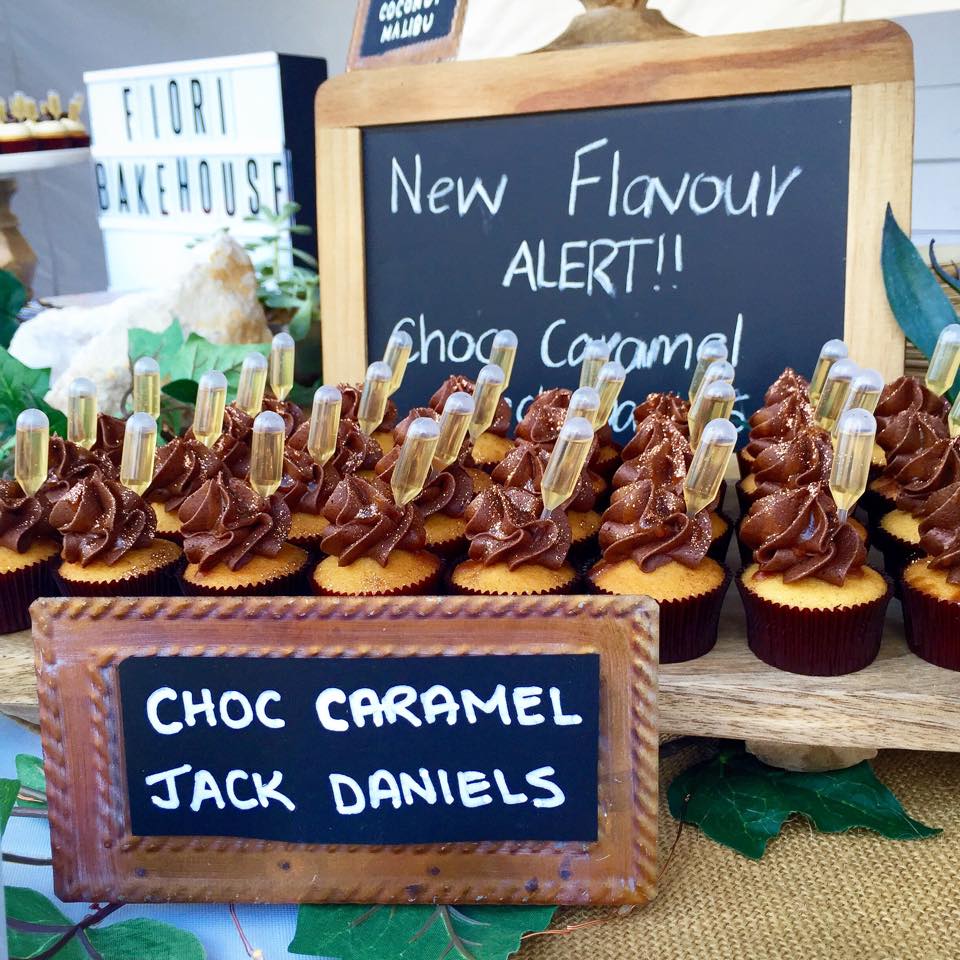 Executing the cupcakes is no mean feat either. Anna says it usually takes weeks to produce a single cupcake, from the initial idea to final product and that there may be some drunken taste testing involved!

“We test it (the cupcakes) out a few times, we change quite a few things around until we get the final product we’re happy with.”

She says the most rewarding aspect of her job is seeing how differently people react to her cupcakes.

“Some people get really excited, they’re intrigued, they’re slightly confused sometimes but it’s really amazing to describe the cupcake to them and see them taste it for the first time. We get such amazing reviews, so it’s really lovely.”

Customers go gaga over her chocolate Bailey’s cupcakes, but as for her personal favourite?

“It’s actually one of our newer flavours, its Lemon Limoncello. Its lemon vanilla based with cream cheese icing and it’s got a mini meringue on top with lemon curd and a capsule of Limoncello.” 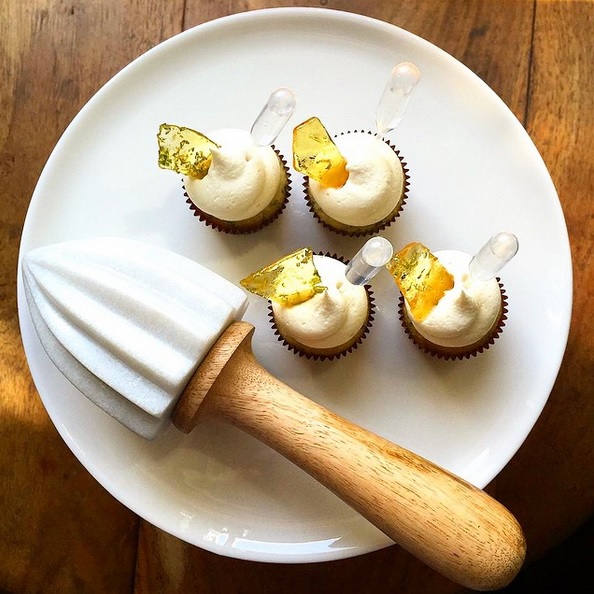 “We’ve been doing quite a few different flavours of brownies – we do a Snickers, Lindt chocolate and hazelnut swirl and a chocolate meringue brownie. We’ve also started cooking marshmallow sandwiches, which have been a really big hit.”

Despite only retailing out of the markets, Anna says she still gets plenty of business to sustain herself.

“We do personal orders and we also have little boutique markets we do – we appear at Finder Keepers quite often. But we do so well at Eat Street and we find that there’s an ever growing crowd of people. We do have our regulars, but we always have lots of people coming up that haven’t seen our product before.” 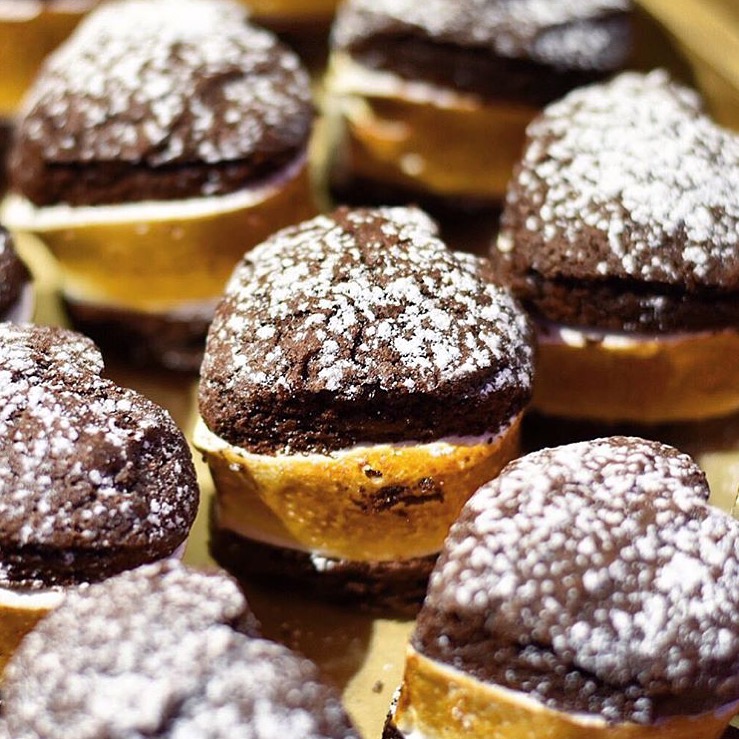 As for plans to expand the business, Anna says she hasn’t ruled out the possibility of opening up a physical store.

“I would love to start off with maybe a little hole in the wall cupcake shop, so something small but I’d also love to do a cupcake bar where I can incorporate the alcohol.”

If you want to try out one of Anna’s cupcakes for yourself, you can find her at the Eat Street markets, where she appears regularly. For more information, check out her Facebook page where she posts market and event details or her Instagram for drool-worthy pics.

If you simply can’t wait to get your mitts on her cupcakes, you can email her at fioribakehouse@gmail.com for custom orders.