The Brisbane Arts Theatre take on The Boy From Oz and win, in a production that is joyous, proud and marvellously executed.

Atypically for the Arts, Boy From Oz brings the orchestra into full view, revealing that they operate not from a pit so much as an orchestra nest, perched precariously on a platform several meters above the stage. The first accolade must therefore be for the nerve and dash of the band, as they aptly support the cast from such a dizzying height.

The clear sight of the band does more than demonstrate their grit, however â€“ in a musical about a musician, with a narrative almost wholly driven by a parade of hits (many of them national treasures at that) there is particular pressure to absolutely nail the songs. And this the Arts Theatre does, admirably working the mish-mash of numbers into a cohesive narrative with real emotional punch. From the flamboyantly festive to the quietly contemplative, this production hits all the right notes. While the show may have shrunk a little to fit onto the Arts smaller stage, its heart has only grown in the hands of this company and their capable cast. 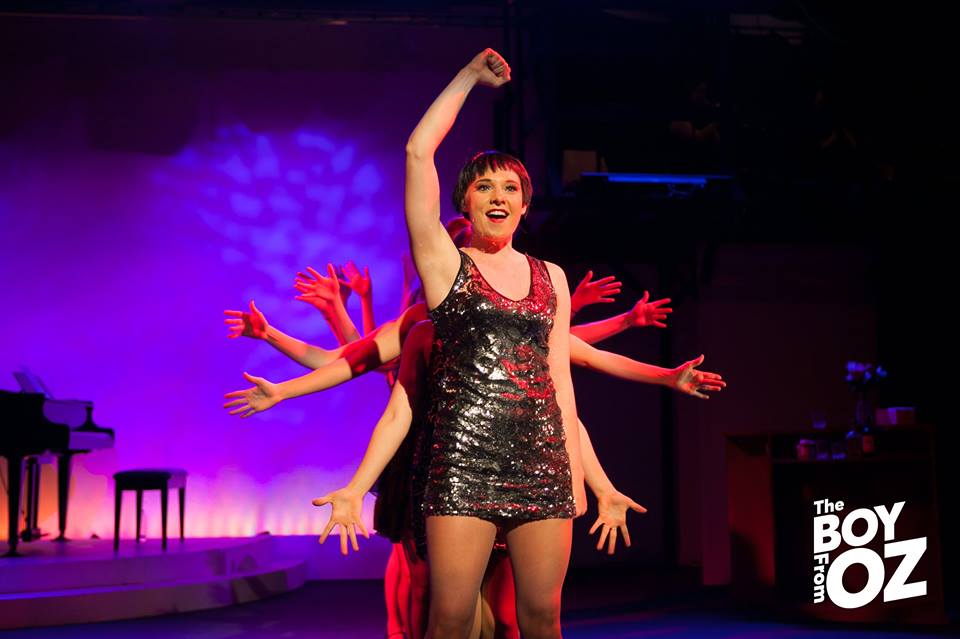 As Princeton in Avenue Q, William Toft (Peter Allen) has previously proved he can carry a show, but the bigger songs and emotional solos of Boy From Oz reveal his impressive range and showmanâ€™s ability to singlehandedly win over an audience. In a crowning moment, he even manages to bring something new and beautiful to I Still Call Australia Home, despite the song having been thoroughly savaged by Qantas.

Toft is supported by Jessica Elise Moore, who gives a rich and tortured performance as the aging Judy Garland, Hannah Kassulke as her vivacious daughter Liza Minnelli, and Sally Daly as Peterâ€™s very small-town Australian mother, Marion Woolnough. Brady Burchill (young Peter) threatened to steal the show with his impressive tap work, while Nathan Hollingworth was sweet and affecting as Peterâ€™s lover Greg. 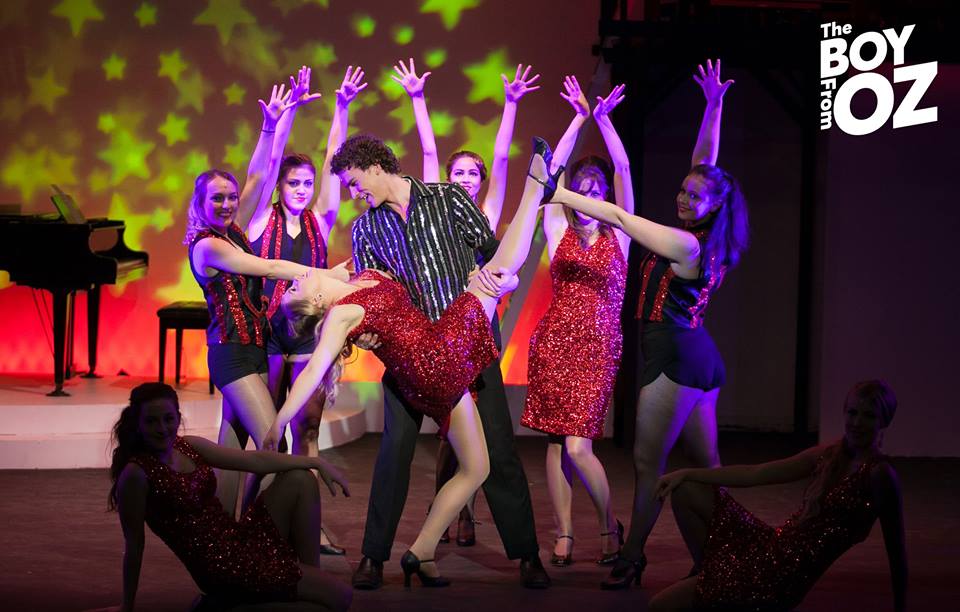 The theatre put their interior screens to good use, with vintage ads, photos and newsreels smoothly covering scene changes and adding a bit of historical flavour to the show. But while the set was scaled down to fit the Arts, the costumes were decidedly not, as Toft shed loud shirt after loud shirt in a seemingly endless succession. Meanwhile, the ensemble tore through a bevy of outfits, from dusty Australiana to high-kicking tights and sequins. The penultimate number, I Go to Rio, had audiences dancing in their seats, and featured enough glitter, feathers and outrageous headwear to satisfy.

The Boy From Oz captivates audiences in a powerful tribute to one of the nationâ€™s favourite sons, and a splendid rendition of a truly Australian musical.

What The Boy From Oz

For more information or tickets, head the BATâ€™s website here.