The Creative Issue recently spoke with up and coming Brisbane filmmaker Jayden Creighton about his experiences in film school, his attitude toward Australian cinema and how he is now putting his talents to the test in the real world of web series.

Tapping his hands on the table and drinking a caramel milkshake – he must be the only filmmaker who doesnâ€™t exist solely on coffee – Jayden notes his apprehension about being interviewed, but as soon as we turn to the topic of film his eyes light up and his words spill out in quick succession.

â€œMy passion for film started by watching and absorbing,â€ JaydenÂ tells us aboutÂ Quentin Tarantino who replaced film school with working in a video store and watching every availableÂ movie. While this obviously worked out well for Tarantino, Jayden opted, along with his own movie watching, for the more traditional avenue of film school.

Jayden studied at the SAE Institute in Byron Bay where he completed a series of fourteen-week courses covering the major disciplines of film, from sound to editing to scriptwriting and had this to say about his experience. 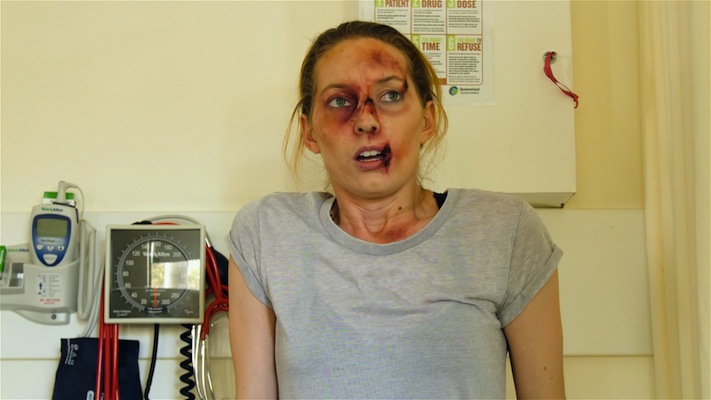 â€œI think film school was great, as it allows you to learn with the proper equipment while making all important mistakes. However in film school I would make a short film in just 14 weeks, which doesnâ€™t let you produce anything particularly polished. Itâ€™s more of a learning curve which you take and then apply the skills to your own content after graduating.â€

Jayden also maintains that the creation of a network is the key bonus of going to film school. He says the mentoring and peer relationships are the things that still influence his work today.

The problem that a lot of young filmmakers face today is that society is constantly bombarded with things to watch â€“ from five-second vines to blockbuster films.Â So the question becomes “How do you get your voice heard or seen?” Jayden has one answer in a web series.

â€œA web seriesÂ is a great platform to get your work noticed. I could take my idea to every funding agency and maybe not get any interest, so it allows people who otherwise canâ€™t get their foot in the door to still make their stories come to life. Itâ€™s another avenue for people to explore.â€

Jaydenâ€™s web series, Riot Girl, is a snappy ten – part crime series, shot in our own back yard of Brisbane. It tells the gripping tale of a vigilante who infiltrates a crime syndicate in order to take down the man who murdered her sister.

Jayden is aware of the new and improved distribution opportunities that exist, but he vows that American films still made the biggest impression on him as a burgeoning director.Â Most filmmakers continue to see the bright lights of L.A. as the beast to conquer. While Jayden agrees with this, there is still the fact that Australian cinema is growing exponentially.

â€œI think you can succeed in Australia. Itâ€™s just a matter of putting in the work and the hours. There are massive tax incentives to make films in Australia now, which they donâ€™t have in America. For example Thor and Pirates of the Caribbean were recently shot in Queensland, and it would be great to see more and more of this happen. â€œ 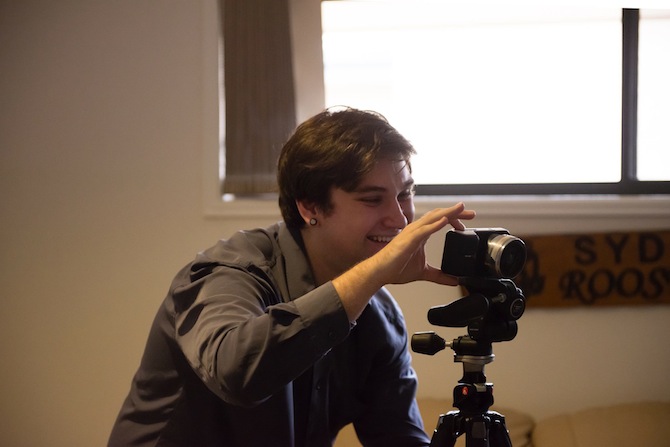 Jayden also tells us that to make it in Australia you pretty much have to be a a writer and director, and thankfully he is more than comfortableÂ directing his own material.

â€œI wouldnâ€™t be as connected to the story if I hadnâ€™t spent countless hours writing it. People do have emotional responses to their work and that is understandable. You have that vision in your head and itâ€™s one issue if you fail at creating that vision, but if somebody else was to fail at it, it would be heartbreaking.â€

Jayden describes film as a great entertainment avenue and escape from reality, but also notes that film has a certain place in bringingÂ about social commentary. Jayden goes onto elucidate an in depth knowledge of how the classic horror movie, The Texas Chainsaw Massacre took inspiration from the Vietnam War, although his individual goal isnâ€™t necessarily about changing society.

With years of film school and lots of short films and productions behind him, Jayden gives some advice to any young filmmakers out there.

â€œMake content. A lot of people tip toe around the idea, or arenâ€™t 100% committed, but I think even if you make a mistake itâ€™s better to make ten lousy short films and one really good one, rather than being all trepidatious about it. So I guess my advice is to start making content, now.â€

Jayden continues to work on his web series and hopes to have it finished by the start of 2017.