The legendary Brian McKnight is gracing the Brisbane stage with his More Than Words Tour.Â

QPAC will host the R&B soul singer this Sunday night for one night only.

Born in America, McKnight grew up in the hub for R&B music and his love for urban translated into his amazing skills as not only a musician but also a songwriter, arranger and producer.

McKnight is one of the worldâ€™s most respected musicians. 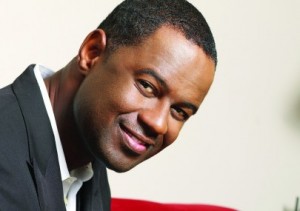 He truly is a wonder to the musical scene and an icon within the world of R&B.

McKnightâ€™s talent has been praised by many which shows by his collaborations with some of urban musicâ€™s biggest names including Mariah Carey, P.Diddy, Justin Timberlake, Nelly and Guy Sebastian.

More Than Words is set to be one of his biggest tours yet. Accompanied by a full piece band and the soothing, harmonious voice of Brian McKnight. What more could an audience ask for?

Despite being solely an R&B performer, McKnightâ€™s talent is something that all music lovers can appreciate and enjoy.

For those who have not booked yet there are still tickets available for Sunday night!