It’s been a while since we’ve seen Sydney producer, Basenji tearing up any Brisbane venues. We’re glad to say, as of this weekend, that will change. Red Bull Presents: Bright Futures is bringing Basenji back with a night of end-of-semester celebrations at the Empire Hotel on Friday, November 23. The event, a curation by Red Bull Music and multi-disciplined Perth artist Ta-ku, with creative direction by his creative agency Pretty Soon, also features Skin on Skin and Ninajirachi.

“Basically, my manager suggested we do it two or three months ago and it’s been a while since I’ve actually done a show in Brisbane. Also it just sounded like a really well organised, fun event, so i couldn’t really say no! I also knew that Ta-Ku was involved, and I’m somewhat connected to him through my label, Future Classics. We’ve done shows together before. It just made sense to say yes.”

So since Basenji said yes to the gig, we’ve been itching to know just what to expect from the night in question.

“I guess usually what I do is, within the time I have offered, I just try to fit in as much of my own music as possible and then if there is space in the set, I will often fill the gap with maybe songs that I really enjoy at the moment or remixes or edits of songs that I enjoy. ” Basenji explained, “The set is usually somewhat self-indulgent and I will be playing a lot of my own catalogue. But, I try to make it engaging and fit within a nightclub context. I won’t be doing anything too weird, it’ll all be pretty approachable, I think.” 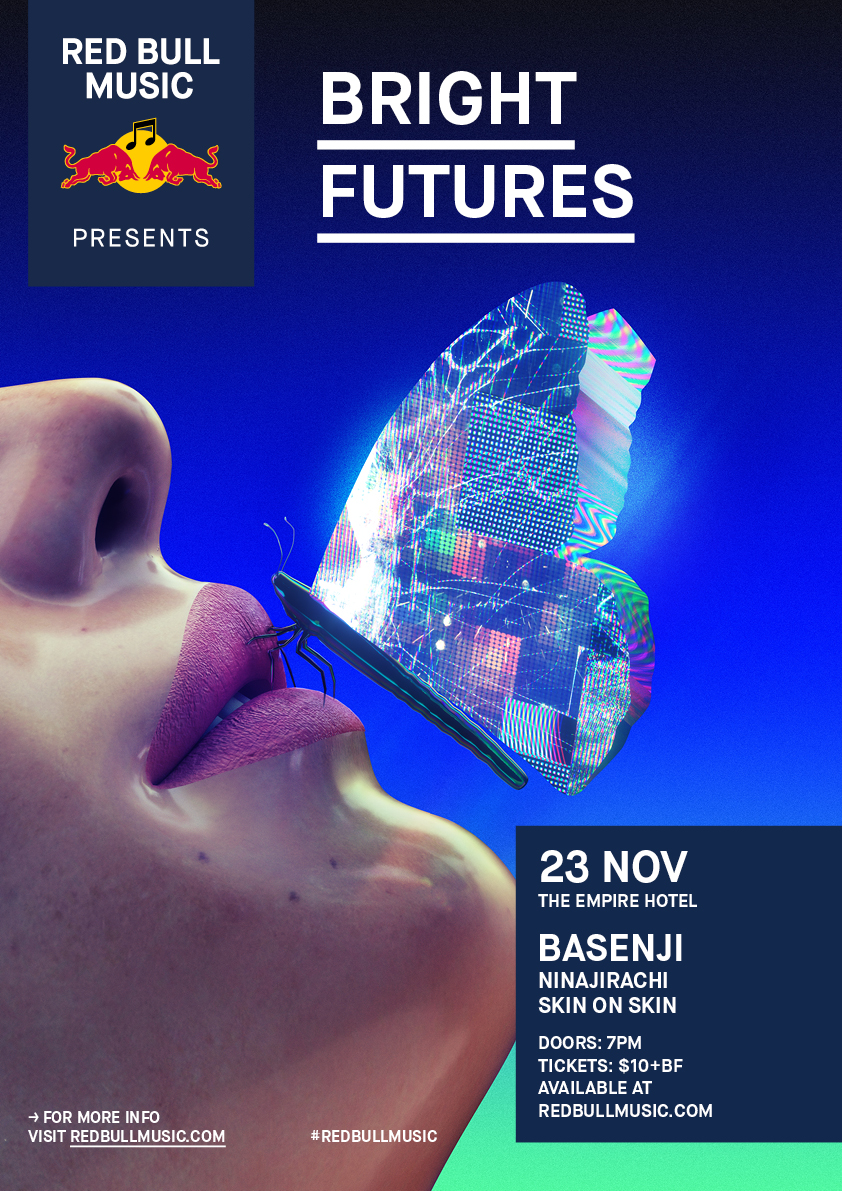 Basenji says he might not feel so young like the crowd who is likely to show up, but back in his uni days was when he started to feel a real connection to music.

“Am I a young person? It’s my birthday next week, I feel old! I left university five years ago, it’s a long time.”

“I went to Sydney University. Manning Bar is a very well-respected venue. They’ve brought through a lot of really interesting, engaging artists. I’ve always been very lucky to be associated with that campus and that venue because it actually is just one of Sydney’s better venues, which is interesting. That was uni, where I started doing producing and DJing, not in the classes or anything, but it was around that time when I left high school and started university that I really found a passion for music.”

“As soon as I finished my degree, I was like, ‘this is great, now I have free time to actually start  working on music and consider myself doing it full time.'”

Seeing as Basenji now has a list of international gigs, in Europe and Asia, under his belt, we wanted to know how shows like Bright Futures at home compare to gigs overseas.

“I definitely just feel a lot more comfortable in Australia because I do feel some kind of connection. I know that at least going to Brisbane, I do know some people in Brisbane and you know, I’ll have friends there, or even just knowing artists on the lineup or knowing the venue and stuff like that. Touring overseas is not like that, there’s a lot more anxiety, I think. I feel a lot more comfortable, and I enjoy it, that feeling of safety. It’s also like, I do feel a bit more connected with an Australian audience, than I do anywhere else. I’m not an expert, but I feel like I know a bit more about what’s going on on the ground. I feel like it’s a stronger connection to Australian audience than audiences overseas. It doesn’t mean either one is better or worse, it just means I’m the product of my own environment and I feel really at home, so to speak.”

If you’re heading down to the Valley for a night with Basenji, he gives this advice:

THE DETAILS:
What: Red Bull Music Presents: Bright Futures Brisbane
Where: The Empire Hotel
When: 23rd November
Tickets: Check out the website here