Brisbane a cappella has soul

If, like me, your knowledge of a cappella is based solely on Hollywood versions like Scrubs and Pitch Perfect, youâ€™ll probably be surprised to know that Brisbane has itâ€™s very own a cappella group, Soulstice Brisbane.

What isnâ€™t surprising, is the fact that a cappella is even more fun live than on television.

Especially when the performance includes covers of songs made famous by the likes of Beyonce, Tegan & Sara and Crowded House.

Not knowing what to expect, it was clear upon arriving at Cloudland that this was going to be a fun and slightly fabulous event.

Men in blazers, women in high heels, couples enjoying canapes, families and friends all filled the lavish venue and created a buzzing atmosphere.

The themed cocktails, Vodkapella and Soulstice Sunrise, probably helped create a little bit of buzz too! 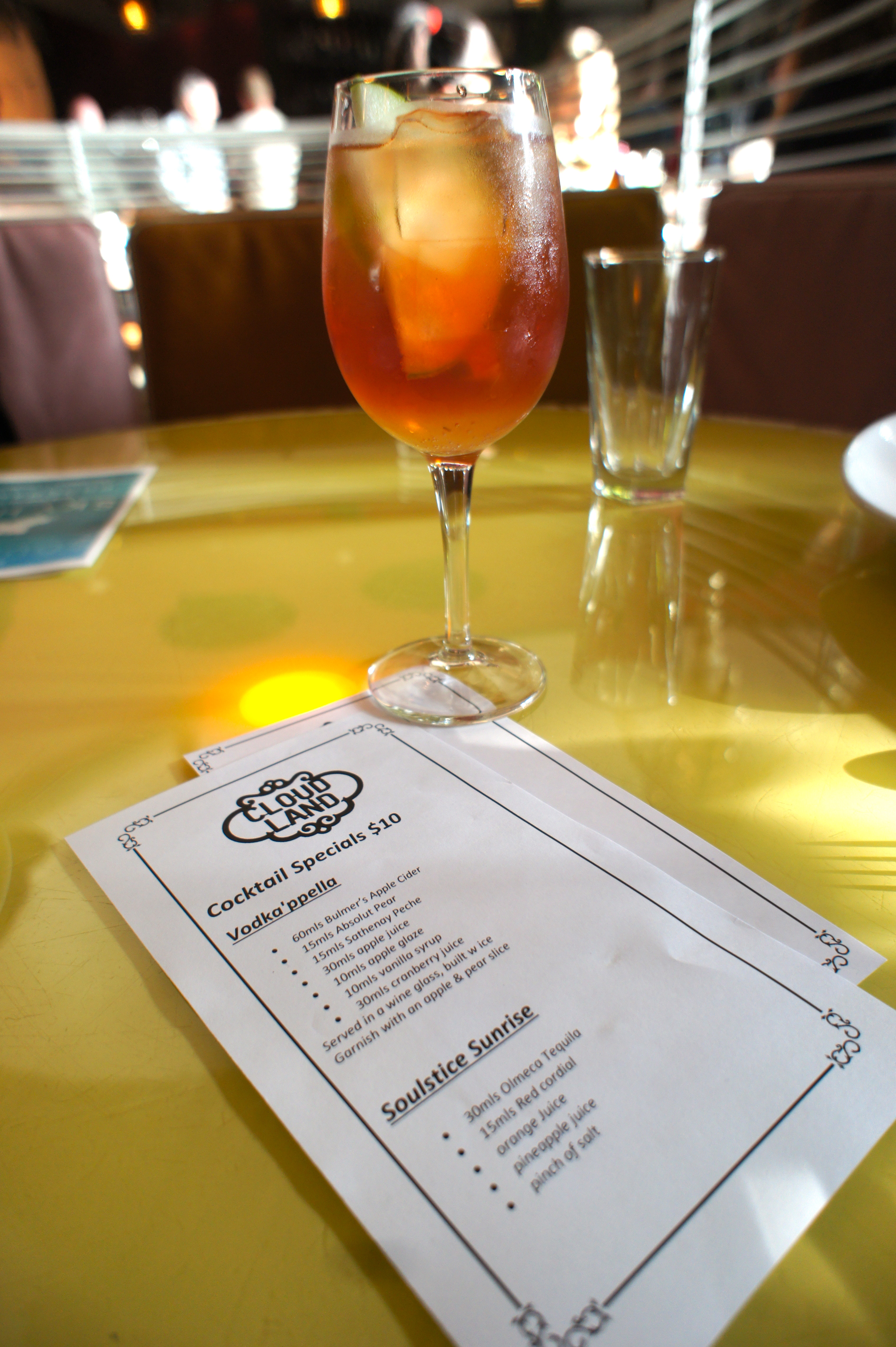 However things really kicked off when the Soulstice crew took the stage, opening the show with a cover of ‘Canâ€™t Hold Us’ by Macklemore & Ryan Lewis.

The exciting arrangement and level of energy made it clear that this group of 18 – 26 Â year olds were passionate about making music with their mouths.

This opening number also confirmed that Soulstice had dedicated a lot of time and effort to curating the event, as even the smaller details were done with style. 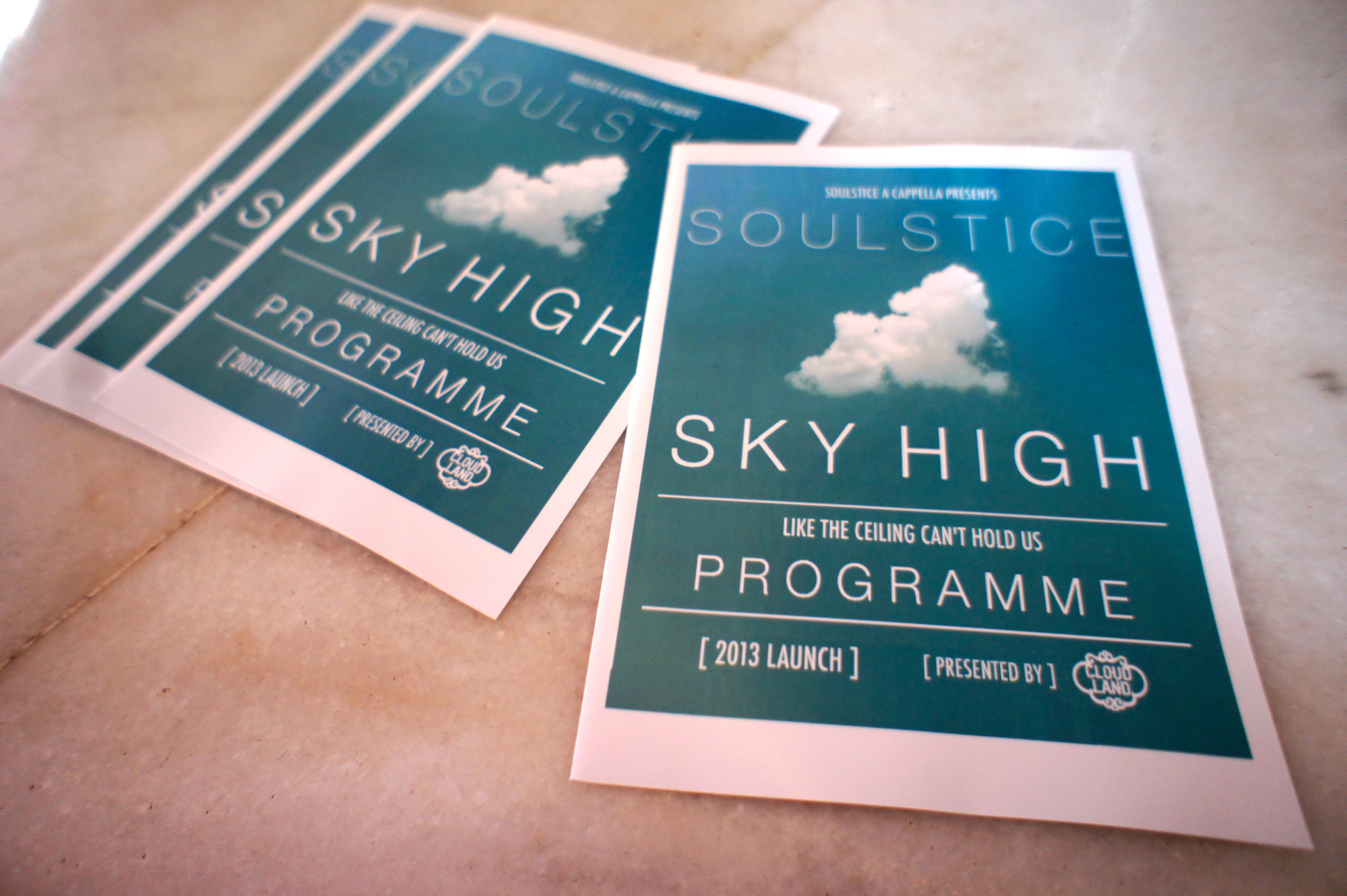 The programme for the afternoon was not only well-designed, but extremely helpful for putting names to the talented faces.

A necessity as the group frequently changed their featured singers in order showcase every one of their vocal talents.

A highlight of the show was the all male performance of ‘Lady Marmalade’.

The men exuded more sass than Lil Kim on the red carpet with their choreographed moves and impressive vocal abilities.

Of course the women also had the spotlight, performing a beautiful beat-boxing filled cover of Regina Spektorâ€™s, ‘Fidelity’.

The final arrangement, a mix of Beyonceâ€™s ‘Halo’ and Justin Timberlakeâ€™s ‘Mirrors’, ended the evening on a high note. 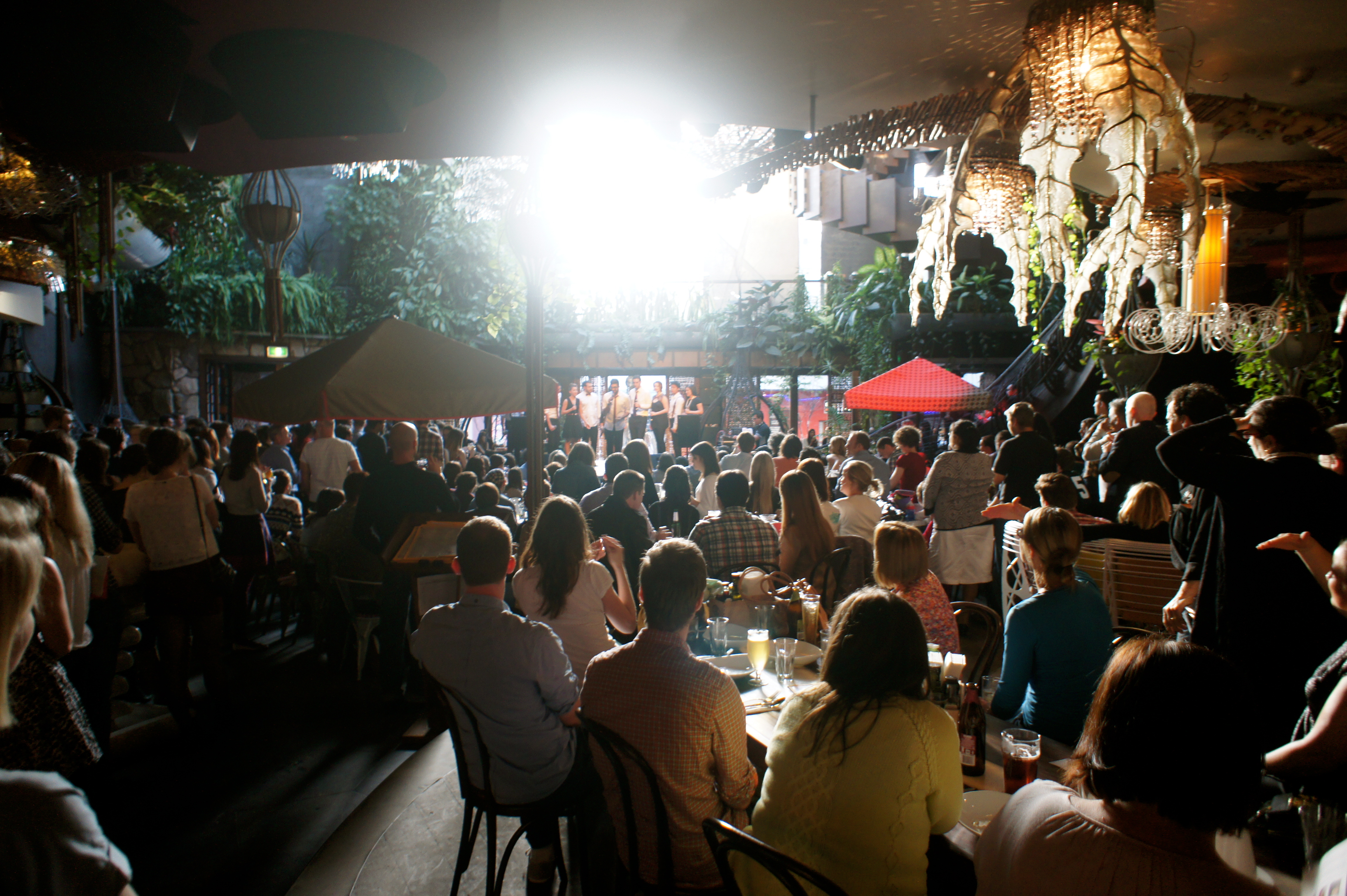 A thoroughly enjoyable afternoon, I think itâ€™s safe to say Soulstice Brisbaneâ€™s first gig for 2013 would definitely be a contender in any national collegiate a cappella competition, even without Fat Amy.