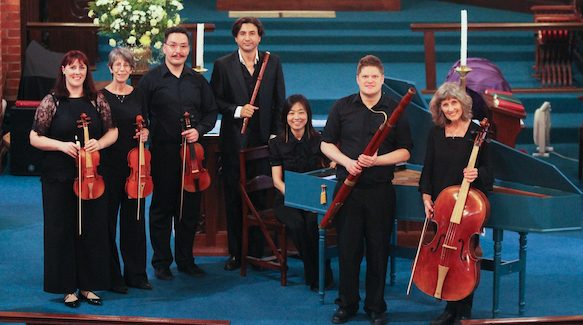 Brisbane Baroque Players will return to the stage for a special socially-distanced concert on Sunday 12 July, featuring works by Georg Philipp Telemann.

‘Telemania’, held from 2-3pm at St Augustine’s Anglican Church in Hamilton, will be the ensemble’s first performance since before lockdown.

We sat down with the ensemble’s president and cellist Alex Averi to discuss the concert, and all things baroque.

The Creative Issue: How excited are you to get Brisbane Baroque Players back together and perform a live concert?

Alex Averi: It’s been wonderful. This is where chamber music groups really have the advantage over big orchestral groups, when they have to social distance. I love chamber music. I’ve always said to my students that the reason I play the cello, is for chamber music. We’re having so much fun, we’re rehearsing in little groups and we can socially distance our concert, and it’s lovely. It’s wonderful to be back.

TCI: What is it like to perform in a socially-distanced setting?

AA: It affects the sound a little bit, but we’re not too far apart. For the concert we’re doing on Sunday, we’ve only got maximum four people on stage at a time. When you can’t get really close to your fellow performers, there’s a lot of not only listening, but also eye contact, and reading each other’s body language. So, it’s possible, but only with a few people at a time. 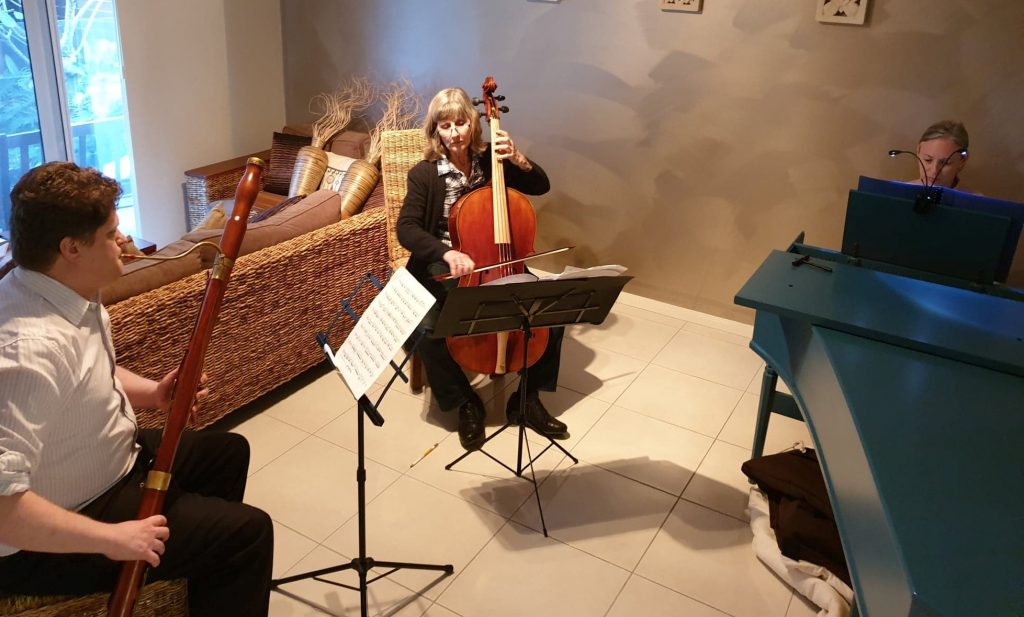 TCI: How does it feel to rehearse together again, after being isolated for so long?

AA: Wonderful! At BBP, we’re all just good friends and we all just love this music, so it’s like putting on a nice, old pair of slippers again. Being back to normal. We enjoy each other’s company, and rehearsals are fun. The approach we take to our concerts is very much, come along and share with us, the music we’ve been sharing together. We don’t have huge tickets on who we are, but we’re having so much fun with this music. In our concerts, we try to make it very intimate. I actually MC them, so I stand up and talk to the audience and talk about the composer, really share what we’ve been having so much fun exploring in our rehearsals. 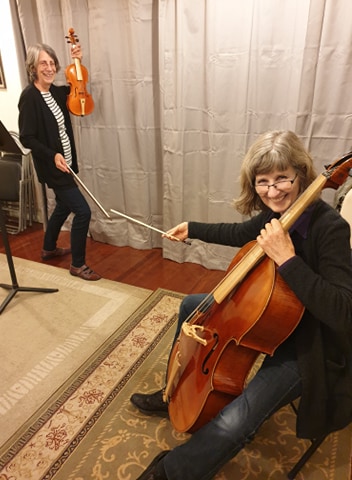 TCI: What inspired you to present a program of Telemann’s works?

AA: Well, we’re gradually working through some themed concerts, and Telemann was a leading light in his day, in the Baroque era. He was very much the pop star of the day. Telemann was largely self-taught, he started off studying law, before he felt that his heart was in music. He taught himself several instruments. Telemann was one of the greats of the late Baroque era, and he deserves a concert!

TCI: Tell us a little about your baroque instruments?

AA: Well, I play baroque cello. We often introduce these in the concerts. So, with the baroque instruments, the difference is, because the cello doesn’t have a spike, and the violins and violas don’t have chin rests or shoulders rests, they sit on the body slightly differently. The fingerboards are slightly lower and flatter, there’s a different curvature, and there’s a different bridge, and different curvature of the bridge. Then there’s the gut strings, of course. They sound warmer, but they’re grittier under the bow. We use baroque bows too. You’ve got to completely rethink your bowing technique. So, they’re much harder to play. They’re much less forgiving. We have to really work hard on getting these instruments to speak.

The concert on Sunday also features baroque flutes, baroque bassoon, and we’ve got a harpsichord. So, the continuo section is the cello (basso continuo) and the harpsichord. 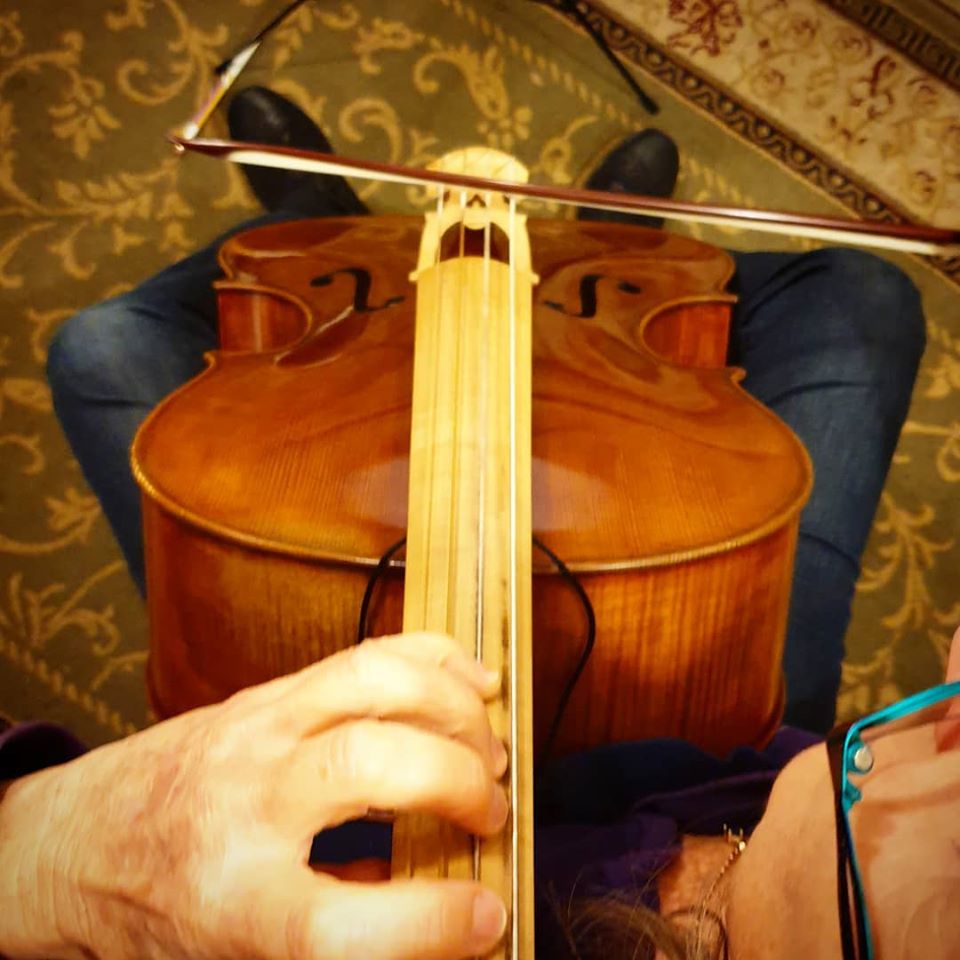 TCI: Tell us a little about the background of Brisbane Baroque Players?

AA: In various guises, it’s been in existence since 2011, so that’s a long time. I got involved at the end of 2017, there were a few different things happening. Then, at the end of 2018, we really reestablished ourselves as a baroque chamber ensemble. A distinction of BBP is that we play entirely on period instruments. There are some groups around who play on some period instruments and some modern instruments. There’s only one other chamber ensemble, Arioso, who play entirely on period instruments. We’re very proud of that, we think it’s a very different sound. It’s interesting for the audiences to hear music played on instruments that were around when the music was written.

TCI: Do you have any advice for other chamber ensembles looking to return to live concerts during this time?

AA: Do it! Well, again, chamber music is just so rich. All of us have to look at the realities of social distancing. For the concert that we’re doing on Sunday, it’s in St Augustine’s Anglican Church. We’ve submitted a complete COVID safety plan for them. So, we’ve thought about how we manage the booking, and how we do a whole lot of things. We’re going to run the concert with no interval, so people aren’t gathering together. We’re not going to hand out printed programs, but we’ll have hand sanitiser and social distancing. You’ve got to think about all those things.

It’s problematic for large concert venues, I think they’re still figuring out how they can reopen. It’s not cost-effective for them if they can’t get enough people through the door. If you’re a chamber group willing to perform in a small venue, then you can cope with small audience numbers. I think people are just bursting to be out there having live music again. It’s really refreshing to be able to do so. There have been some very good quality streaming on Facebook, but that’s nothing compared to the real experience. 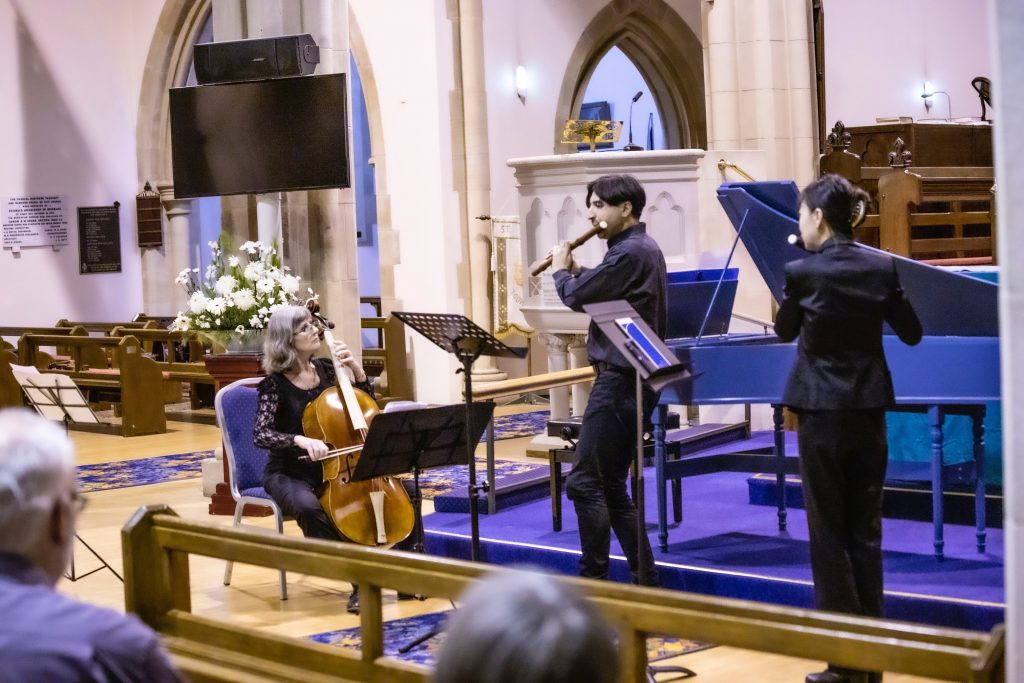 TCI: What are you most looking forward to in the concert?

AA: Well, all of it! What’s fun for me, is I do the MC-ing, so I’m going to be rabbiting on about Telemann. As the cellist, I’m playing for everyone. There’s one unaccompanied flute fantasia, which will be absolutely gorgeous. Other than that, the continuo section, which is the cello and harpsichord, we play for everyone. So, it’s lovely. In the concert, there’s two Telemann String Trios, so that’s two violins, cello and harpsichord. There’s a flute sonata, bassoon sonata, then the flute fantasia at the end.

Bookings are going really well. The idea is again, because of COVID, that people need to book because of the capping audience numbers. So, they can either phone us, and give cash on the day or they can book online with TryBooking. So, get along because there’s something intimate and refreshing and — here’s a good word — visceral, about being immersed in live music. 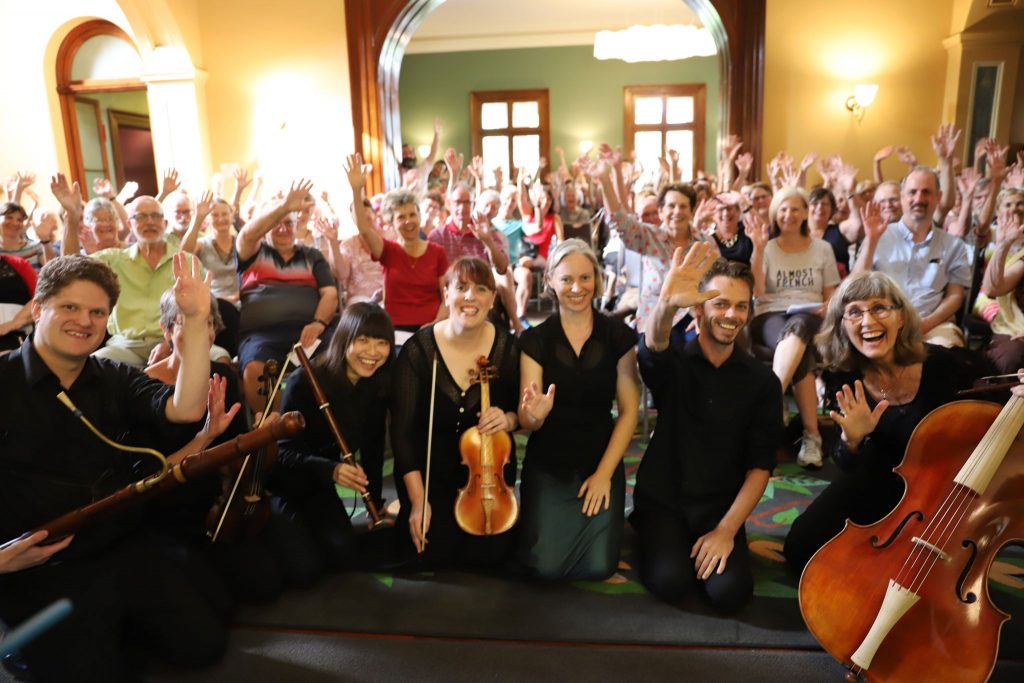 The Details:
What: Brisbane Baroque Players ‘Telemania’ Concert
When: Sunday 12 July, 2-3 pm
Where: St Augustine’s Anglican Church, 56 Racecourse Road, Hamilton, Qld 4007
Tickets: $20 adults, $15 concession, FREE for under 12s. Book here.
Social distancing will be observed both within the audience and on stage, to ensure all can enjoy the performance, while staying safe. Bookings are essential, as numbers are limited.

Zero to One Art Rave