For long now humans have united at the act of slugging down a pint of beer at the local inn, and with that thought in mind, naturally our taste for the finer things in life have drawn into line our demands for tastier brews.

On the 30th of August, the Valley’s Elephant hotel will hold its very first Craft Beer and Cider Festival to celebrate Brisbane’s growing craft beer culture and will no doubt be a teaser for what is to come at the annual Beer InCider Experience later in the year.

Punters are expected to see an array of local artisan breweries showing off their latest tastes to the public at the one-day festival which is set to attract over 2,000 visitors.

Aside from the amazing array of local talent, international breweries will also be on tap to entice your taste buds, such as Brooklyn Beer Company, Sierra Nevada and Hitachino Nest.

The artisan craft beer and cider culture here in Brisbane is fast growing, and contenders in the shape of local beer companies are capitalizing on our obsession with the ‘local’ food movement.

Now choosing that weekly or daily brew is influenced more by quality, location and artisan image then predominately about an established brand, giving way for smaller and more unique beer companies to shine.

With 25 Breweries, 70 Beers & Ciders from Australia, NZ, America, Italy and Japan to try, whatever your fancy there will be something for every type of beer loving connoisseur.

A Peopleâ€™s Choice award will be chosen for the most popular beer and cider on show, with one lucky voter given the chance to win a selection of artisan craft beer for their vote.

As well as the tasty drinks and bites on offer at the event, beer and cider appreciation will also give visitors a reason to come out to the event. Matt Kirkegaard will be giving classes early-on for those interested in learning how to taste and appreciate a good brew. 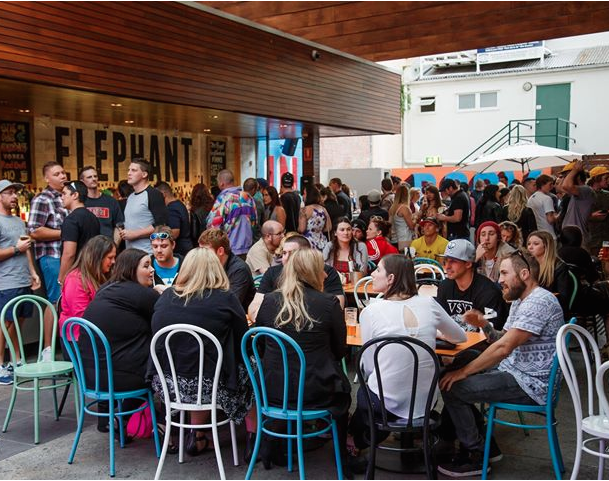 What: Craft Beer and Cider Festival

For more information head on over to The Elephant Hotel Website.

The Rise and Fall of Everton Park’s Concrete Canvas

Australians at the Toronto Film Festival