The acts for the Adelaide Cabaret Festival are always really something else.

This year’s lineup includes an incredibly diverse array of characters from all around the world. From our humble Brisbane, comes a siren of the stage, Naomi Price. Naomi has had an extensive career in theatre and performing and brings with her to Adelaide “Rumour Has It” a show that has been lauded by critics and audiences alike for the past four years. It looks into the enigmatic world of British singing sensation Adele. We had a chat with Naomi this week to have a look into what audiences can expect from her award winning show.

The Creative Issue:Â Is this your first time performing in Adelaide?

TCI: How do you think locals will receive your show?

NP: Well, I went to Adelaide Cabaret Festival in 2014 because my partner was performing. And thatâ€™s probably the drunkest Iâ€™ve been in a long time. It was the opening night of his show at the Adelaide Cabaret Festival and that was Kate Ceberanoâ€™s last year as Artistic Director. So I got a real taste of whatâ€™s itâ€™s like to be a guest at the Cabaret Festival, which is I think is really going to serve me when I go there because I had such an amazing experience. The vibe there for Adelaide Cabaret Festival is just phenomenal; I honestly think thereâ€™s nowhere thereâ€™s nothing like that elsewhere in the country. Itâ€™s kind of one those things that every year feels special for you if you were there itâ€™s kind of one of those events that you go â€œoh my god, were you there in 2012 with this artist and that artist? and â€œremember when this person did a live pop-up show?â€ I think what I love about it is just the vibe so itâ€™s a really long way of saying I think people will love my show there because itâ€™s fun, itâ€™s frivolous, itâ€™s got a lot of heart and also people will be drunk and I love performing for drunk people. So thatâ€™s good too. Yeah I think itâ€™ll go really well there.

TCI: How does it feel to be a part of such a renowned festival?

NP: Going to Adelaide Cabaret Festival has been a dream of mine ever since we wrote this show. Weâ€™ve been doing this show for almost four years. Itâ€™s taken them a really long time to get their acts together and actually get us down there. Itâ€™s such a testament to Eddie and Ali that theyâ€™ve booked us this year because it just shows that theyâ€™re really invested in Australian-created shows. And particularly, Brisbane and Adelaide do have a bit of a sisterhood, I suppose, in terms of being Sydney and Melbourneâ€™s younger sisters in terms of the Arts. I always feel like Sydney and Melbourne look down on Brisbane and Adelaide because you know weâ€™re not as big as they are and we donâ€™t have as many musicals on at the same time as they do. And thatâ€™s of course only to do with population and how many people you need to sustain a long running show. But I think whatâ€™s so great is to take a show thatâ€™s been made in Brisbane – and weâ€™ve had four sold out seasons now in Brisbane in the last four years – weâ€™ve got an amazing audience for up here and itâ€™s the show that just comes back and comes back. So to take it to Adelaide I think Itâ€™s pretty rad and I love that Eddie and Ali have taken a chance on us and believe in our show and rightly so because itâ€™s selling like hot cakes.

TCI: What do you think about the other acts? Are you anticipating anyone?

NP: I am down there in a week where basically everyone who I wanted to see is not on at the same time as I am. So Iâ€™m really excited to see lots of people that I donâ€™t know their work because thereâ€™s a lot of people that are performing when I am down there. But If I was able to come any earlier and I wasnâ€™t doing other work I would have loved to have seen Dita Von Teese Iâ€™m absolutely, completely obsessed with her I canâ€™t see any of her Australian shows because Iâ€™m working. So I think Dita Von Teese is amazing, I think Megan Hiltyâ€™s an amazing addition. I saw 20 feet from Stardom the documentary about backing vocalists which starred Lisa Fischer. So Iâ€™m really hoping to catch her Brisbane show because I wonâ€™t be able to see her in Adelaide. But I think itâ€™s an amazingly strong line up this year itâ€™s just incredible. And again, Ali and Eddie have put together this amazing program where I really think there is something that caters to all tastes. Whether you like comedy, whether you like musical theatre, whether you like razzamatazz, whether you like straight up burlesque I think itâ€™s an amazing program. 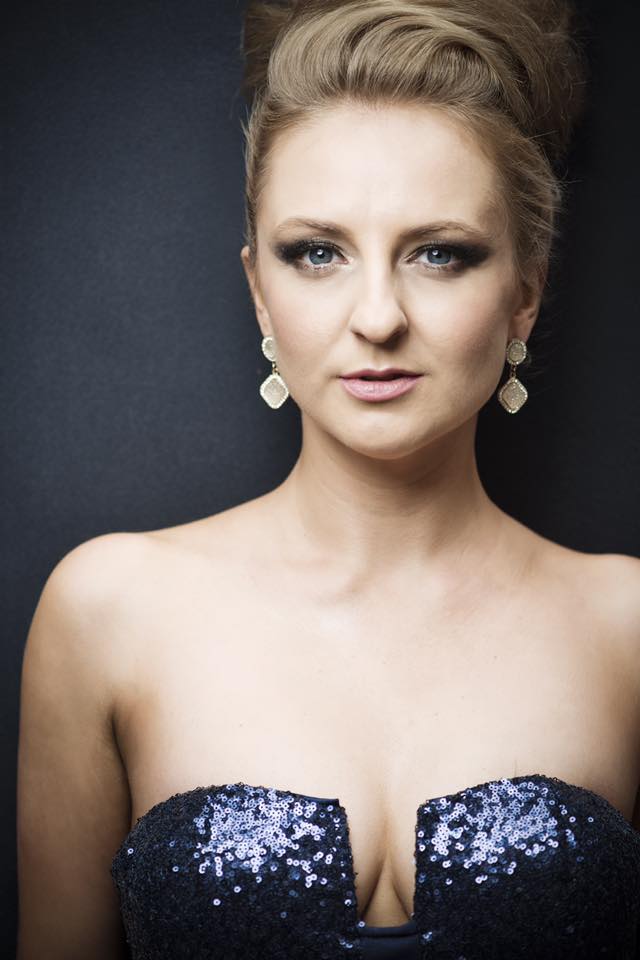 NP: Yeah, thatâ€™s right. Ali actually did a show, I think it was called Jazzamatazz, and itâ€™s a cabaret specifically for children. Which I think is awesome because cabaret is an incredible art form that incorporates live audience address and music and comedy, and what kid doesnâ€™t like laughing and singing? So itâ€™s just cool. I think itâ€™s awesome theyâ€™re making it more family friendly.

TCI: With Rumour Has It, why Adele? What was the process behind writing with co-writer Adam Brunes?

NP: We chose Adele, initially as a piss-take, the show was initially going to be called â€œCheer the Fck Up Adeleâ€ and it was going to be a piss-take of like â€œwhy was Adele just writing all these songs all the time?â€Â  I went through a massive break-up, Adam went through a massive break-up, and both of us happened to listen to 21, which was Adeleâ€™s second album at the time. And both of our break-ups were I guess punctuated or underscored – the soundtrack for those break-ups was 21. And I think after that experience of really kind of connecting to her music on an emotional level, I think we realised we couldnâ€™t do a piss-take show because sheâ€™s actually too likeable. And we fell in love with her.

The first thing that really we got obsessed with was just how different her singing voice is to her speaking voice and that kind of became the jumping off point to writing a show about her. And we were like â€œwell thatâ€™s perfect for a characterâ€ because we get to tackle beautiful emotion and soul in the song, and probably 90% of the time we get to be absolutely outrageous loons and just talk in a crazy accent and take the piss out of a lot of things. And what I love about the character that weâ€™ve created is sheâ€™s so good-natured, and genuinely has a warm heart, that she gets away with saying absolute nonsense. And we use her as a vehicle for us to express our views about pretty much everything. From marriage equality to politics to Chris Brown and Rhianna to whatever you know we get to use that to speak up about things and take the piss of things kind of like a stand-up comedian does. Weâ€™ve had an amazing kind of journey with her and sheâ€™s been a great vehicle for so many cool ideas.

TCI: How long have you worked with Adam?

NP: Well, this is the first show we wrote together. We wrote this in the end of 2012. But Adam and I had been very very very good friends for years before that. Weâ€™ve known each other for ten years this year so it just seemed like a natural collaboration. We both have a similar sense of humour and all the clever funny smart bits in the show are all Adamâ€™s, Iâ€™m just the person who gets in the fat suit and delivers the lines. So yeah, weâ€™ve been working together for four years.

TCI: Your show is an award winning show. But the celebrity world is constantly powering ahead. Have you had to change or add any new material to the show since you first opened?

NP: Yeah absolutely, itâ€™s totally different to our first version. There are sections in the show that we usually only write the day before we do the show. And thatâ€™s because we want to keep the show really current so thereâ€™s just certain jokes that are about location, or about whatâ€™s happened in the news lately or what stupid things people have done. The best thing about this show and it being a commentary on pop-culture and celebrity is that famous people always do stupid things. So thereâ€™s always stupid things to take the piss of. And thereâ€™s been an amazing amount of fodder for our jokes because itâ€™s just ludicrous the stuff that famous people do. The great thing about Adele of course is sheâ€™s such a private celebrity that even though sheâ€™s put out another album of cracking music she still hasnâ€™t really let anyone into her private life. And I think thatâ€™s useful for us because we use this show to kind of fill in the gaps there and thereâ€™s no one really who can sit in the audience and tell us weâ€™re wrong, because Adele herself has never told this story. Which I love. Itâ€™s kind of like we get to narrate or be the story tellers of her life on her behalf because sheâ€™s not a Kardashian or a Hilton – she doesnâ€™t parade herself or her private life all over Instagram. Sheâ€™s really private and just gets down to the business of great music, which is awesome, and it means we get to have more play in this what we think her life is like or what we think her views are on certain things. 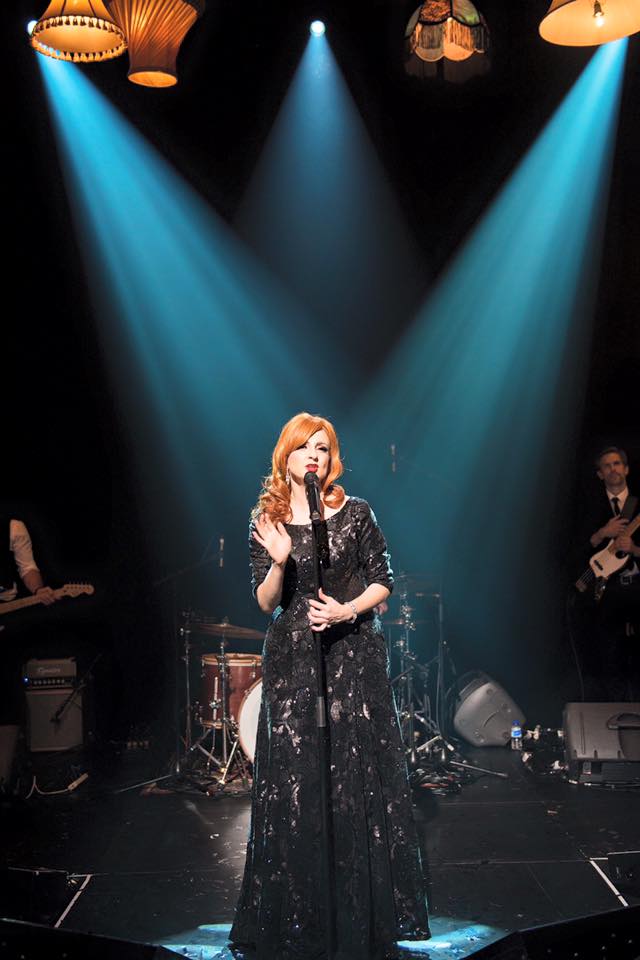 TCI: Where are you taking it next?

NP: Weâ€™ve got several tour dates actually. We are going to NORPA in Lismore, we are going to Karralyka which is in Ringwood about 30 minutes out of Melbourne, and very excitingly we are going to Hamer Hall on July 30 which is the biggest venue we will have played – I think itâ€™s two and a half thousand seats. So weâ€™re doing one night only in Melbourne, which will be amazing. And then after that who knows? Thatâ€™s our kind of next four things is Adelaide, Karralyka, NORPA and Hame Hall. Weâ€™ve got some really exciting things to announce but we canâ€™t tell you yet.

TCI: Are you working on any other projects?

NP: Iâ€™m currently in the Tragedy of King Richard the III at La Boite until June 11. And then Iâ€™m doing a lot of Adele stuff and Iâ€™m also going to be the digital host for The Voice this year. So I start working on that at the end of next week which will be awesome and Iâ€™m going to be flying back and forward to Sydney for filming and stuff all through the next couple of months so itâ€™s pretty hectic. Yeah – itâ€™s good though.

More Info:Â How to Book hereÂ

Plenty of Scares in Little Shop of Horrors!

A Hidden Gem From The Brisbane Cabaret Festival