Experience a percussion concert that reflects the contour of the city and changes with the colours of the sky in Brisbane Festival’s Percussion at Dusk with Vanessa Tomlinson.

Presented as part of Brisbane Festival’s Listening Etudes, Percussion at Dusk explores the soundscape all around us in the everyday. As the world fell quiet during covid, new opportunities for listening opened.

On 19 and 26 September, percussionist Vanessa Tomlinson performs her World Premiere composition, for solo tamtam. We had a chat to Vanessa on percussion, composition, and how to listen.

The Creative Issue: What is it like to be involved in BrisFest 2020, after such an unpredictable year?

TCI: Tell us a little about your World Premiere composition that you will be performing at Brisbane Festival?

VT: This composition is for solo tamtam, which is a really large gong. I often refer to it as being a universe of sound; the more you listen to it, the more amazing things you hear in it. I play big washes of frequencies and I try to tease individual tones from the tamtam during the performance. The composition explores lots of different techniques for the tamtam, from bowing it, to hitting it, to using other implements. The goal is to create a sonic meditation, while looking out at the vista of the city. It becomes like film soundtrack, the film is the city and the soundtrack is the tamtam.

TCI: Your work has a focus on experimental music, exploring sounds in the everyday to awaken a deeper sense of listening. How does this translate to your site-specific performances across three outdoor locations in Brisbane Festival?

VT: Part of the rationale for this piece being outdoors is that you can’t stop other sounds happening. The performance is not amplified, so birds, dogs, people, cars, helicopters, airplanes, all become part of the composition. I guess the composition helps people listen, not just to my performance, but to the soundscape around them.

As an extra guide for me, I am using the outline of the city, as part of my score. I’m also using the sky as part of my score. So what that translates to, is rhythmic material in the piece is based on the shape of the city that I see from where I’m playing. The changing, shimmering resonance that comes out of the tamtam is based on the changing colour of the sky. So, because it’s at dusk, the first one [last Saturday], had a really, really beautiful transition of colours and clouds, that gets reflected in the composition. Each performance is recognisably the same, but different, based on the position of myself to the city and whatever’s happening in the sky that day. 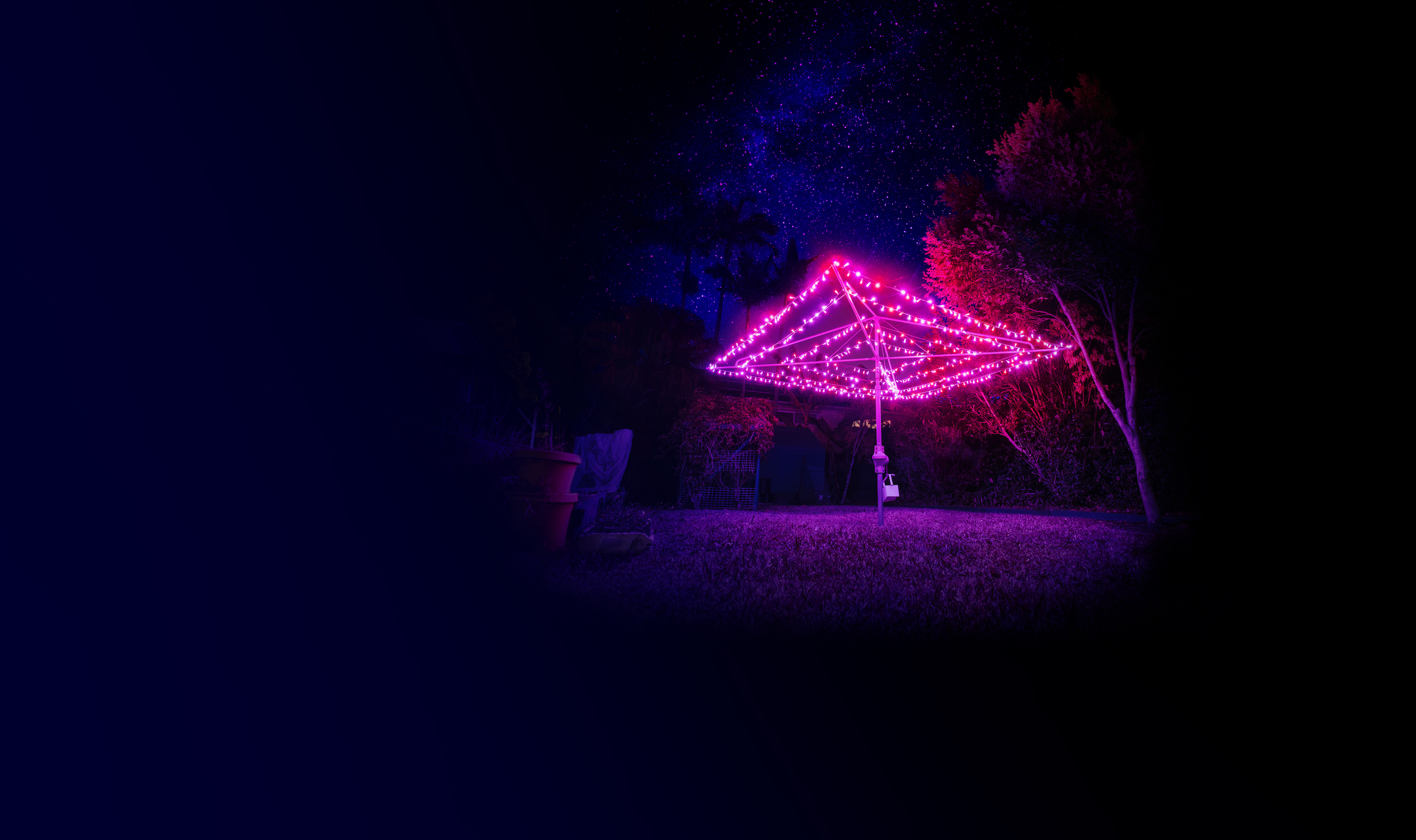 TCI: Tell us more about your percussion instrumentation techniques in Brisbane Festival? How will you use the tamtam to create unusual sounds?

VT: A tamtam is quite heavy, thick metal, and I use a double bass bow across the edge of it, to bring out a beautiful high-pitched tones, not unlike the sound of a viola. I use bouncy balls with a knitting needle in them to rub against the surface of the tamtam, and they make these beautiful, moaning and yearning sounds. I use metal brushes, marimba mallets, super large chopsticks (for cooking noodles), snare drum sticks, and then, of course, tamtam beaters, which are really quite heavy. At one point, there’s this giant crescendo, which basically gets to an amazing volume and consumes all other sound around you, and that’s with the really, big, heavy tamtam beaters.

TCI: How do you describe your work sonically?

VT: Percussion at Dusk is really immersive, meditative, droning, and resonant. I would say that is fairly typical of some of my work. In general, I often mix in a bit of humour in there, something a bit quirky as well. My music is always site-responsive, so it might engage with the birds for a moment or it might engage with a person walking past.

This piece being for a solo tamtam is unusual for me, because normally I work more with found objects and junk, discarded waste, essentially. The tamtam is actually my prized possession, which I’ve had since I was seventeen years old. This is an instrument I know really, really well. This instrument is something that’s been part of my musical journey for many, many years and has travelled to many parts of the country with me. It’s really beautiful to share something that’s part of my history at this time. It is part of my story and sharing new rituals feels really important at the moment. 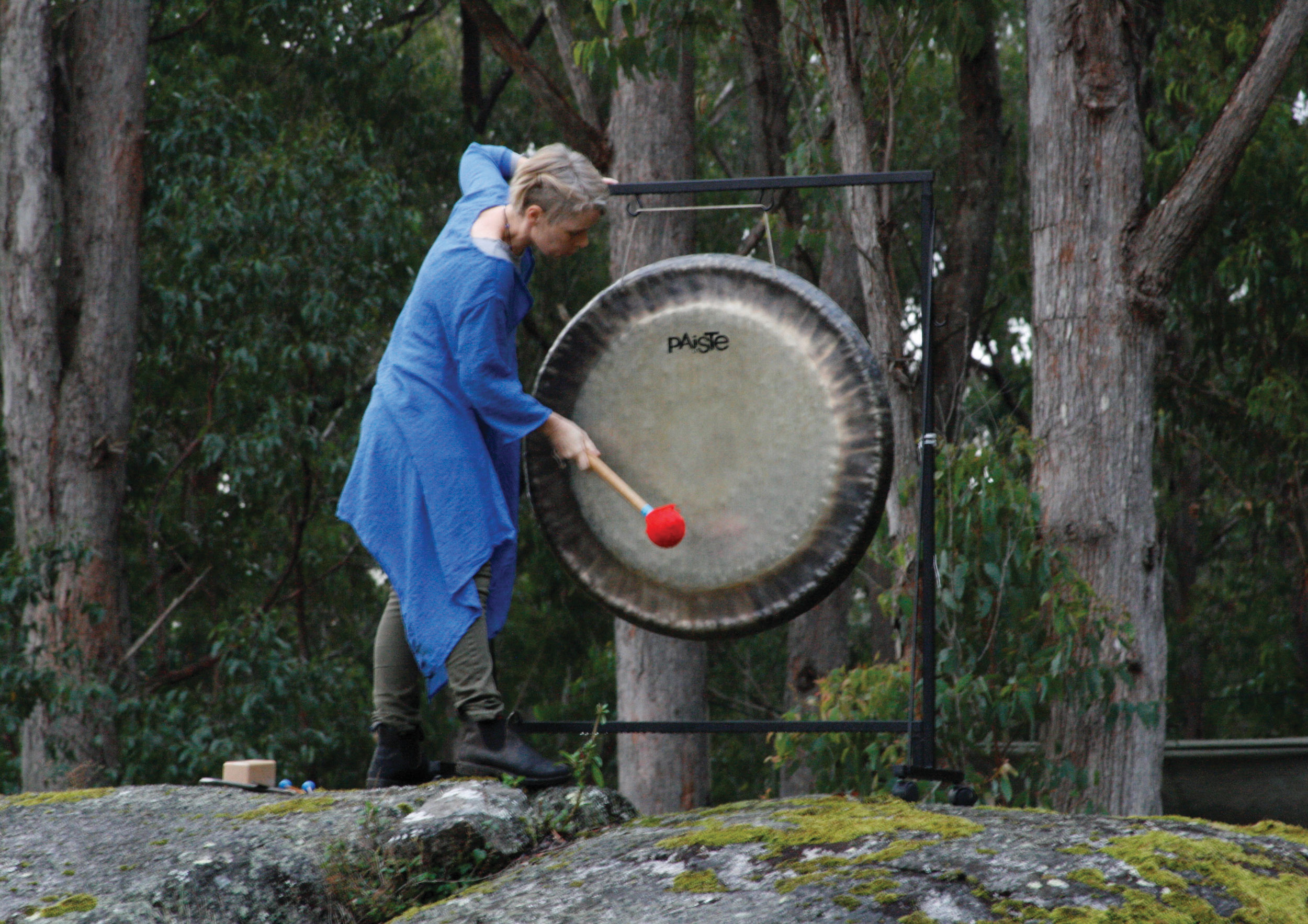 TCI: What is your process like as a composer, and where do you draw your inspiration from?

VT: The number one part of my process is listening. I would go to a site and listen, to see what happens there in a normal day. Another completely separate part of my process is being immersed with the instruments I am going to be using, and improvising. Then, I try to link these two things together; the site, and what I’m interested in sonically investigating. In this piece, it has a pretty classic arc, a lot of exploration at the beginning, building up to this big moment, this big crescendo, and then dying away. I’m always trying to find in my compositional process a way of helping the audience to listen and to get a sense of wonder and awe. That’s really interesting to me, how to get other people to pay attention and to feel connected.

TCI: What else can we look forward to from you in the near future?

VT: At the moment, I’m working on a piece for the Sacred Musical Festival, which is happening down in Sydney, for piano and percussion. I’m working on a project in Adelaide with the Soundstream ensemble. I’m also working on a big, new site-specific project at the Gold Coast.

VT: I think the vibrancy of the pink which is flashing all around the city and the finches that are looking over us, is a really nice reminder of how vibrant and important arts and culture is to any city, and it’s so nice to see Brisbane embracing that.

Have a listen to Vanessa Tomlinson’s Percussion at Dusk concerts in Brisbane Festival. It’s free! 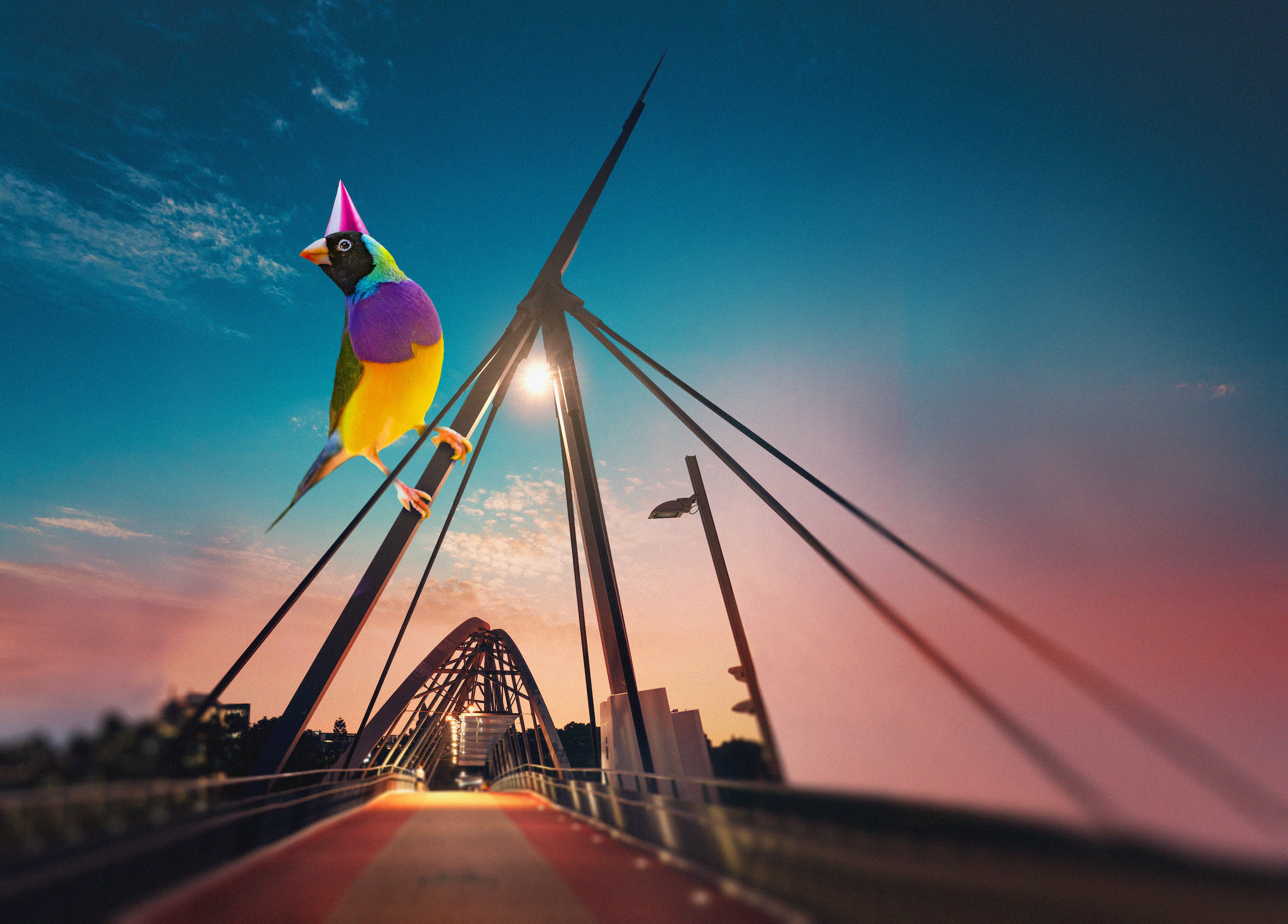 The Details:
What: Percussion at Dusk, Brisbane Festival (Part of Listening Etudes series)
When & Where: 19 Sept — at Eildon Hill Reserve, 5pm. 26 Sept — at South Bank River Quay, 5pm
How much: Free (No seating)
More info: Here.