Brisbane Sinks its Claws into Cats 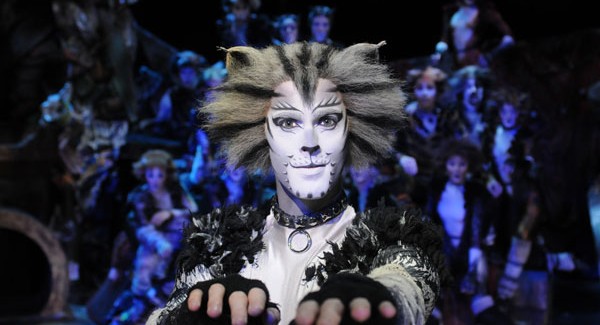 If you’re a Jellicle cat, the time has come to get your Jellicle self to the Lyric theatre. And if not, well â€“ you might just have a good time anyway.

Cats has a habit of splitting crowds down the middle. News of its return to Brisbane was met equally by purrs of contentment and yowls of despair â€“ but despite your personal views on Andrew Lloyd Webberâ€™s plotless feline festival, itâ€™s undeniable that this production flaunts the showâ€™s best side.

The set is sleek and just interactive enough to hold the attention, while David Herseyâ€™s original lighting design remains something to get excited about. Great strings of glowing bulbs bring the audience into the Jellicle junkyard, with strobes, colour gels and flashbangs aplenty; the single (cat-operated) spot that leads into Mr. Mistoffelees is a particularly nice bit of artistry.

This revival version of the show has undergone a bit of tweaking and while it looks good, not enough has been done to fully lift Cats out of the eighties. The orchestra pit still resounds with twangy guitar riffs and the keyboard synth gets quite a workout. Orchestral bombast also tends to overwhelm the ensemble, who donâ€™t always come together cleanly enough to get the lyrics across. 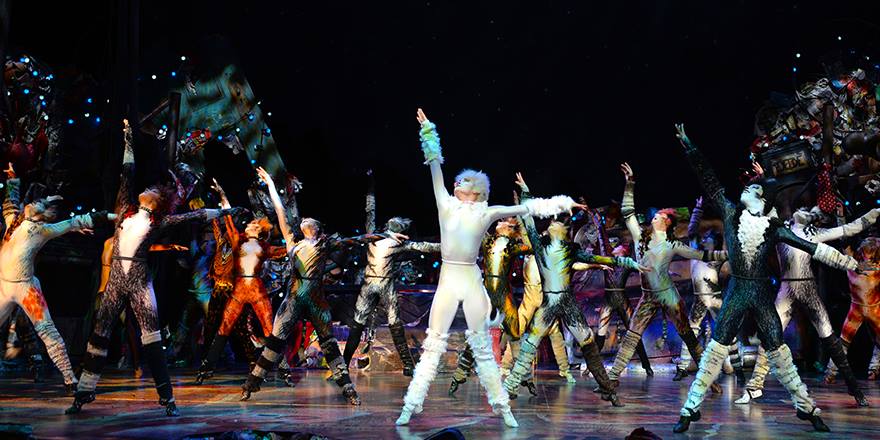 Conversely, dance routines are tight and vibrant, and given plenty of room to speak for themselves (in a language that the orchestra canâ€™t outplay). The cast are true triple threats, running a gamut from ballet to breakdance with ease. There are some very strong performances from a very deep bench: Ross Hannaford bubbles over as Skimbleshanks and Christopher Favaloro executes Mr. Mistoffeleesâ€™ magical number with great pizazz.

Daniel Assetta, recent Rob Guest Endowment recipient, is marvellous as Rum Tum Tugger, inheriting the bulk of the musical updates. The character has morphed from rock star to rapper, now complete with a snapback, ears fashioned from fake dreadlocks and a thoroughly reworked individual song. Deeply questionable costume choices aside, Assetta is commanding and charismatic through The Rum Tum Tugger, though more sustained passages Old Deuteronomy and Mr. Mistoffelees give his exceptional voice a better chance to shine. 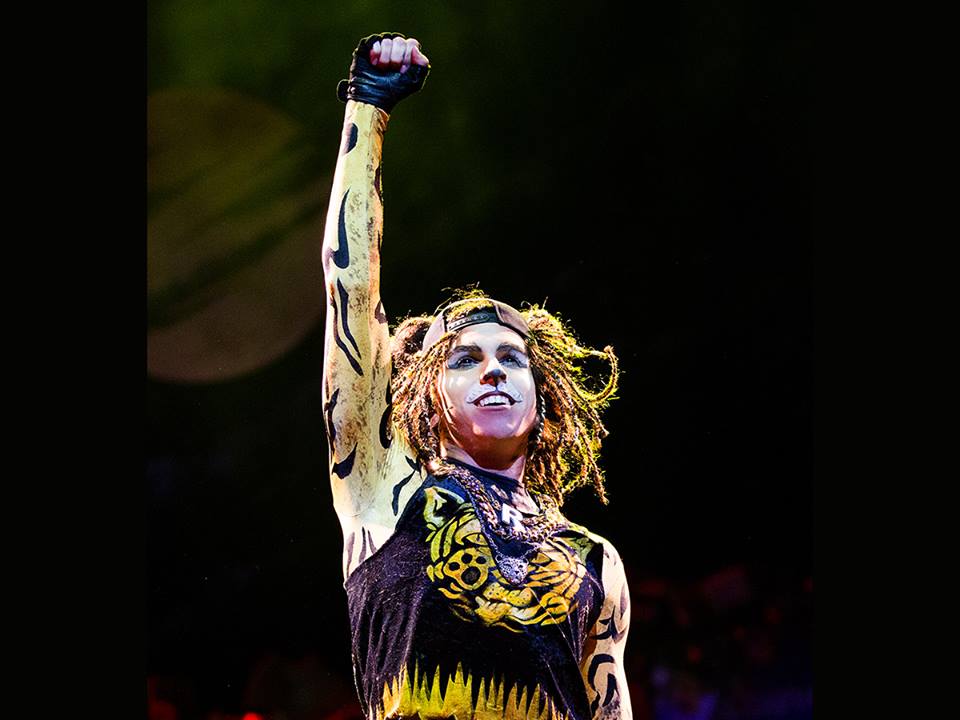 The big name of the cast is, of course, Delta Goodrem, despite her slinking onto stage pretty scarcely. With her microphone inexplicably twice as loud as everyone elseâ€™s, sheâ€™s an easy match for the orchestra as she belts out the showâ€™s melancholy standard, Memory. A certain tendency to stand and emote feels stilted at times, but her voice is incontestable and her Grizabella drips with a powerfully conveyed pain.

At the end of the night, hard-line cynics are unlikely to convert â€“ but the show does grow on you, much like a stray tabby. Its high points, rather than its tap-dancing cockroaches, stick in the mind, and by the end of the second act itâ€™s tremendously hard to resist the call to get on your feet and join in, as cats carouse through the stalls and the guitars give it everything theyâ€™ve got.

For more information or tickets, head to QPACâ€™S website here.

Carl Barron continues his sell-out run at QPAC this June