This will be Georgia’s second official release since her powerful debut ‘Start A War’. The folk-pop ballad reached number thirteen on Triple J’s Unearthed charts and scored air-time on the internationally syndicated radio show Lopsided World Of L.

Now, after a year break, Georgia is back with unapologetic vengeance and a decisive new sound – one that transports you back the days of smudged eyeliner, thin eyebrows, and plenty of pressurised angst.

Inspired by 90’s grunge icons such as The Cranberries and Garbage, along with all forms of contemporary music, Georgia explores the addictive nature of a toxic relationship with her latest single ‘On Top’.

Georgia purposefully harnesses the chaotic, physically-charged energy of toxic relationships and grunge-rock in general, turning her latest single into a timeless rendition of love gone wrong.

The heavy, textured guitar riffs and searing, dark tones highlight the pure power of Georgia’s spell-binding voice as it rises and falls, mimicking the unpredictable highs and lows of lust-driven connection.

‘On Top’ was officially released on August 6, 2021, and recorded at Sound Out Studios in Brisbane alongside owner and producer Casper Hall.

I was lucky enough to chat with Georgia about her journey so far and what she hopes to achieve next in her music career.

The Creative Issue: Tell us about yourself first – where you’re from and what makes you ‘you’?

Georgia James: When I’m not Georgia James I’m Georgia McDermott, a Brisbane girl who works in marketing and loves a drink haha.

TCI: When did you start your journey as a singer-songwriter?

GJ: I have always loved music. From when I was about five years old I was waking up at 6am every Saturday morning to watch Rage. So I think it was inevitable that I would start making music myself. It took me a little while to come out of my shell (I get pretty bad stage fright) but nothing compares to the feeling of playing music, in my opinion.

TCI: Who are your top influences (artists/bands)?

GJ: Such a tough question because I feel like every piece of music I’ve ever listened to has influenced me. I also have different influences for my singing, and the type of music I end up writing. By that I mean, when I really got into singing I was listening to powerhouses like Etta James and Aretha Franklin, and emulating their tone. But at that same time, I was obsessed with playing Red Hot Chili Peppers or Led Zeppelin on guitar. So my influences are so varied, it’s hard to say!

TCI: Tell us about your latest single ‘On Top’.

GJ: ‘On Top’ sort of came out of nowhere one Saturday afternoon. I was sitting on my bed, fiddling around with my guitar and those muted chords you hear throughout the song just came out, along with the chorus. The themes of the song are, I’ll admit, a bit racey, but it’s a song I think everyone can relate to. We have all been in a situation where you’re stuck in a toxic relationship and you just can’t seem to break free of it – you become addicted to the pain. It’s a vicious cycle, so for that reason I think anyone who listens to it will find it quite therapeutic! 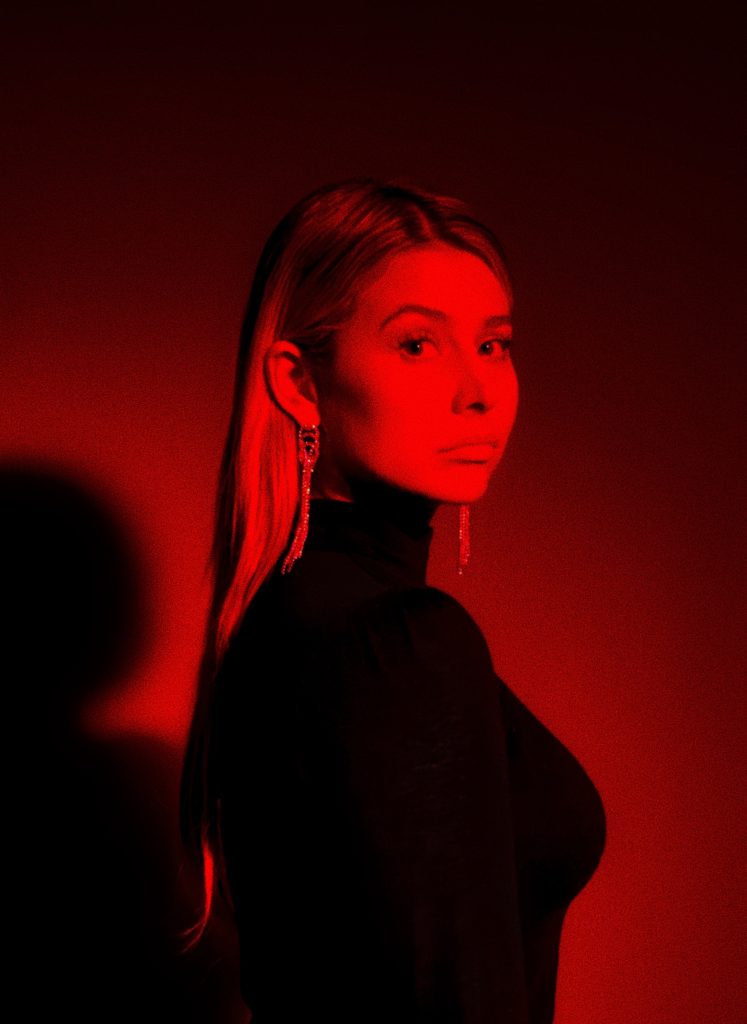 TCI: On the topic of this new single, you seem to be very refreshingly open about sex and relationships with your music – is this how you are in everyday life or is music your safe space to do so?

GJ: Yeah, I think in general I am like that, but I definitely feel music is the way I can express that side of myself in a more open way.

TCI: How do you believe your sound or artistry has grown since your first single ‘Start a War’?

GJ: My sound has definitely developed a lot since I released ‘Start A War’ and I think ‘On Top’ is representative of the direction I want to head in going forward and who I am as an artist. I’ve always been a huge fan of grunge 90’s bands, so it was a natural progression I think.

GJ: It depends really. Like I said, the bones of ‘On Top’ sort of just came out of nowhere. But that’s not always how it happens. Sometimes you can work on a song for months before you’re happy with how it’s sounding and other times it’s just there.

TCI: What do you hope to achieve with music in the near future?

GJ: I’ve got a couple of other songs I’d really like to put out there over the next year or so. I work full-time though so it’s just finding the time. But at the moment I’m really just excited to see how people feel about ‘On Top’!

‘On Top’ is out now on all streaming platforms.