Brisbane has had its fair share of new food businesses and cafe’s open in the last couple of months, all of which are making this an amazing city to live in.

However, on the mind of conscious entrepreneurs is the shifting nature of the industry, predominately being affected by the rising cost of renting a business, the increasingly competitive landscape forcing businesses to find that competitive edge and the never-ending journey to find where our food comes from.

This year in Brisbane we have seen the growth of food cooperatives, communities and foodie centred events, that are changing the way in which the food industry engages with entrepreneurs, makers and artisans.

Largely due to the growth and innovation of food working spaces and prepping spaces, Brisbane’s food culture is innovating in front of our very own eyes.

Our rituals of eating-out are changing by the incrementing popularity of street food, however, a lack of support for food entrepreneurs and many food producers alike has prompted businesses to create engaging coercive communities that are able to provide services to these cooks.

Take for example the Wandering Cooks, whose commercial kitchen space situated in the heart of South Brisbane is the central hub for many starting food businesses in Brisbane. Their spacey head-quarters also doubles up as orchestrated food events and sometimes conscious food consumption symposiums. 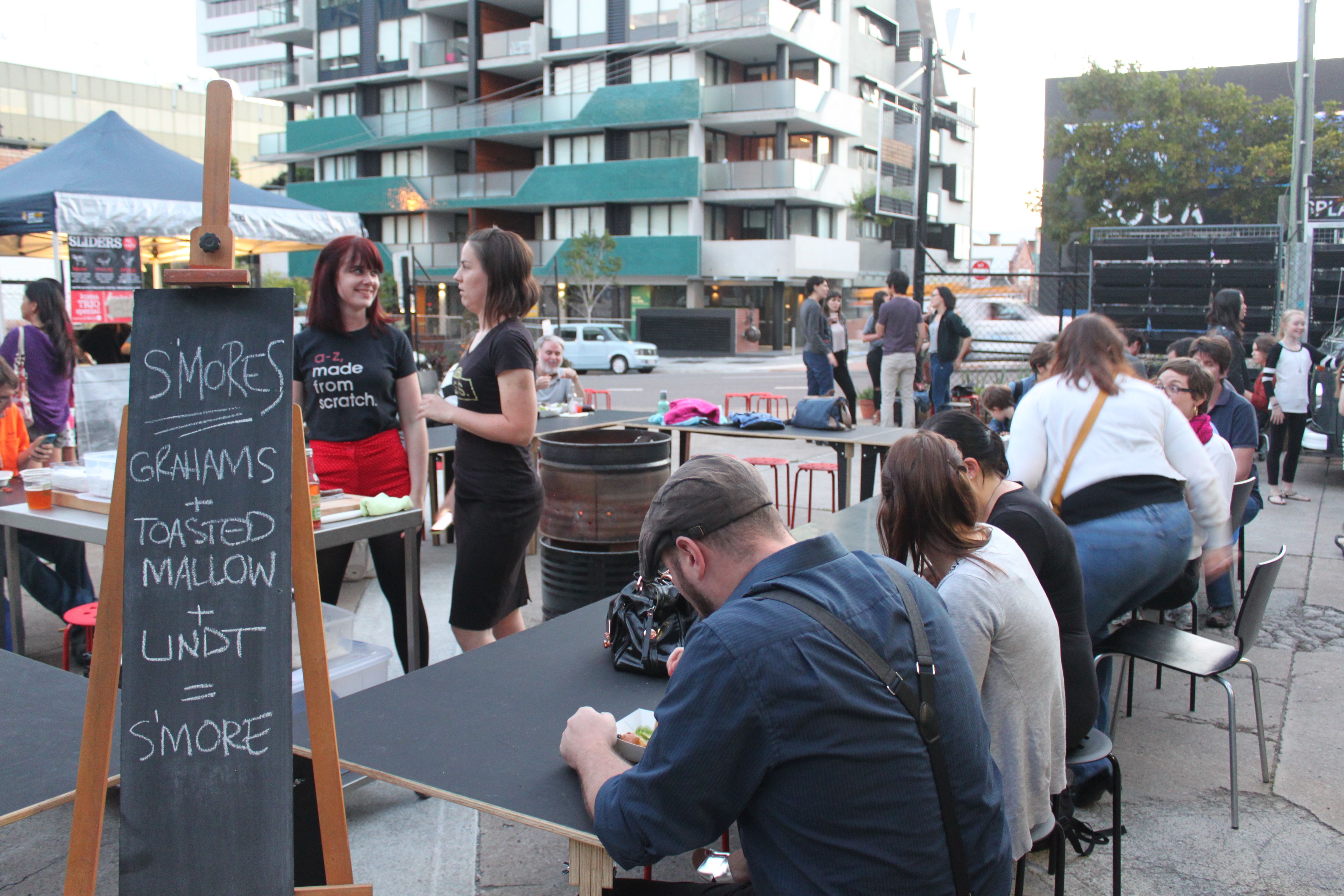 Welcoming the turn of agritourism from the rural into the spaces of shared urban environments, this community minded business with incredible passion to help start-up food companies get their name out there, are now a favourite amongst the locals.

The director of the Wandering Cooks Angela Hirst, tells Creative Drinks that the Wandering Cooks are exactly that, wanderers, and are made up of, pop ups, market stall holders, caterers, food trucks, online product businesses, food deliveries and the like.

“I was one of those wanderers, and I know how hard it can be. I wanted to give them more opportunities and support than I had,” she says.

Events such as Thank Truck It’s Thursday and Small Batch which the Wandering Cooks organise, “support cooks and expose them to more market, so it’s also the public interested in a more diverse food culture that forms a major part of Wandering Cooks,” Angela explained.

But it’s not just the Wandering Cooks who are catching the attention of up-and-coming food entrepreneurs, it’s also the influx of farmers markets that are pushing these local artisans and rural producers to manufacturer, make and create.

Strong food communities at markets are also what makes Brisbane such an innovative and sharing culture of people.

For example the newly opened Northey Street Markets and The Gap Markets only sell local or hand-made goods with a focus on quality to support Brisbane and Queensland food entrepreneurs. 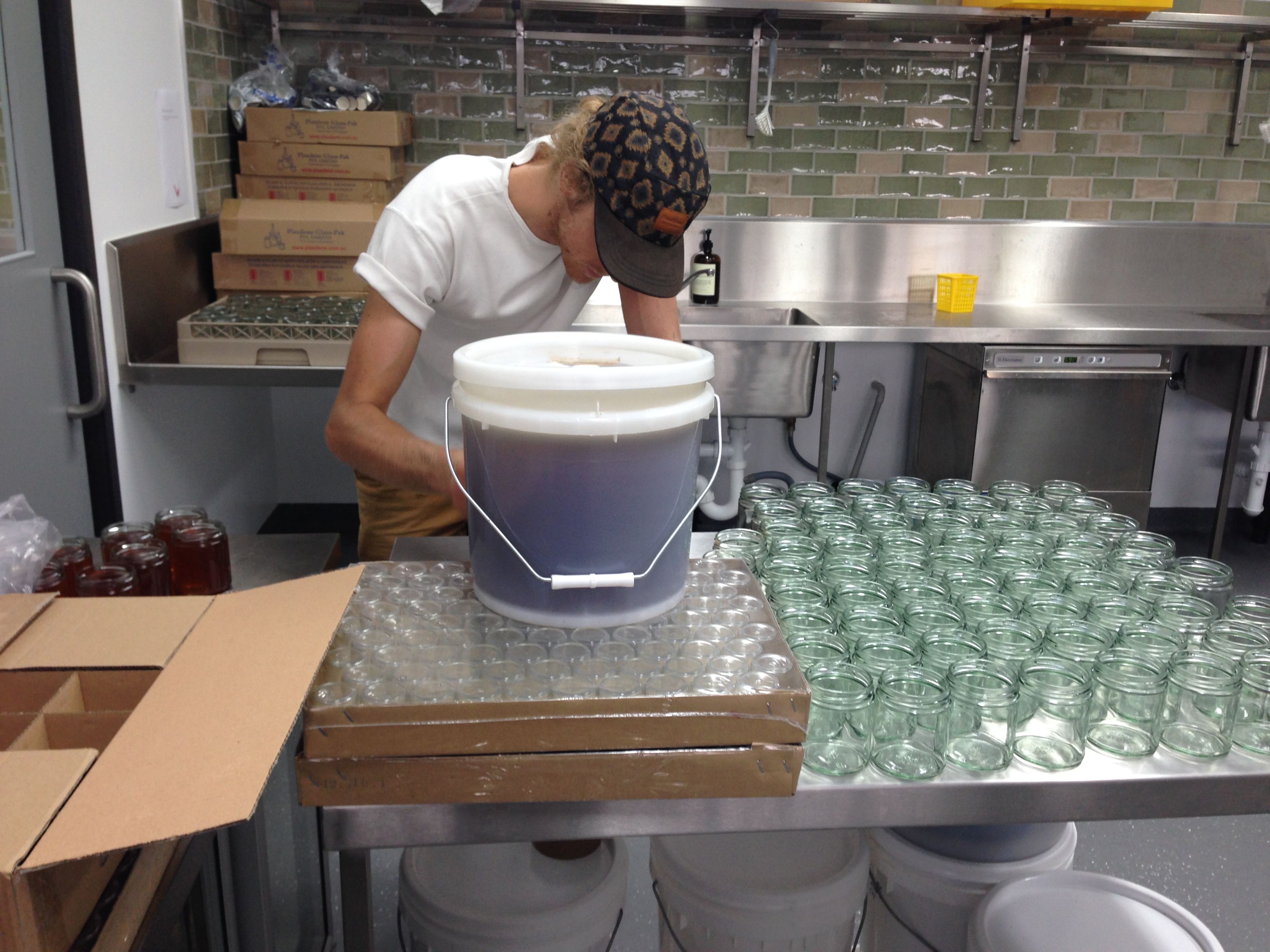 Brisbane’s food landscape is changing every day, more and more ordinary people turned extraordinary cooks and artisans are trying to get a bite of that large cookie.

Food communities are a great opportunity to get a foot at the door especially because it provides one with the ability to network, on top of being able to rent a commercial kitchen or start-out as a small producer in a farmers market.

So here’s to the many passionate chefs or cooks who quit their jobs and started making their own food out of trucks or trailers, some of which wouldn’t haven’t been able to get there without the help of our growing food communities, you are a testament to Brisbane’s food scene.

As Angela put it, Brisbane’s food culture is only getting bigger and better, so hopefully its future will be “diverse and experimental”.

Here is a list ofÂ food communities you can join in Brisbane that will connect you to your food dream:

What To Look Forward To In Melbourne 2015