Chella, A.K.A Chelsea Lee, finally emerges from the shadows and into the bright lights of Brisbane’s music scene, with her alluring debut single, ‘Solace in the Shadows’.

At almost 23 years old, Chella has quietly waited for the right moment to begin her music career, working hard behind the scenes to ensure her debut was authentic to both herself and her future brand.

Chella’s first single ‘Solace in the Shadows’ dropped on April 30, and while the edginess of the track was different to what listeners may have expected, it has since received an overwhelmingly positive response.

The track has effortlessly connected with so many most likely due to Chella’s clean layers of strong, crystalline vocals and admirable lyrical vulnerability. The seamless production value and underlying pulsating electronic beat also creates a captivating atmosphere of intensity and anticipation, perfectly reflecting what most listeners will feel as they eagerly await her next release.

The Creative Issue had the opportunity to sit down with Chella to chat about her inspiration for ‘Solace in the Shadows’ and how she overcame her fears to pursue her music journey.

The Creative Issue: Who is Chella? How does your music represent her (you)?

Chella: Chella personifies my passion for singing and writing music. Through Chella I am finally unveiling a side of me that has always existed, but until recently I had hidden from others. Since the age of three, I have been singing and dancing competitively, but many of my friends had no idea of my desire to release my own music. In a sense, Chella has given me a voice.

TCI: Where did the inspiration come from for your debut single ‘Solace in the Shadows’?

Chella: My own life experiences subconsciously provided the inspiration for ‘Solace in the Shadows’. At the time of writing the song I wasn’t fully aware of the connection between the song’s lyrics and my life choices. ‘Solace in the Shadows’ is about whether or not I should come out of hiding and reveal more of who I am. The lyrics suggest that while I am comfortable sitting back and not taking a risk, I ultimately need to challenge myself in order to be fulfilled, because I know that if I stay in my comfort zone I will not grow, and be forever wondering about what might have been. 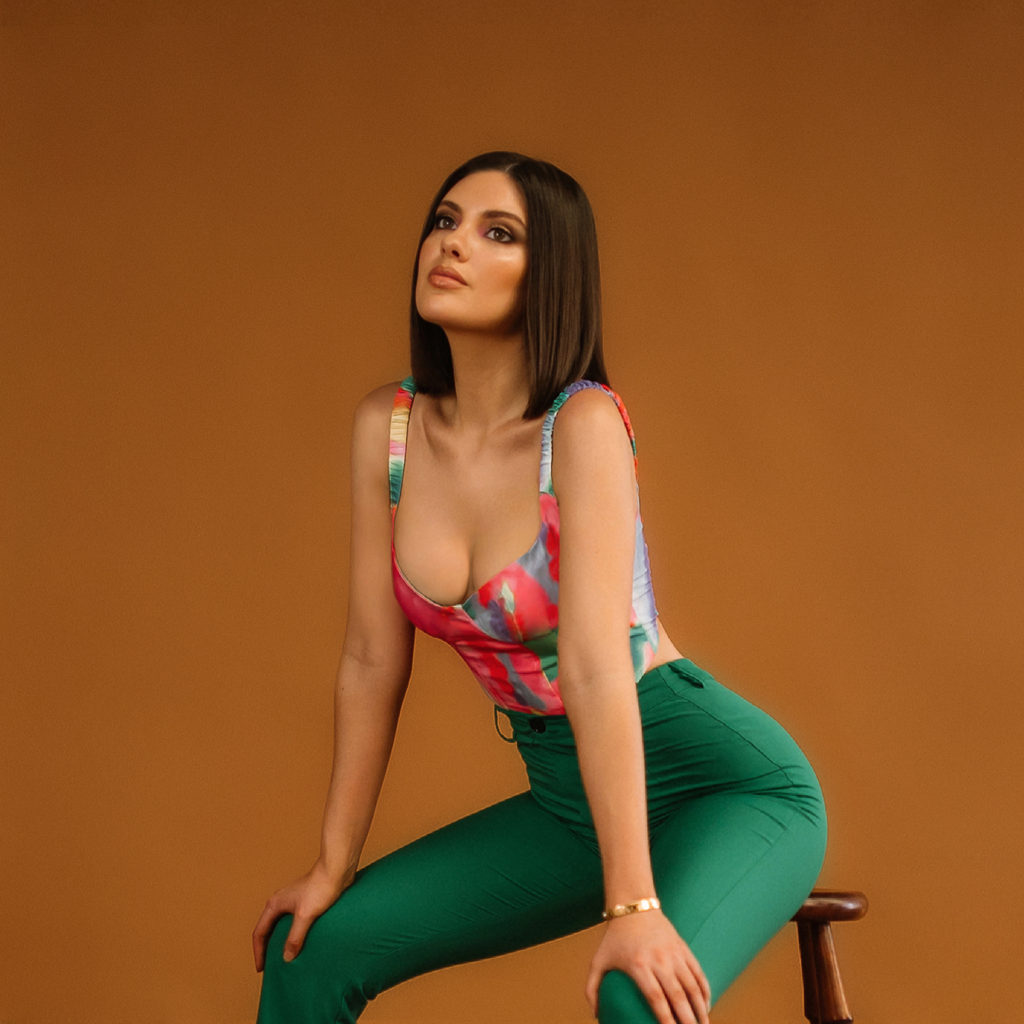 TCI: When did you first start writing music?

Chella: I dabbled in song writing from a young age but started writing music seriously while I was doing my Bachelor of Music. I actually wrote and performed ‘Solace in the Shadows’ live, while I was still at uni as one of my assessment pieces.  At the time, I loosely entertained the idea that this could be my first single. After graduating from uni and taking a small break from music, I revisited ‘Solace in the Shadows’, recorded my vocals, and had my producer Lui Mateer tweak the production. While the song was ready last November, the process of actually releasing music took longer than I expected, so the release date was pushed back, which I feel turned out to be beneficial because it gave me more time to fine-tune other aspects of my release.

TCI: Is there a reason you’ve chosen to enter the music scene at this particular moment in time and not sooner?

Chella: While I have always wanted to release my own music, it was a daunting prospect considering that lots of people who know me had no idea that music is one of my passions. Also, there was a lot I still wanted to learn (and am still learning), about the logistics of releasing music.  Additionally, I needed time to develop a clearer picture of how I wanted to be portrayed as an artist and of the type of music I wanted to release. I am a bit of a perfectionist so I struggled to get everything to a point that I was happy with. While there have been some hurdles along the way, I feel the timing of my first single reflects my willingness to finally reveal this other side of me.

TCI: What can we expect from Chella in the near future?

Chella: I definitely have more music on the way – I don’t think there would have been any point releasing this song without trying to keep up the momentum. While I ultimately would like to be performing live, that is more of a long-term goal, as I want to have more music out there before going down that path. Ultimately, I would love to include full music videos with future song releases because they would provide an opportunity to fuse my love of dance with my love of singing, and would bring to life my vision of what I see when I am writing a song. While I am writing music, I think about what dance moves would complement the piece so I am definitely keen for my music to have more visual aspects.

TCI: Anything else you want to add that you haven’t already mentioned?

Chella: I feel very grateful, blessed, and even overwhelmed (in a good way), to have received the support and immense amount of positive feedback about my release. I was uncertain at first how ‘Solace in the Shadows’ would be received because it is a bit different to what people were expecting. Whilst I thought that the song was suitable for my debut, it’s not a typical pop song – it’s a bit darker and edgier, so I was nervous about the response.

‘Solace in the Shadows’ is available now on all streaming platforms.

Come and Enjoy The Festival of Outback Opera