Choc tops are the best reason to see a film.

There Iâ€™ve said it.

I know Iâ€™m supposed to say I love the intrigue of a new film, the excitement of an engaging story and interesting characters, the beautiful mise-en-scene, blah blah blah but usually, Iâ€™m in it for the candy bar.

1. Because if the movie sucks, you still had that sweet treat to perk you up. The sugar high should make sure you donâ€™t feel too cheated after giving up 2 hours of your life to watch something awful like, The Dictator.

2. I like the idea that there is a dark room you can go to where no one will judge you for stuffing your face with ice cream and chocolate for no other reason than because youâ€™re sitting down for a couple of hours.

So without further adieu, here are the top 5 choc tops in Brisbane:

You would think the words â€œdouble scoopâ€ and â€œmint chocâ€ would mean you are in for one hell of a choc top. Unfortunately, these were a big let down. The ice cream looked like mint choc but tasted like a mintier vanilla. Plus the double scoop was more like 1 Â½ scoops and by the time you push the ice cream into the cone (an important choc top eating skill), it was more like one scoop. Not even the cheap price redeemed them.

This simple cone will do the trick but itâ€™s not the best. The cones are often stale, they are more ice than cream and thereâ€™s no guarantee they will be in one piece. But they are incredibly cheap and have the ability to transport you to your childhood. 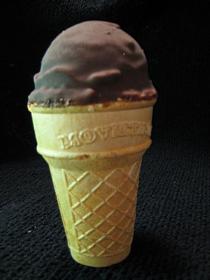 For a little bit extra you can splurge at Southbank to get the best flavour combination known to man. Unlike Event cinemas, the mint tastes like mint and there are generally an abundance of chocolate chips floating around, even if they are just compound chocolate.

Handmade, filled with connoisseur ice cream and wrapped in a waffle cone, these choc tops are as luxurious as the plush velour seats in every Palace cinema. You are paying for quality here folks, and it shows. Every flavour (except the vanilla – itâ€™s too creamy for me. First world problems, anyone?) are incredibly delicious and the the waffle cones are always crunchy. 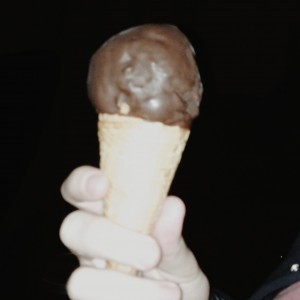 Wowwee. If youâ€™re lucky enough to live in or around Hamilton, you better be taking advantage of the Dendy candy bar. For the rest of us plebs, you need to make a movie date at Portside. Or just drive there in the middle of the day for a lunchtime snack. Thatâ€™s definitely not what I did. Okay, so thatâ€™s exactly what I did, but I have absolutely no regrets. Made on site with Movenpick ice cream, the flavours were just that much better than Palace. The price was cheaper and in a blasphemous and daring move, the ice creams were covered in white chocolate! I was sceptical too, but it was the delicious edge that pushed the choc tops ahead of anything else available in Brisbane. 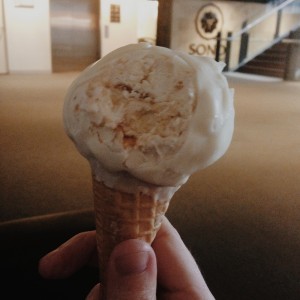