Brissie burlesque steps up for Jimmie

Brisbane’s burlesque (and, uh, miscellaneous) community has gotten behind a good cause.

James Lander dove into the wrong end of a pool during a buck’s night in the United States. The impact paralysed him, crushing two vertebrae. 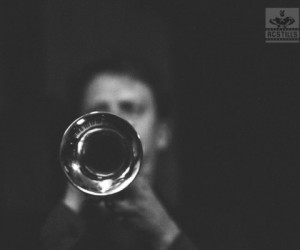 After financial complications, Lander was left stranded in an American hospital far from his Sydney home, his debts mounting daily.

Friends in Sydney and Brisbane came together to help the only way they could â€“ raising funds for his extensive medical and rehabilitation costs.

Local bands Skypilot and Cheap Fakes, as well as burlesque dancer Red Devotchkin, recently performed a benefit at The Hideaway, raising approximately $2,500 for the cause.

Arana Hills Therapy raised $4,000 in a single day at the end of September.

It’s a long way from covering Lander’s expenses, though.

â€œThey’ve managed to fly him back to Australia now,â€ said Daria Wain, a close friend and burlesque dancer spearheading the response in Brisbane.

â€œHe’s in the Princess Alexandra with massive bills from the hospital in America, and his flight home would have cost more than $50,000.â€ 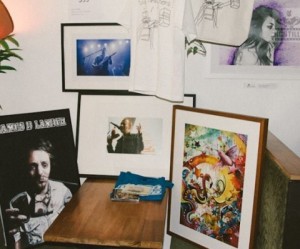 Wain (aka Rosie Peaches) has donated all proceeds from her monthly events at The Hideaway. She also got in contact with Miss B B le Buff’s School of Performance, arranging for a charity raffle at Saturday’s graduation show â€“ CaBBaret.

It’s billed as a burlesque, circus and dance extravaganza, with some extremely specific performances such as group skipping, Isis wings and drag king burlesque (women dressing â€“ and then undressing â€“ as men).

Tickets to the raffle are available at the event, with all profits contributing to Lander’s bills. Prizes include tickets to Rosie Peaches, a self-portrait shoot, and something called a hula shirt.

Every dollar helps, but it’s the show of community support that can mean more.

â€œHe’s getting a little bit of movement in his fingers,â€ said Daria Wain.

â€œI think he’s got feeling in one leg, but not the other.â€

Steel Panther: Down Under Tour