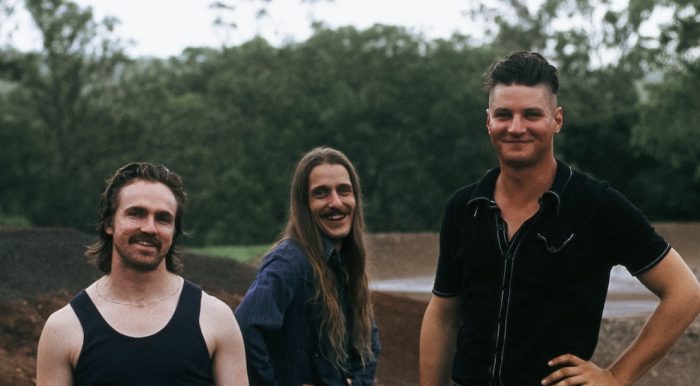 We can’t get enough of Bugs.

After their a Triple J Hottest 200 appearance and their much-loved Like A Version debut kicking off 2020 for the Brissy trio, they’ve made a comeback today with their first single of 2020 – ‘Can’t Get Enough’. The single drops ahead of Bugs’ national run in support of fellow Brisbane rockers WAAX, and hints at the possibility of a third studio album.

‘Cant Get Enough’ is a dynamic and high-powered track, making certain that you won’t want to stop hitting that replay button. Frontman Connor Brooker explains the meaning behind the track evolved during the writing process:

“When I first started writing the song, it was specifically about attention in an intimate context – aka SEX – but as it evolved I felt like it better suited a broader representation of greed in modern society. So it’s about the cycle of how our entitlement feeds our addiction, leading us in the pursuit of an unattainable goal or horizon.

“If you’re searching for something better, that implies you don’t appreciate the things that you have. Maybe the grass looks greener on the other side because you haven’t watered your yard..? I guess I just wished people were more mindful of their vices, and how they affect their choices, myself included.”

‘Can’t Get Enough’ sees the band’s own Brock Weston again take the production reins, recording and mixing the track, while Tyson Ruth and Studio Truth mastered the release.

Listen to their new track now!

Céramiques and Sanity in Self Isolation

A Day in the Life: Marli Smales