Cameron PatrickÂ has contributed to the scores of and impressive list of films includingÂ Spiderman: Homecoming, Star Trek Into the Galaxy andÂ Inside Out.Â So,Â it’s no wonder that we’re excited to welcome him back to his hometown of Brisbane for Queensland Music Festival.

When he lived in Brisbane, Cameron attended the University of Queensland Â and graduated with a Bachelor of Music in Violin Performance. He later tookÂ his talents overseas to Los Angeles, where he now lives, teaches, performs and composes.

Cameron is bringing his wealth of knowledge to the Queensland Conservatorium this Friday with his lecture,Â Find Your Voice.Â The audience will be treated to Cameron’s knowledge about working as part of the team behind theÂ scores toÂ some of your favourite blockbuster films.Â It will include discussions about the art of pleasing composers, musicians, directors, and even tests audiences. It’s the place to be for anyone interested in the film score business. 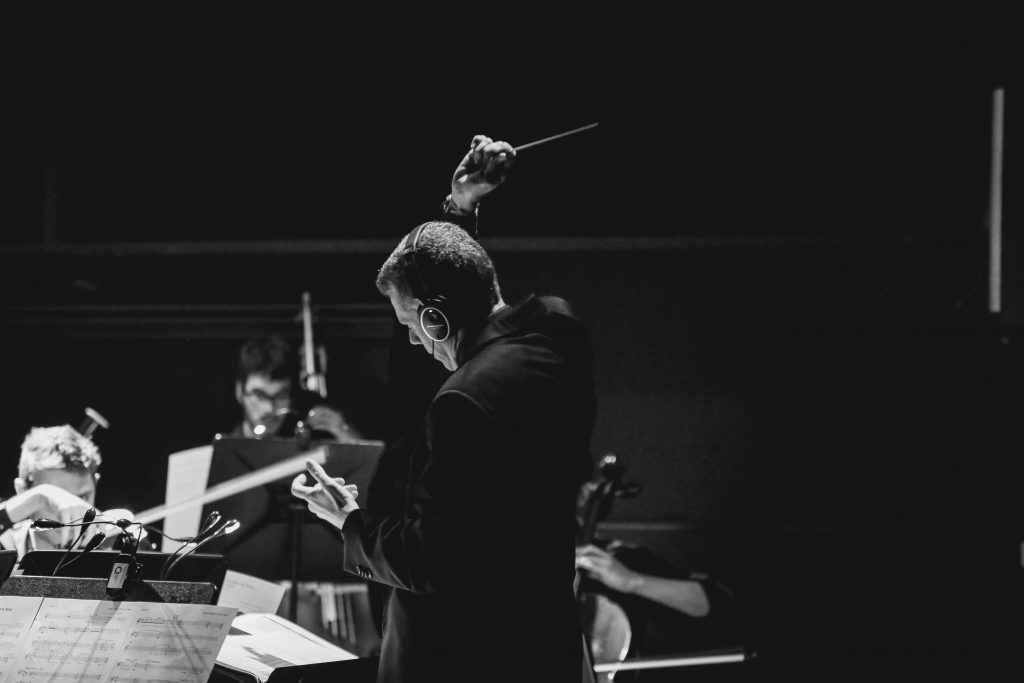 Cameron joined us to discuss his experiences as a Hollywood conductor and performer that will be inspiring his lecture on Friday.

“I’m part of a bigger music team on these pictures. I’m part of the support staff for the chief composer…Â Michael Giachinno. A lot of the responsibility for everything falls onto his shoulders. We’re there to help, as orchestrators, bring his electronic demonstration scores of the music into real life. We put them onto score paper so the live players can record them in the recording studio. Then the music goes out and [is added] onto the film.” He told us.

“It’s usually a lot of music, in terms of minutes. It’s always a big job, it’s always a challenge.” I really enjoyed working on Star Trek Into Darkness, that was a Â good one, for me. I really did enjoy that one. It was interesting to see Michael’s approach to the new Spiderman, which we just finished…”

In addition to the Find Your VoiceÂ lecture, Cameron has joined a panel of judges, including Katie Noonan, for QMF‘sÂ Score IT!Â Competition.Â Â Secondary students from across the state have submitted their scores. Their piecesÂ are designed to accompany visuals created by film students from Griffith University.

TheÂ competition provides young composers with invaluableÂ opportunities. Finalists will be given the opportunity to take part in workshops and masterclasses with some of Griffith University’s top music educators, as well as a workshop withÂ Pixelframe.Â The best composition will also be performed by students from the Queensland Conservatorium.

Cameron told us about his experience leading the all-star team of film and music professionals who are judgingÂ entrances.

“I’m quite humbled and honoured every time I’ve been involved. Because it’s a bunch of lovely people. It’s also so humbling to see the amazing work the students submit. The range of talent is breathtaking, it never ceases to amaze me.” He said. 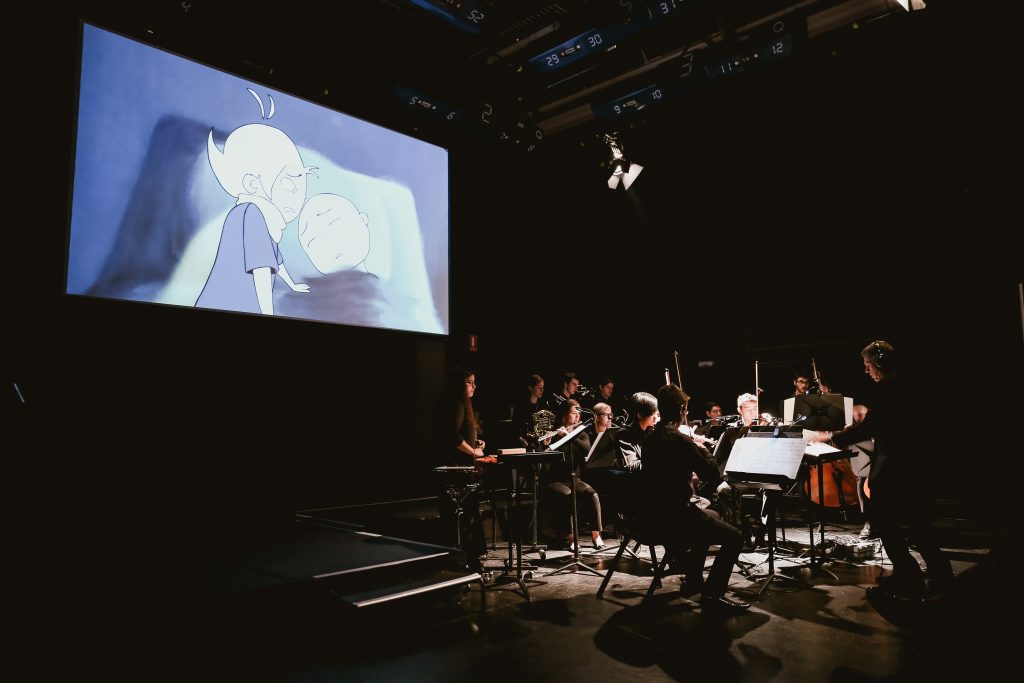 Once Cameron wraps up his work atÂ the Queensland Music Festival, he’ll be heading back home to Los Angeles. There, he will continueÂ his work performing violin and viola, as well as composing, and teaching.

“I am involved as a teacher these days, in the film scoring program at UCLA’s Extension Vocational Enhancement Studies Team. I will go back to teaching orchestration there, which I really enjoy. There’ll be some projects coming up.”

“The interesting part of the film process is that everything sort of happens at the last minute.Â Music’s the last part of the process. It’s the last thing to be added to the film usually. There’s always a deadly last-minute push to get the recording session, to get all the music written, orchestrated, copied by the copyists and onto the players’ music stands.”

“So, you can never can quite tell. Sometimes you’ll have a vague idea that such and such a movie is coming out in a couple of weeks or a month or two. Then, it can all change in the blink of an eye. There could be more work or there could be less work.

“Working on a couple of concert commissions too, I’ll chip away at those when we get, and reconnecting with our wonderfulÂ kitty-cats. It’s hard to be away from the cats for a couple of weeks. They’re our kids, it’ll be nice to be back heÂ said.

If you’d like to attend Cameron Patrick’s lecture, the full details are down below. It’s a great opportunity to learn from one of the industry’s best. There’s plenty more events that you can catch during thisÂ year’s Queensland Music Festival. You can check out the full program here.

Fresh Blood gets ready to hit the stage