Fashion throughout anyone’s university career can take unexpected twists and turns. These twists and turns predominantly move towards bed wear towards the end of your third year. Dependent on different courses of study and general interests, university fashion can come in many shapes or forms.

The first year you may see a lot of makeup, flashy name brands, and a little more effort. This is a time when new students will set what they expect to be the rest of their time at university. Uni can be a big leap for some from school to adulthood and so a change in clothing can represent this shift in attitude.

Some take a more relaxed approach, with their attire representing their new carefree lease on life. Streetwear is a big part of campus fashion, with many donning attire such as Thrasher, Supreme, Vans, and Stussy. Street style offers a tribe like mentality within a university campus and presents an opportunity to branch out and take fashion risks. 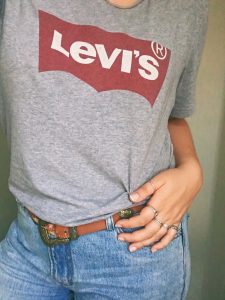 Originally, street style was popular for its authenticity and being an ‘outlaw’ type of fashion gave it a strong appeal. During the 1950’s and 60’s, the style became more prominent and had a strong communal sense. The shared identity eventually became more commercial moving into the 21st century. Most styles that come under the street category are sold in almost all large retailers and are worn by fewer niche communities.

However, within a university campus fashion creates an identity among students from different areas of study. Much of the street style is now mixed with other styles to suit a person’s persona. You may see music and art students with their Doc Martins and rolled up jeans, whereas your design students may have their brand t-shirts and colourful accompanying pieces.

Street style, although having a long and changing history, has a long way to go and continues to create a strong community within the campus’. With the progression of fashion, styles will only alter and change to become more prominent and identifiable within a tribe.

Fish Lane Festival is back for 2018