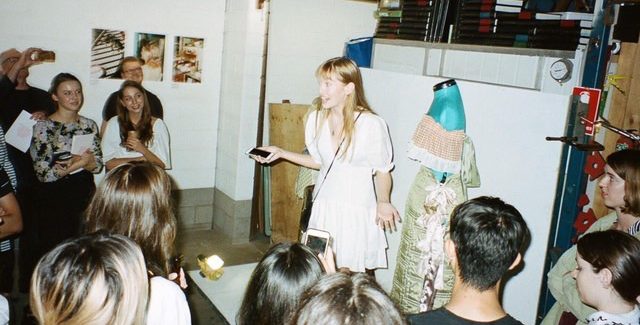 Founding editor and creative director of Gum Magazine Cassie Dimitroff, is making an archive of the Brisbane art renaissance.

I first met Cassie years ago through mutual friends. We would occasionally cross paths at parties and trips to the Valley. I presumed she was a student, presumed she was creative (based on our social circle), and always had good conversation (even if only in passing) with her. Last year, I was invited to the launch of a new Brisbane based magazine called Gum. The launch was set up in a garage turned gallery venue. Some of my friends who helped make the magazine were working as staff. The venue was packed with young creatives. 200 copies of Gum were made, and by the end of the night they were gone. The event left a mark on the young Brisbane creative community, and one year later Cassie is poised to do it again with the second issue of Gum Magazine launching sometimes this year.

What was the reason for starting Gum?
Cassie Dimitroff: I always wanted to work in a magazine. Ever since I can remember I wanted to be a journalist. In High School I was a newspaper reporter and did some work for the Golden Coast Bulletin. When I graduated high school, I studied journalism at QUT (with a minor in graphic design) where I also worked at Frock Paper Scissors (a QUT fashion magazine). When I graduated, and started looking for work and most of what I could find was digital based blogs, but personally the work felt intangible. There is something different about holding a real physical copy of your work, it makes you feel like you are a real writer.

The leap from wanting to write for a magazine and making one from scratch is big especially for a young creative. It takes confidence and knowing there is an audience for what you are making. For Cassie, Gum’s appeal was never in doubt.

What is the gap you saw when you made Gum Magazine?
Cassie: The magazines that were out there were specialized, fashion magazines, poetry magazines, or fiction magazines. I just saw a lot of crossover between these disciplines. If we are doing a photo shoot and media for a band why not dress them in clothes from a local (fashion) designer, instead of them just wearing their own clothes. Why not expand the very notion of what we call “creative”, beekeepers and bakers utilize creativity. Why not give them a platform? I like to think that people have seen us as documenting the Brisbane art scene, (an almanac of sorts) so that when we are older and have kids we can look back and be like yes this is what the scene was like. 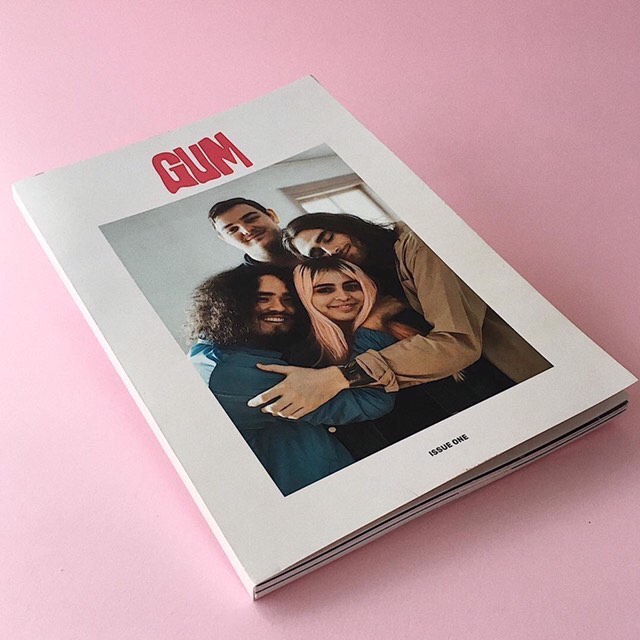 This is the through line that kept coming up in our interview. Cassie, young and talented with a team of creatives and a most likely amazing career ahead of her, is motivated by the art and the process more than anything else. Dedicating hours and hours of time to the design and feel of the magazine, especially with this upcoming issue. Spending her own money on prints, and photo shoots, dealing with artists, managements and time tables all while holding a full time job. Her efforts shine through in the final product.

The first issue was incredibly impressive and very beautiful for a debut publication
Cassie: Since we [her and her team] knew we wanted to make an annual magazine, it gives us a lot of time to perfect the art and writing within it. With sustainability being a big issue these days, we wanted to make something people would keep for a long time. We didn’t want something that you would read once and then throw away. So we focused on content that would feel timeless, that you could pick up a year from now and it still feels relevant.

Cassie hopes to make the Brisbane art scene more accessible in a way it wasn’t when she first got to Brisbane seven years ago. She laments that it’s hard to know if the art scene has expanded or if she has just become entrenched inside it.  For Cassie Gum is a way to break niche, and make Brisbane art and art media a lot more appealing to public.

So far, her gamble on Gum has paid off (as much as a small independent physical magazine publication can pay off). Her emails are flooded with people wanting to intern and work with Gum, many of which she has to decline. The upcoming release of the second issue, has a number of corporate sponsors, and many more onlooking waiting to see what the young publication can do. Cassie is far too focused on this issue to speculate on expansion, but she and her team have many ideas.