Catch Up With Concrete Surfers

Jovi from Concrete Surfers joined us for a catch up following the release of their new track ‘Never Understood’.

The Brisbane faves served us up another perfect slice of garage surf with their latest release. The band were out on tour when the COVID-19 pandemic took over and they had to abandon their plans…but don’t let it get you down. They’re about to release the music video for ‘Never Understood’ and they’ve promised new tunes and new tour dates as soon as it’s possible.

The Creative Issue: Congratulations on the release of ‘Never Understood’! Can you tell us a little bit about the song?

Jovi: Thanks! It feels really nice to have it out we are really proud of this one. ‘Never Understood’ is basically about trying to help a friend get on a positive trajectory in life and coming to the realisation that there is only so much you can do in order to help a person unfortunately. Not to be confused with giving up on somebody but more so just the frustration of not being able to do anything to help really.

TCI: You worked with Fletcher Matthews for this track what was that like?

J: Fletcher is a dream to work with! He really understood what we were trying to convey in the song and cemented the musical direction we have been heading into with our previous release ‘Shattered Thoughts’. He always is happy to suggest ideas which we love because at the end of the day we just want to make the song the best it can be, which is really nice because he seemed to share that same vision too.

TCI: We love the artwork for ‘Never Understood’, how did you come to work with Seamus Platt?

J: Thank you! Seamus has been a mutual friend of ours for a little while and we’ve been following what they have been doing for other artists around Brisbane. We really liked their editing style and they understood exactly what we wanted the artwork to be like, it was a very fast turn around and they were such a breeze to work with.

TCI: Being based in Brisbane who are a couple of your favourite Brisbane artists/bands at the moment?

J: We have really been digging Dopamine, such a tight unit live and all really nice people! First Beige are also incredible really been smashing them lately too. Bugs are also really great and doing big things across Australia killing it! 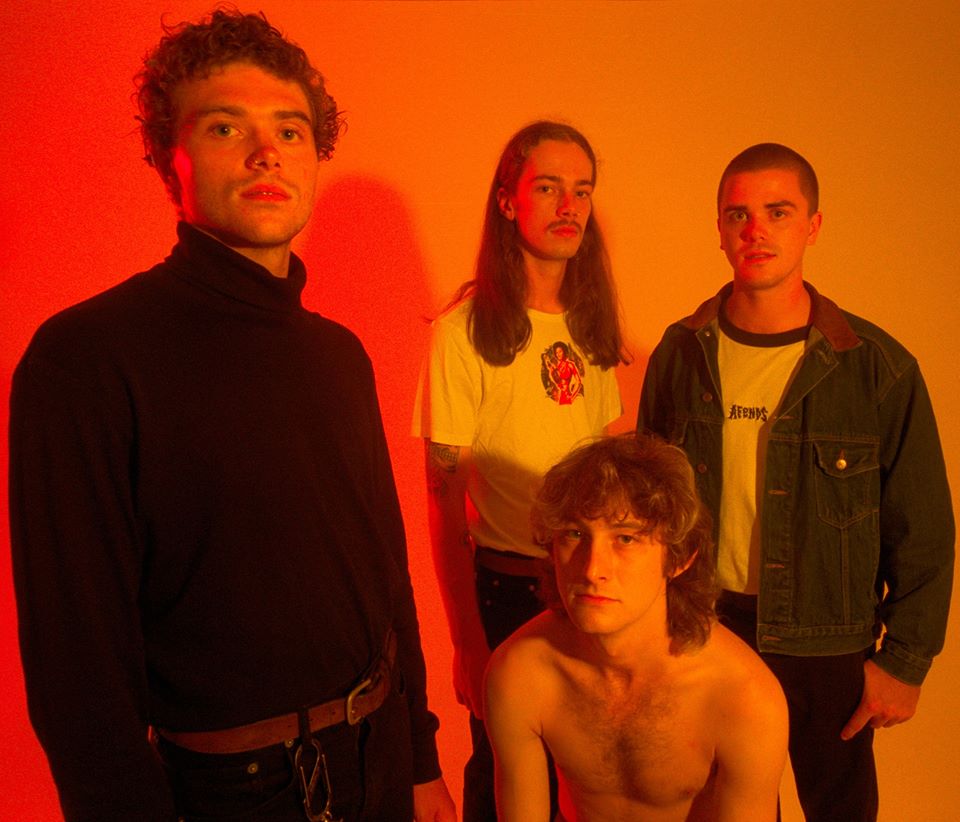 J: I think overall, we prefer to play festival shows! It’s fun playing in an open environment and we actually really like to play in the afternoon too, the natural light is nice and it’s nice getting a clearer view of the crowd (hopefully) having a good time haha.

TCI: What festival would you most like to play?

J: Probably Splendour [In The Grass] or Snow Tunes would be really cool! Would be neat to play in the snow and just be in a different environment.

TCI: Which venue would you most like to headline at?

J: Still a long way off but if we get there the new Fortitude Music Hall in Brisbane is incredible and we would love to play there one day even if we don’t headline it.

TCI: What song can’t you stop listening to right now?

J: I’ve been loving ‘Blood to Bruise’ by RAT!Hammock lately and the new Violent Soho record Everything is A-OK in it’s entirety.

TCI: Last year was an exciting year for Concrete Surfers what can we expect from you in 2020?

J: The COVID pandemic has put a bit of a spanner in the works but we have been writing heaps of new material and we were supposed to go into the studio to record it, but we have had to reschedule unfortunately. Definitely new music as soon as it’s possible though and the same with shows too!

TCI: Since your called Concrete Surfers…if you were a character on Tony Hawk Underground what would your signature skate trick be?

J: My personal favourite trick on underground was the ability to grind on powerlines I thought that was so cool as a kid playing that game. Or just doing ridiculous trick combinations in the air was also really fun from memory. Time to dust off the old PS2 and start it up again in isolation.

Writing to Cope: How Teaching Is Keeping Me Sane