To most people, NYFW is a whirl of front row seats, glamourous parties, and a whole lotta freebies, courtesy of a plethora of goodie bags.

To me, NYFW is a whirl of different coloured pyjamas, a high-speed wifi connection to stream shows live off Style.com, and a whole lotta English Breakfast Tea.

Here is a selection of our favourite shows here at Creative Drinks, viewed directly from under my doona. 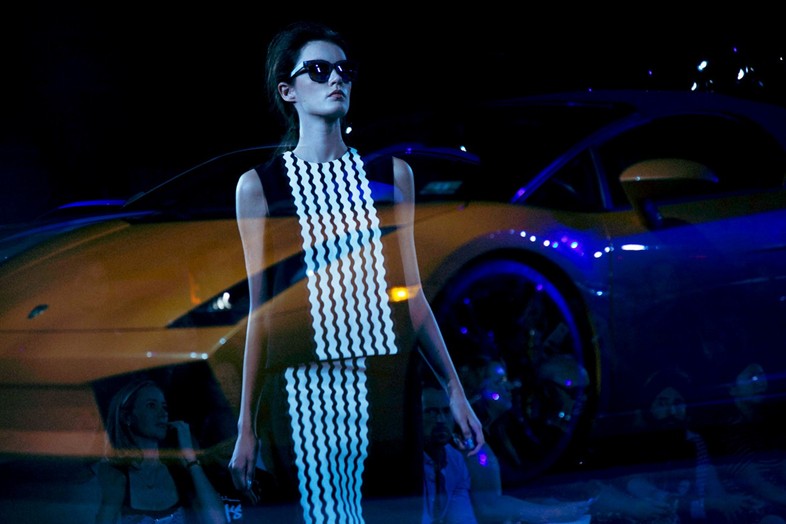 September 8th, 2013 marked Opening Ceremonyâ€™s debut show at NYFW.Â  Models, including Brisbaneâ€™s own Nicole Pollard, were seen stepping out of luxury cars like Lamborghinis and Porsches, in straps, belts, buckles and clasps that looked like they had been ripped straight out of the cars they had just stepped out of.Â  Sticking to the Opening Ceremony gospel, the show was chockablock full of unique colours and designs, including zigzag patterns that were reminiscent of tyre tread, and a chess board like pattern that reflects upon the classic racing flag design.Â  With designers Humberto Leon and Carol Lim calling their debut runway show â€œa love letter to New York, where our company was born, a tribute to Carolâ€™s Korean background and to the street racing culture from our suburban Los Angeles adolescenceâ€, the show turned out to be one of the most talked about shows of NYFW.Â  Rihanna also debuted her new mullet hairstyle front row and centre, so whatâ€™s not to love? 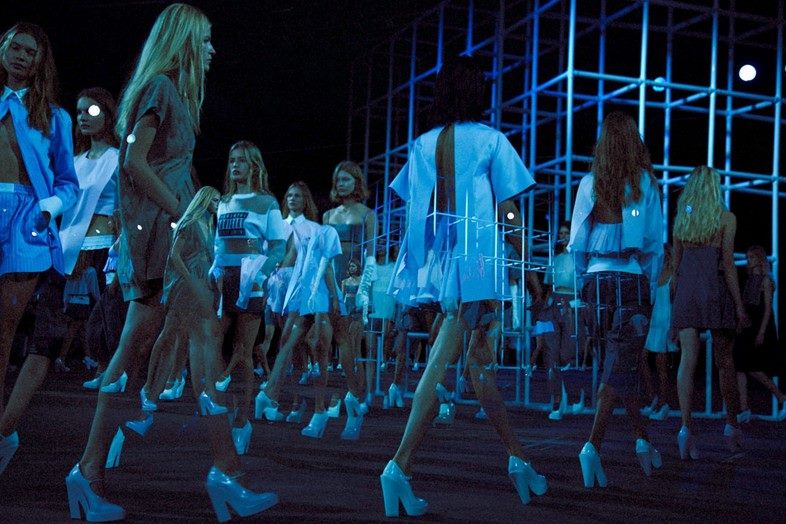 Alexander Wang is the king of cool.Â  He is the inventor of casual, and the pioneer of sporty chic.Â  Alexander Wang also did something this NYFW that many designers have been trying to branch away from for the past few seasons of fashion weeks.Â  He went back to basics with branding.Â  He plastered his name all over his collection, giving it a modern twist, making something that has been done time and time before, feel groundbreaking.Â  His name was laser cut into many of the garments from his SS14 collection, including boxy leather tees, dresses, and even gloves.Â  Fashionistas should start moving their much-loved Kenzo jumpers to the back of their wardrobes because there is a new kid on the block.Â  Wangâ€™s sheer paneled â€˜Parental Advisoryâ€™ sweater that Georgia May Jagger strutted down the runway wearing will undoubtedly be the cult jumper of the season. 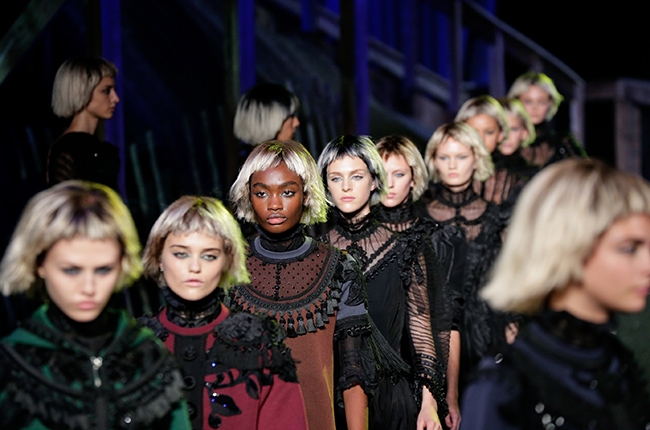 The Marc by Marc Jacobs show is potentially one of, if not the, most talked about shows of NYFW.Â  With its post apocalyptic beach set that has been interpreted as reflecting upon Hurricane Sandyâ€™s devastating impact on the East Coast, and the androgynous models, the finale for NYFW didnâ€™t disappoint.Â  Black sand (that was allegedly shipped in directly from the ravaged coastlines) was strewn across the runway, ornamented with broken beer bottles and cigarette butts.Â  Festooned in bushy blonde bobs, big time models such as Freja Beha and Cara Delevigne strutted past a shipwrecked mast and a decrepit bus in threads that would be fit for Morticia Addams.Â  A mixture of dark tones and conflicting textiles, Jacobs show was barely a fashion show, and more a work of art. 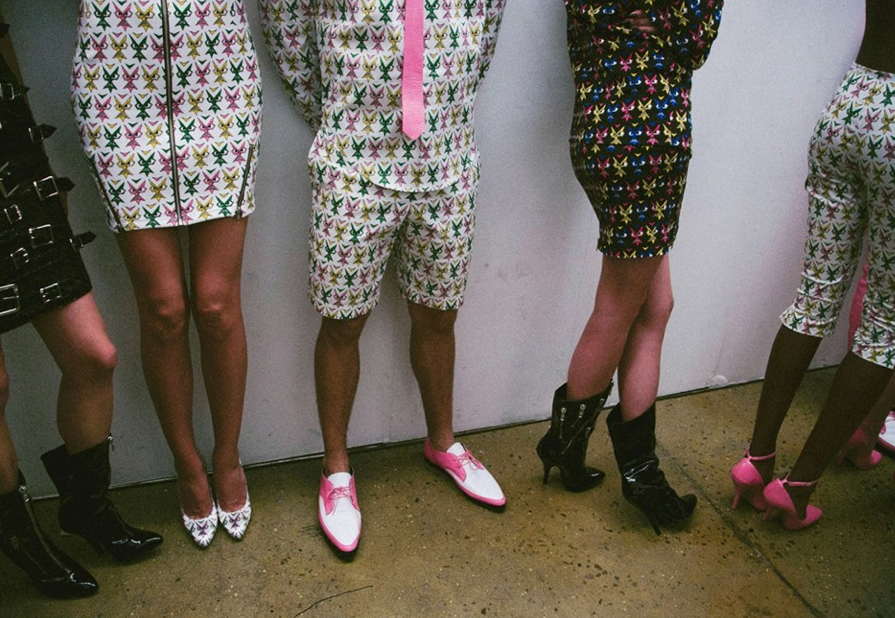 Do you remember the Jetsons?Â  I do, and apparently so does Jeremy Scott.Â  His collection was literally out of this world, with slogan tees claiming that â€œEarth Sucksâ€, and that weâ€™re all â€œTeenages From Marsâ€, that I predict will gain a fad following fast.Â  In typical Jeremy Scott style, his show was a mash up of pattern and colour, all showcased on tight body con dresses, two pieces made up of form fitting bustiers, and models were all matching with black beehive 80â€™s wigs, flicked up at the ends.Â  With a massive celebrity following, there was bound to be a massive celebrity turn out at the show.Â  Which there was.Â  Nicky Minaj, ASAP Rocky, Terry Richardson, Kevin and Joe Jonas, and even Nicky and Paris Hilton were all spotted watching eagerly. 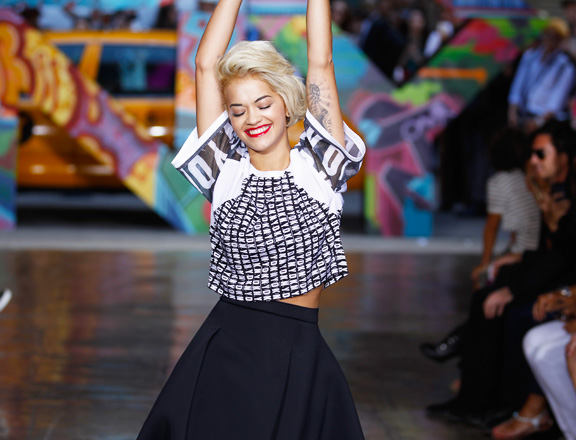 Celebrating itâ€™s 25th Anniversary on September the 8th, DKNY put on an unforgettable show. With the quintessential New York backdrop of graffiti and yellow cabs, DKNY jumped on the same train as Alexander Wang, branding a bunch of their clothes from top to bottom.Â  Some critics have reviewed these items as too much, but with the return of the 90â€™s going strong, theyâ€™re going to be a sell out. And of course, we need to talk about that orange maxi dress with no straps and sneakers.Â  Definitely the most talked about and sought after look from the incredibly large show, worn by Karlie Kloss and teamed with punchy orange lips, it embodies what DKNY aims to be all about â€“ garments that can be simultaneously dressed up or dressed down.Â  British Pop singer and renowned DKNY lover Rita Ora then followed, looking awfully cheery in a crop top and skirt ensemble.

App of the month – Facetune