Of course, festival season can be an expensive prospect in this city â€“ all those midnight cabs, intermission drinks and relentlessly interesting programs.

Before long, even the Fringe stops accepting your exotic South American coinage, and the Spiegeltent never lets anyone through the flap without new shoes and an organic cravat.

That’s why we’ve put together the cheapskates guide to the Brisbane Writers Festival. None of these events cost a thing to attend, because everybody loves a free press. 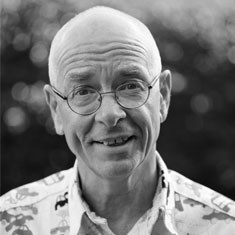 With a surprising lack of imagination, it was called the Queensland Literary Awards, drawing funds via Pozible â€“ the people’s choice, indeed.

It gives Dr Karl Kruszelnicki’s presentation a certain unintended poignancy, a sad science amid the sandstone.

Prime Minister’s Literary Awards Showcase (Friday from 5:00pm @ Maiwar Green)
This year’s shortlisted and winning writers come together for readings and insights on the whole process.

With the 2013 elections just one day after, it could be the last event ever held in the name of Prime Minister Kevin Rudd.

I’m just impressed he manages it from a small glass room in the Brisbane Square Library.

Mojo: Mobile Journalism (Saturday from 10am @ GOMA)
A new generation of journalists are using their smart phones for good and not evil (or Instagram).

Come along to see what’s possible with a little technology and a licence to be curious. 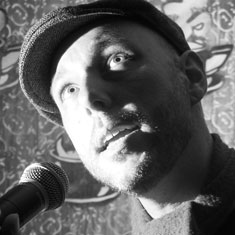 Air for the Birds / Big Thoughts from the Frightened Well (Sunday from 10:00am @ GOMA)
The Lord Mayor’s reader-in-residence David (Ghostboy) Stavanger facilitates writers with autism and other disabilities that preclude speech.

The Brotherhood of the Wordless produce rare, transcendent and legitimately confronting art â€“ worth every second.

Lifted Brow (Sunday from 11:30am @ SLQ)
The Lifted Brow is a â€œfreeform literary/arts/culture magazineâ€ founded in 2007, and now turning to Pozible for their next publication.

Assuming it all goes to plan, the team will be releasing the 19th issue right here in Brisbane â€“ along with their first app!

For more events, head to the Brisbane Writers Festival website.

Medea returns to Brisbane with a vengence