ChingÃ³n brings a piece of Mexico to Eagle Laneway

A recent addition to the Eagle Laneway, ChingÃ³n, serves up an authentic variety of tacos, salsa and tortilla chips, fire-roasted-corn (also known to the staff as â€˜crack cornâ€™ due to its addictive taste), and a daily ceviche special. Ceviche is when raw fish is cured with lemon juice, which indirectly cooks it and tenderises it and makes it easy to eat. With options to dine in or take away, ChingÃ³nâ€™s delicious tacos are also available for order from its neighbour Brooklyn Standard next door; co-owned by the same people as ChingÃ³n. 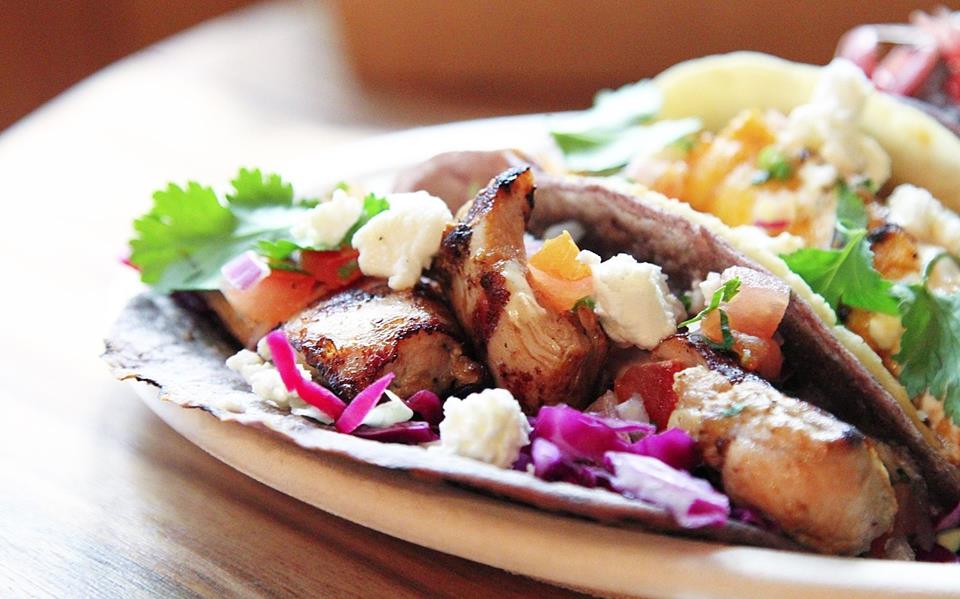 We sat down with one of the co-owners, Justinn Debeer, for a quick chat about the origins and concept of ChingÃ³n. He mentions, â€œthe food is all very authentic,â€ since the original Melbourne owners are from New Mexico and itâ€™s all their mumsâ€™ secret family recipes. In a city with a booming burger trend, it is refreshing to have people, â€œtrying to bring real authentic tacos to Brisbane.â€. Justinn was proud to say that ChingÃ³nâ€™s menu did not contain aioli or mayonnaise and considers the food the real deal. He notes that they send the marinade up from Melbourne because that’s their secret recipe, and that they prepare everything fresh on site.

When asked about the differences between the Melbourne eatery and its Brisbane brother, he says ChingÃ³n in Melbourne has white tablecloths with food presented in disposable containers. ChingÃ³n in Brisbane on the other hand, is designed with neon lights, and street art covered walls to give it the â€œelement of coolâ€, due to it being in a laneway. A neon sign on the wall â€˜No seas pandejoâ€™ which cheekily translates to â€œDonâ€™t be a dickheadâ€.

If youâ€™re looking for a venue with a grungy and badass vibe, hit ChingÃ³n for a drink at the bar and a tasty taco to chase it down.

Dodge the heat inside Il Verde on plush leather booths!