The end of 2013 brings the spectacular musical Chitty Chitty Bang Bang to the QPAC stage.

After touring throughout the UK, performing on Broadway and enchanting audiences throughout Australia the musical will finally reach Brisbane audiences.

Australian producer, Tim Lawson, said he was thrilled to be bringing the show to Queensland.

â€œThis musical takes inspiration from both the popular 1968 film and the original book written by Ian Fleming,â€ said Mr Lawson.

Chitty Chitty Bang Bang is the name of a magical flying car. 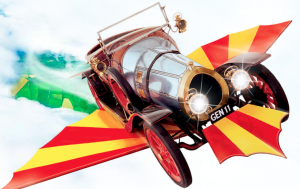 The story follows the characters Caracatcus Potts, an eccentric inventor, and his two children, Jemima and Jeremy.

The Potts family purchase this magical car with the help of the beautiful upper class, Truly Scrumptious.

Truly and the Potts gang soon embark on an awe-inspiring adventure.

However, they are faced with the perils of the nasty Baron Bomburst and the evil Child Catcher who seek to steal Chitty Chitty Bang Bang.

â€œThis Australian production features all of the iconic songs from the original film and brings a full company of over 70 (including eight dogs), sensational sets and stunning special effects,â€ said Mr Kotzas.

With only a five-week season make sure to buy tickets fast as this will be an event for the entire family to enjoy!

For a sneak peek of what to expect see the video below!