We recently had a chat withÂ Chris Perren,Â one of Brisbane’s most loved composers and musicians.Chris joined us to discuss his role inÂ Dots+LoopsÂ Companions Festival.Â He told us that he’s feeling fantastic about being part of what the event has in store.

“It’s been going for a while now, and it just keeps getting bigger and better. I guess for me, I’ve sort of been around it since the beginning, It feels like a bit of a family. It’s really cool to see that Kieran’s put together such an amazing program this year.” Chris said.

Chris met Kieran throughÂ Nonsemble,Â a group that he explained to be a “hybrid chamber ensemble rock band” that began in 2102. He explained how their partnership came about.

“What brought us together both in that, and in Dots+Loops was a Â feeling that something was missing in the Brisbane scene. There’s so much amazing stuff happening in Brisbane, but we both felt that there wasn’t much of this post modern post genre music, that we were really interested in seeing ourselves. I guess we both tried to remedy that by doing it ourselves. ” Chris told us. 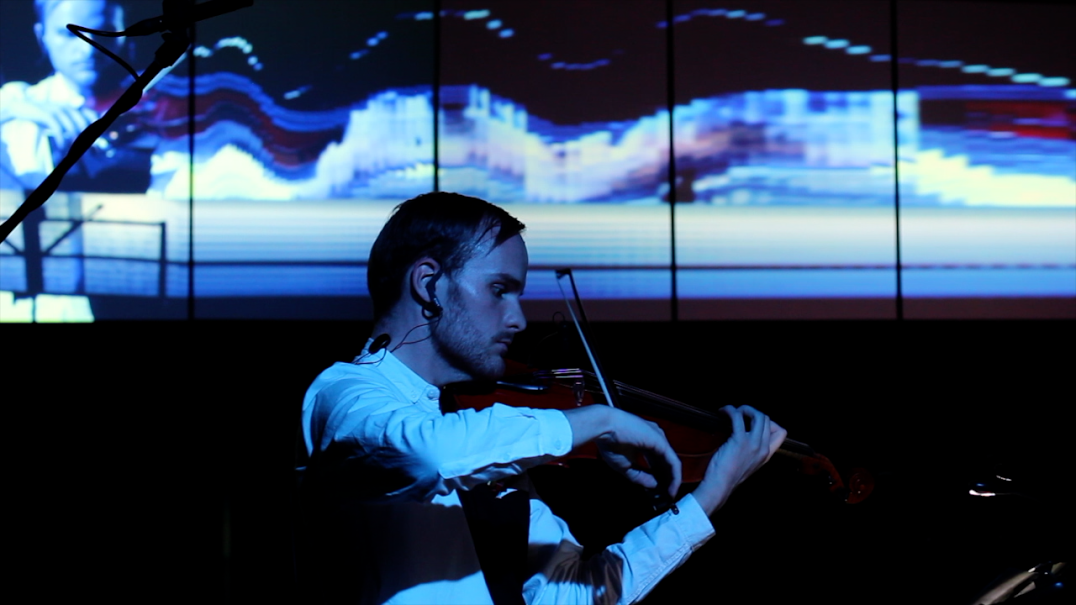 Chris’ audio visual work is among a large repertoire of other musical talents and projects. His compositions are packaged as visuals and sounds that are partnered to compliment each other. He let us in on the purpose of creating a piece for both the eyes and ears.

“…if something happens sonically, then you see something happening on screen which corresponds to that sound. I guess it’s sort ofÂ aiming at a ‘synesthetic’ kind of experience.” Chris explained.

Rosa Guitar TrioÂ will be performing one of Chris’ audio visual compositions this week atÂ Dots+Loops Companions Festival. The background piece is what he described as a “kaleidoscope of pseudo-cheerleading, male dancing” that’s ultimately difficult to explain.

“It’s kind of like cheerleading, but it’s men. For the most part it’s male cheerleaders. To me, it looks like a dance, but I’ve spoken to Japanese people and they’ve said it’s definitely not a dance. Because they see it as a very powerfully aggressive thing. The movements are very sharp. and decisive, almost.” He said. 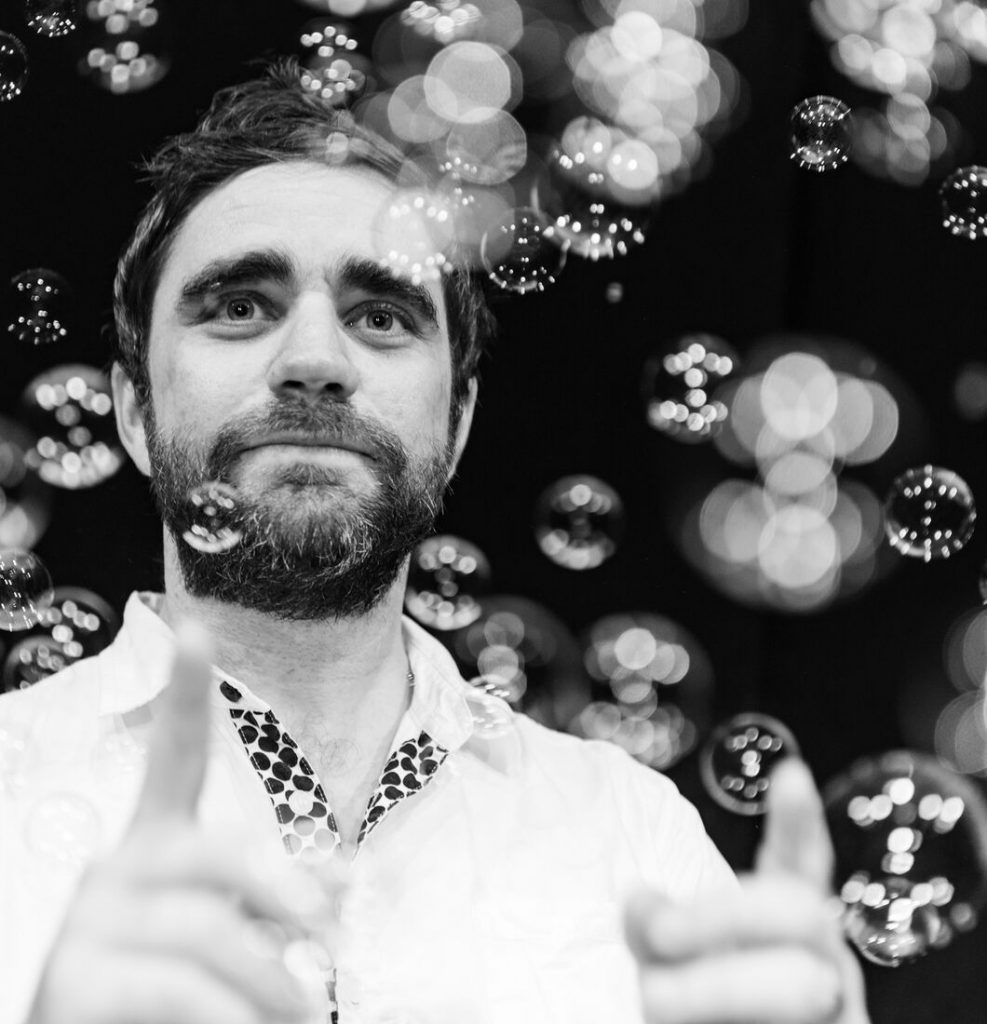 Chris told us that through his work, he’s learned the importance of considering the musicians, composer, and audience as a whole. He explained that as a composer, he always takes the musicians into consideration. Whether they have a great time or a terrible time playing will translate into the performance.

Dots+LoopsÂ CompanionsÂ will include work from a range of other artists, and Chris said that the lineup is looking impressive.

“The other composers that have work on the program are awesome. Rosa Guitar Trio who are playing my piece, are also playing a pice by Brechtje, a Dutch composer, which I’ve hear little pieces of and it’s sounding phenomenal. Theres a whole bunch of other amazing stuff on the lineup, it’s definitely worth going along.” Chris told us.

FollowingÂ Dots+Loops, you’ll be able to follow Chris’ work withÂ Nonsemble, who he said will have some exciting things in the pipeline, as well as further work withÂ Dots+Loops.Â