KURIOS, Cirque du Soleil’s 35th production since 1984 will soon be opening its big top doors to Brisbane audiences. We recently had a chance to chat with Cirque du Soleil artist Kazuha Ikeda, otherwise known as Klara The Telegraph of the Invisible.

Kazuha first encountered the Cirque at a show in Las Vegas in 2005. Cirque du Soleil is impressive live and we wanted to know what element stood out enough for Kazuha to want to perform for them initially. ‘Everything about the show – costumes and acrobats, lighting and staging, everything. There’s no compromise, they were top quality and I immediately felt pulled into a dream world’

Any audition process can be grueling, so what would a typical Cirque du Soleil audition look like and how would any prospective artist prepare? ‘Each performer has a different process of audition, I was trying to get into Cirque du Soleil as a dancer, so of course, I trained a lot of different dance skills but also acting. It’s really important for the performers, stage performers like in Cirque du Soleil, to be well-rounded in their training.’ 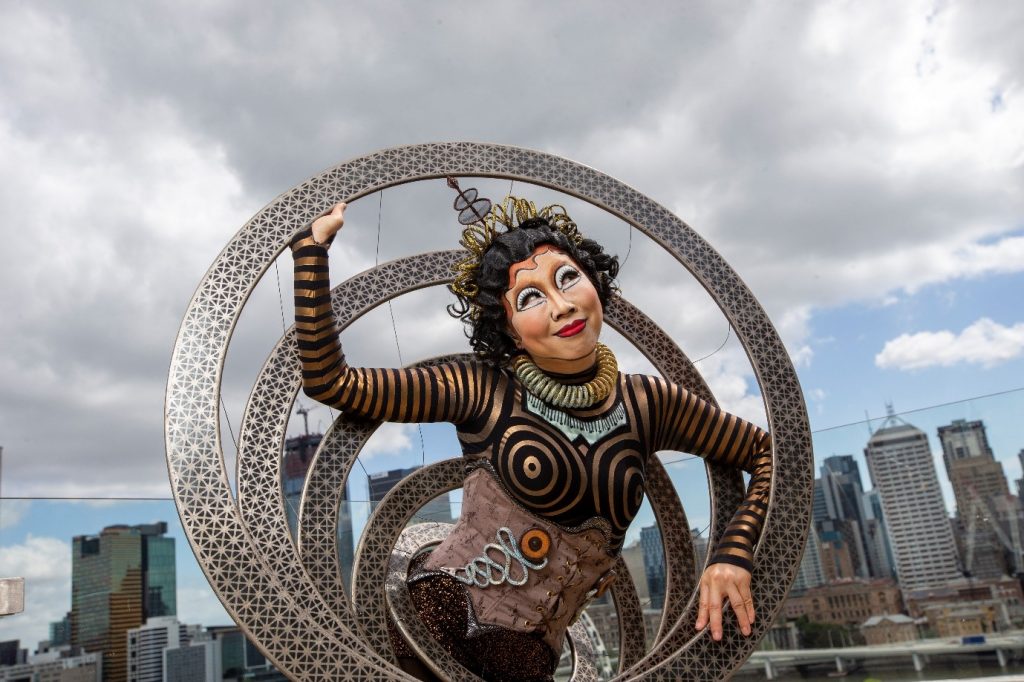 I auditioned for the general audition first which is to get into the database of Cirque du Soleil performers and from there we get the specific role or show audition, and then once you pass it you can finally get on the stage for Cirque du Soleil. For KURIOS I made an audition video and submitted it and they selected some of us to come to Montreal and we had a final audition. We learned the movement of the character from the original artist, Ekaterina Pirogovskaya, and we performed really different situations as the director [Michel Laprise] requested. Sometimes we had to be a drunk insect, or we had to be a small wrestler, lots of different kinds of characterizations.’

It’s also interesting to note what a typical day looks like for any particular performer, regardless of their discipline. And with a pool of 1,400 artists world-wide, Cirque du Soleil would no doubt have some fascinating ones. Kazuha first acknowledged that everyone at Cirque du Soleil prepares for the show differently. ‘For me, I get up, come to work, eat, and then take time to do the makeup and see the show from last night and get some feedback or corrections or training. Sometimes Rachel Lancaster, [Artistic Director] has notes, and I hear from other performers, and I also give myself notes and then correct it to improve it. Some days we have other scheduled rehearsals so we do the rehearsal, then makeup, warm-up and then start the show. Klara has a lot of mime movements so for my warm-up I stretch not only in the body, I stretch my fingers and my neck. The finger stretch is the most interesting, weird stretch that I have to do.’ 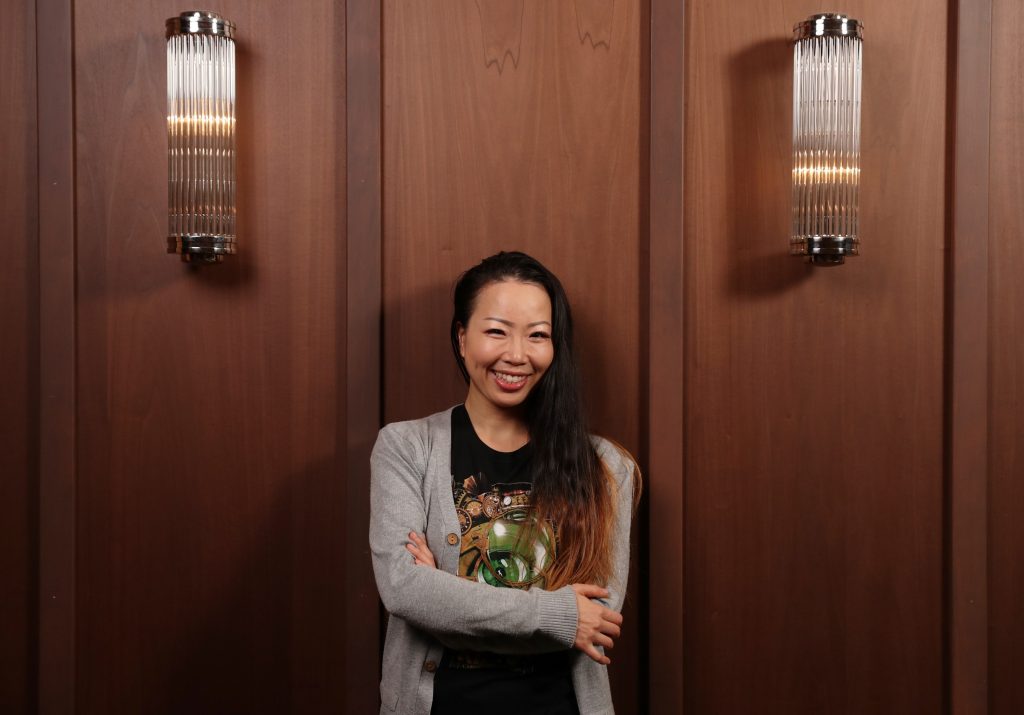 And what of Klara? Kazuha has claimed a mesmerizing role in Klara The Telegraph of the Invisible. It reflects our obsession with telecommunication in the golden age. So how does the team at Cirque du Soleil interpret this?

‘Her costume has a big antenna that is actually part of her body and she has an antenna on top of her head also that she can use to catch and release alpha waves. She’s half mechanic and half-human and she’s really, really interested in how people think and how people feel so she’s obsessed about getting information and releasing the information. As the storyline of the show goes on she gets more and more how people feel, how people think, and then she becomes more of a human woman.’

We began to wrap up to ask about some of the challenges that Kazuha has faced through this character and her movements as well as any highlights she has experienced so far. ‘She’s not completely human but she’s not completely robot so still having the sophistication of a grown-up woman and then being a little cold, having no emotional expression in the face or the movement, combining that and having a great balance is really challenging for me.

Traveling and also the people working on KURIOS. Everyone is a professional and they are proud of their work so it’s amazing to come to work every day and get inspired by my co-workers.’

You can catch KURIOS in Brisbane early next year, the season has been extended into February – and if you liked this interview, why not check out this one from earlier in the year with KURIOS Artistic Director Rachel Lancaster? Here