Class is in Session; talking School of Rock with Nadia Komazec

Odds are if you were born in the nineties, Led Zeppelin’s Immigrant Song will always bring to mind Jack Black rocking out in the cult-classic movie School of Rock. Now is your chance to live that nostalgic dream the smash hit stage show adaption is crashing into Brisbane this month. We sat down with lead actress Nadia Komazec to talk about the show, theatre for youngsters, and the subtleties of her character Patty Di Marco.

The Creative Issue: lets start of easy! Can you tell us a little bit about yourself and your background in theatre?

Nadia Komazec: Sure no worries! Well I recently turned thirty (very exciting I know) and I’ve been in the industry working professionally since I was seventeen. My professional debut was Phantom of the Opera where I played Meg Giri and that was how I kind of got my big break in the biz. From there I continued to work and was really lucky; I did Mamma Mia, Moonshadow, A Chorus Line, Legally Blond, Dirty Rotten Scoundrels, Matilda, Rocky Horror, Bring it On and now School of Rock! I’ve been very fortunate to work in a lot of musicals and I’m super passionate about all aspects of the industry; acting singing and dancing. I’ve been preforming since I was kid. My mum trained me in Adelaide at her dance school, Barbara Jayne Dance Centre which is still slogging it out in Adelaide. So I trained with mum, finished High School in 2006, and just got really lucky and sort of skipped having to go to uni and went straight in. I grew up singing and dancing – guess I didn’t really have a choice, but fortunately I loved it ever since I was a kid. I feel so fortunate I get to do it professionally!

TCI: So having been in this industry from such a such a young age you’d have a really interesting perspective coming in to work with a cast full of kids.

Nadia: Yeah it’s great actually, because my professional debut was at 17 but I also did Sound of Music in Adelaide with Rachel Beck and Rob Guest and Burt Newton back in about 2000, and I was eleven when I did that show. That was what really sparked my love for musical theatre, and it’s funny I do talk about it a lot with the kids I’m working with on this show, and with the kids on Matilda as this is my second time working with a cast full of kids. It’s great because I can sort of relate to them, and I comfort them when they leave the show and reassure them that the magic from this experience doesn’t go away. I definitely relate to what an incredible experience it is being so young and being able to have such an eye opening experience. Particularly in this show! The whole thing is about them. They get to shine, they get to play their own instruments – they’re so talented. I keep telling them to soak it all up because it’ll be over before you know it and you’ll just be waiting to get to the next show! That’s kind of how it works. It’s also a great reminder for us adults to stay optimistic and positive, and to give it all our energy because the kids certainly do. 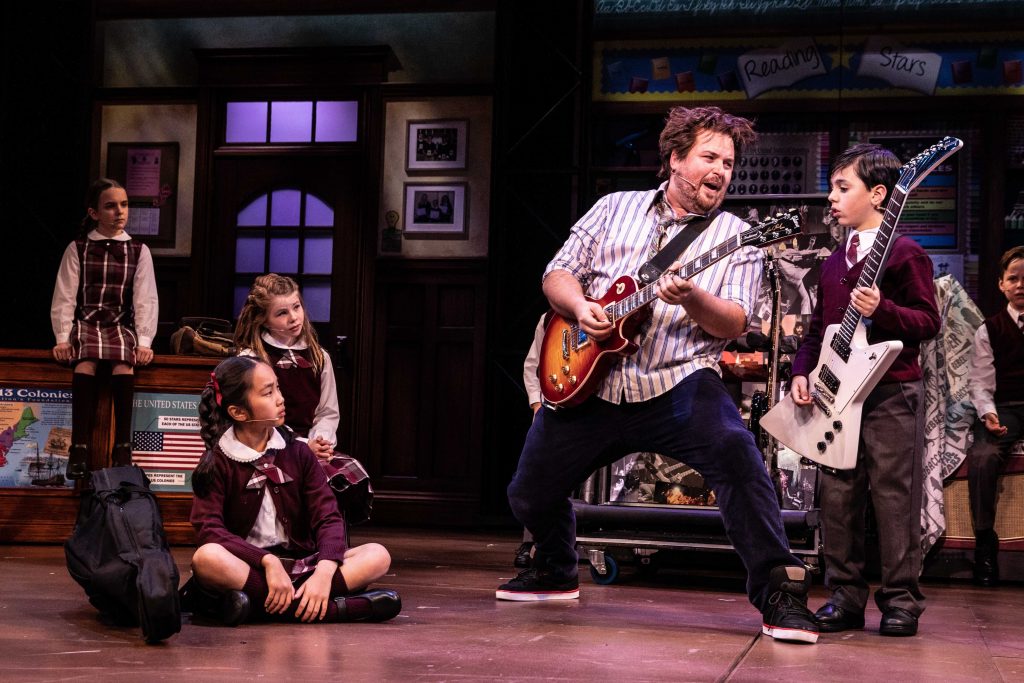 TCI: Is there anything you’d wish you’d known when you were their age?

Nadia: I wish that’d I’d really taken notice of the little things. I still have great connection with all the kids from when I was young. I’ve known some of those guys from Sound of Music for twenty years. My advice would definitely be to act like a little sponge and soak in as much as possible.

TCI: Moving on to your character, Patty! Did you know that in the School of Rock fandom page she is referred to as the film’s main antagonist? Do you think that’s fair or accurate?

Nadia: You know what, I absolutely am. She is the villain of this show, which is hilarious when you break it down and see the fairly reasonable things she’s fighting for. She’s just asking him to pay the rent and be a functional adult. It’s fascinating because she is painted out as the villain in the musical, which I absolutely love. I really enjoy playing the villain. Probably a little too much. She’s a great character because she’s strong and independent, but she also is human and she does a heart which you get a tiny glimpse of at the very end. I haven’t been booed yet, and I reckon when that happens I know I’ll have nailed it.

TCI: Did you want to be faithful to the film or put your own spin on it?

Nadia: It’s a tricky one because when you’re doing a musical that was originally a movie, you do want to stay true to what’s on the page. But I absolutely wanted to make her my own, because I’m obviously quite a different person to Sarah Silverman. It do try to put a bit of myself in all of my rolls. I played Columbia in Rocky Horror, and that was the same thing; iconic character that I had to make my own  while still paying homage to the original. 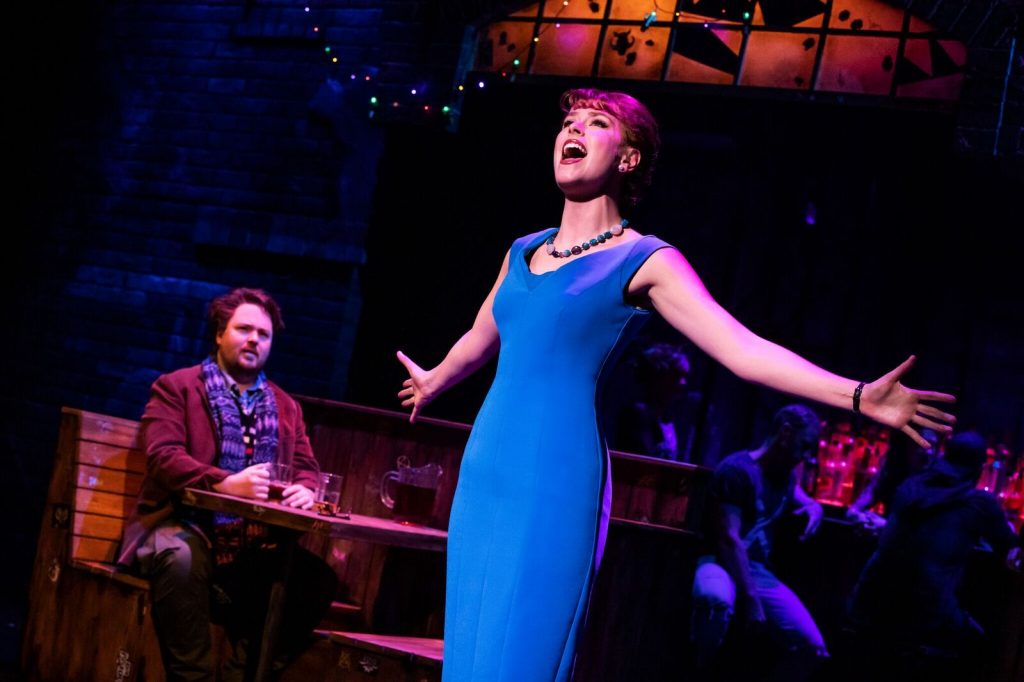 TCI: On that note was there any pressure adapting a movie that’s quite beloved into a theatrical form?

Nadia: West End and Broadway paved the way for us, and our guys who play Dewey (Brent Hill and Joe Kosky) are both so phenomenal and pay tribute to Jack Black but also make it their own. Audiences have really opened their arms widely for this show, and supportive of the guys taking up such a massive and iconic role. The kids are phenomenal, the sound design is incredible – the kids all play live on stage – and it’s just an incredible representation of what a musical can be. I’m really proud of it.

Get excited Brisbane, because this mammoth show has already kicked off. To quote the script, God of Rock, thank you for this chance to kick ass.

Love Fame Tragedy on returning to AUS, His New Tunes and Going Solo