Dance, music and animation come together in Desirelines, an electric new chamber ballet by Collusion. Set to premiere at Brisbane Festival in September, this spellbinding new work stands out from the crowd.

A desire line is the worn, organic path that springs up (or rather, is trodden down) between and around established roads. It is the way taken by people leaving the concrete track and setting out on their own; the path that people find, but only when they want to. In an enthralling fusion of mixed-media, Desirelines asks if you will walk the road well-travelled, or forge your own way. 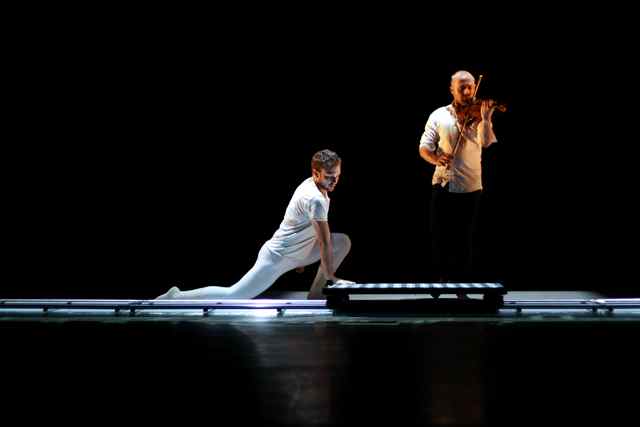 This production strikes a new balance between live music and dance. Benjamin Greaves, the man behind the concept, has liberated his musicians from their stands, setting them amongst the dancers and projecting their score directly onto the gleaming stainless steel set. Both bounded and supported by this striking visual landscape, which also includes animations from Pete Foley, the three musicians and four dancers stand at the intersection of choice and obligation as they wrestle with their own desirelines.

The concept behind the show has been brewing with choreographer Gareth Belling for some time now. â€œWe started work on this more than a year ago, but ideas about desire and choice have been with me a long time, since reading Peter and Richard Wherrettâ€™s memoir Desirelines many years ago,â€ he says. â€œWhile not based on the book, our production is focused on the way your heart can lead you in directions you never expected, yet end up exactly where you need to beâ€. 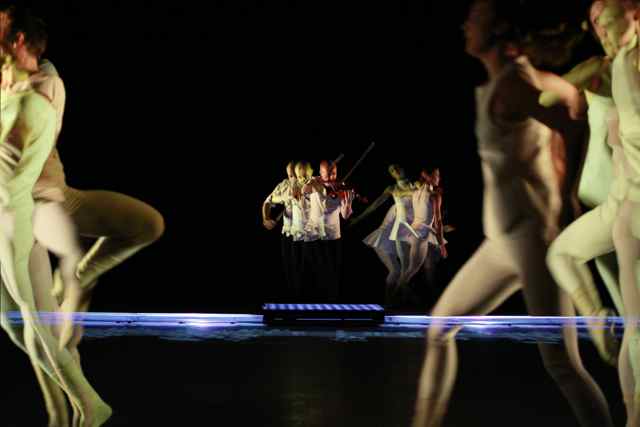 The concept of a chamber ballet is a reasonably novel one; when combined with a very contemporary set and lighting design, and the blurred lines between musician and performer, it becomes something very exciting indeed.

â€œThe choreography uses balletâ€™s structure, or form as a starting point to explore the individual performersâ€™ movement desirelines,â€ says Belling. â€œIt is muscular and musical, emotional and engaging: it beats with the blood of real human desires.â€

With whimsical costumes by Leigh Buchanan and a virtuosic original score by Susan Hawkins, Desirelines is truly a meeting of minds and of art forms. While Brisbane Festival is crowded this year, be sure to get down to the Judith Wright Centre for music you can see and dance you can feel in Collusionâ€™s Desirelines.

For more information or tickets, head to Collusionâ€™s webpage here.