Colorless Tsukuru Tazaki and His Years of Pilgrimage - Review

Japanese author Haruki Murakami, who gained prominence through works such as IQ84, The Wind-up Bird Chronicle, and Kafka on the Shore, has returned with his 13th novel Colourless Tsukuru Tazaki and His Years of Pilgrimage.

The novel was initially released in Japanese in April 2013 to critical and popular acclaim, and has now been translated by Philip Gabriel and released earlier this month, with each first edition hard-cover including a sticker set specially designed by four leading Japanese artists. 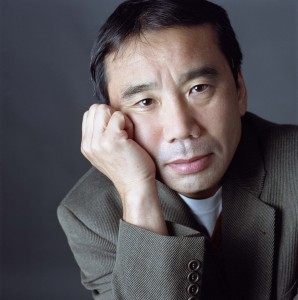 Colourless Tsukuru Tazaki follows the title character, as he tries to piece together why he was exiled by his close knit group of high school friends at the age of nineteen. This event led Tsukuru to feel he was â€œfated to always be aloneâ€, something which has stuck with him throughout his life, leaving him unable to form close relationships with others. However, now 36 and designing railway stations, Tsukuru meets and falls in love withÂ Sara, who encourages him to find and confront his former friends, in an effort to gain some form of closure.

Colourless Tsukuru Tazaki shows Murakami as the highly accomplished story teller he is. Although the mystery of why Tsukuru is abandoned by his friends is solved well before the end, the novel keeps readers hooked with its delicate exploration of Tsukuruâ€™s past, and current mental state. It focusâ€™ heavily on how the past affects us all, and how, no matter how hard we may want to, we cannot keep this history hidden from the present. Murikamiâ€™s characterisation is brilliant, with even those characters who appear briefly seeming to be full-fleshed human beings with histories, hopes, desires, and emotions. The book maintains a slow and deliberate pace, yet at only 298 pages it is not overly long. Through this, it manages to create a character who you hope to succeed, and for whom you care. 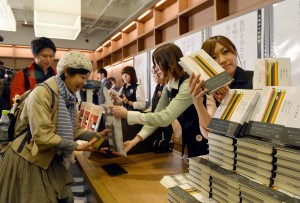 Overall, Colourless Tsukuru Tazaki and His Years of Pilgrimage is a novel I highly recommend. Whilst a simple story, Murakamiâ€™s exquisite portrayal of the human psyche, and the effect the past can have on us will leave the reader spellbound. Even those unfamiliar with Murakami will find something to love in this challenging and heart-warming story of friendship, and the marks it leaves on us.