Think Barcoo Shire in central west Queensland – an area equal to Belgium and Taiwan combined, with a population that couldn’t fill two CityCats – and it’s unlikely you’ll think of opera.

But that’s set to change, thanks to Composed in Queensland.

In this latest project from Opera Queensland, students from eleven schools across the central west region created songs – with a little help from guest artists country star Sara Storer and ARIA award-winner Megan Washington – celebrating country life in 2018. Their hard work culminated last Saturday with a performance at Longreach’s Qantas Founders Museum that was simulcast to Opera Queensland’s Brisbane studio.

The Creative Issue spoke to Mark Taylor, Head of Learning, Regional and Community at Opera Queensland to learn more.

TCI: Was there a bit of culture shock taking opera to the bush?

Mark Taylor: We’re testing the elasticity of opera! I think students initially envisage it to be very traditional, in an opera house with Victorian costume. Rather than coming in and teaching kids how to sing ‘O Mio Babbino’ [Caro, by Puccini], we’re moving opera from a participatory activity to one of creation, where the students end up with an asset they’ve got ownership over, something they’ll hopefully cherish.

Although it’s a 400-year-old art form, ultimately opera is telling story through song. Some people might baulk at this, but it’s similar to country music: both are narrative driven, normally by tragic tales. It’s about conveying emotion and sharing story through song. That’s what opera does, on a grander scale. We’re bringing it down to its bare bones.

TCI: How did you create the songs?

MT: The kids sat down and told us their stories over video conferencing. Those stories have then been used to create these songs. We’re really about leaving a legacy in these communities. Hopefully, in twenty years’ time these kids from regional Barcaldine or Blackall will be able to listen to these songs and it will take them back . It’s a snapshot of what it’s like to be a young person in the Central West here and now. 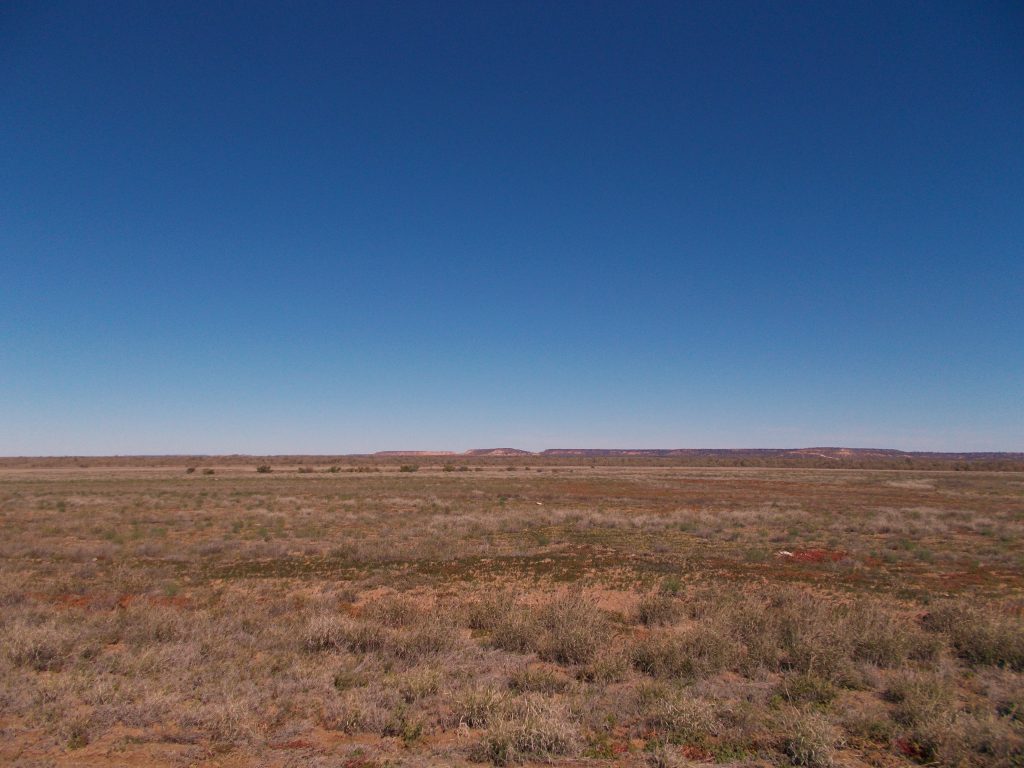 Winton, one of the schools included. Mentally insert your own dinosaurs.

MT: People have been talking about the drought and how it’s challenged them. The song from Blackall is called ‘When the Rain Comes’. It speaks about what happens when it finally rains – the way no one’s worried about getting wet, you leave your washing on the line, and you celebrate.

The Barcoo kids say more about open spaces, and that idea of safety and support in these small communities. The song for Barcaldine is called ‘Common Ground’ – this idea of us all having a common ground in this town. It doesn’t matter what we do, where we’re from, what our background is; our common ground is where we come together and respect people for who they are.

TCI: How were the students changed by the experience?

MT: It’s beautiful to see someone who on day one looks challenged, on day two find their voice, and sing with pride. It’s not just about their song. We look at how we can hone transferable presentation skills like the importance of posture and breathing.

TCI: Are there any plans to take the project elsewhere?

Review: Alison Wonderland at the Tivoli