Recently we had the opportunity to chat with her about her upcoming Wonderland Festival 2019 show Adulting, and everything that the concept of Adulting means.

“Adulting is basically a one-woman cabaret, talking about all things growing up in today’s society, but it’s nowhere near as boring as that sentence I just said.”

“Essentially, it’s real, relatable stories, including the fact that I got engaged at nineteen, that I owe over twenty-four thousand dollars in parking fines, and generally don’t seem to be able to get my life in order.”

“Told through a series of parodied songs, songs that we all know and love, and it touches on issues of fertility, and not fitting in or catching up with the rest of your peers who are buying houses and having babies.”

“The concept of adulting itself, was born out of that internet sensation, that’s kind of dying down now, but still is relevant of “Yeah I packed my washing onto my clothes horse, yay #adulting”, that celebratory thing of just doing everyday stuff that our parents used to do all the time.”

The show will bring a range of things to audiences when it starts later this year. 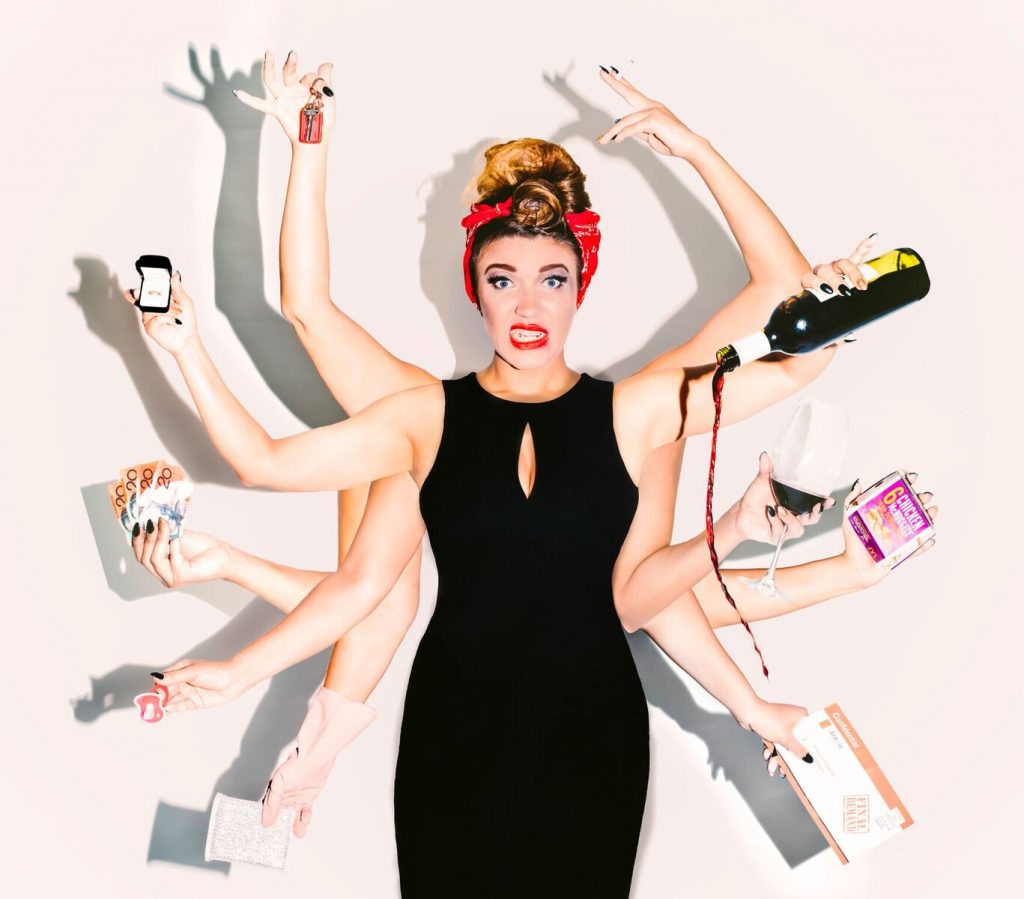 Having created and launched previous successful shows including These Things Take Wine, which has toured nationwide since 2014, we were curious what sets Adulting apart from her other works.

“These Things Take Wine, was more about in my early twenties destructive kind of stage. It was about alcoholism and partying and that kind of thing. Whereas Adulting is for me, a very special show because I talk about my mum a lot in the show and it is kind of paralleling our lives in our 20s, and it’s a bit more grown-up, I guess.”

We then asked Tash what her expectations and hopes are for the show’s place in Wonderland this year.

“I’m just really excited to perform at the Powerhouse, to be honest, and I just want as many people to come along as possible. The show itself has done most things, as I’ve said I’ve toured it over 100 times now, and I’ve actually written a new show called Badass, which is sort of my new baby, [and] I’m touring around the place.”

“But Adulting seems to be the show that everyone loves and keeps getting booked which I love because I love performing it. So, as for the life of the show, it’s just one of those things that I’ll just keep performing because it’s so relatable.”

“As for Wonderland, it’s just really exciting to work with the Powerhouse and be in a nice venue and not just in a tent at a fringe festival where I can’t hear myself. Not that I don’t appreciate those experiences, but it’s nice to be a fancy lady sometimes.” 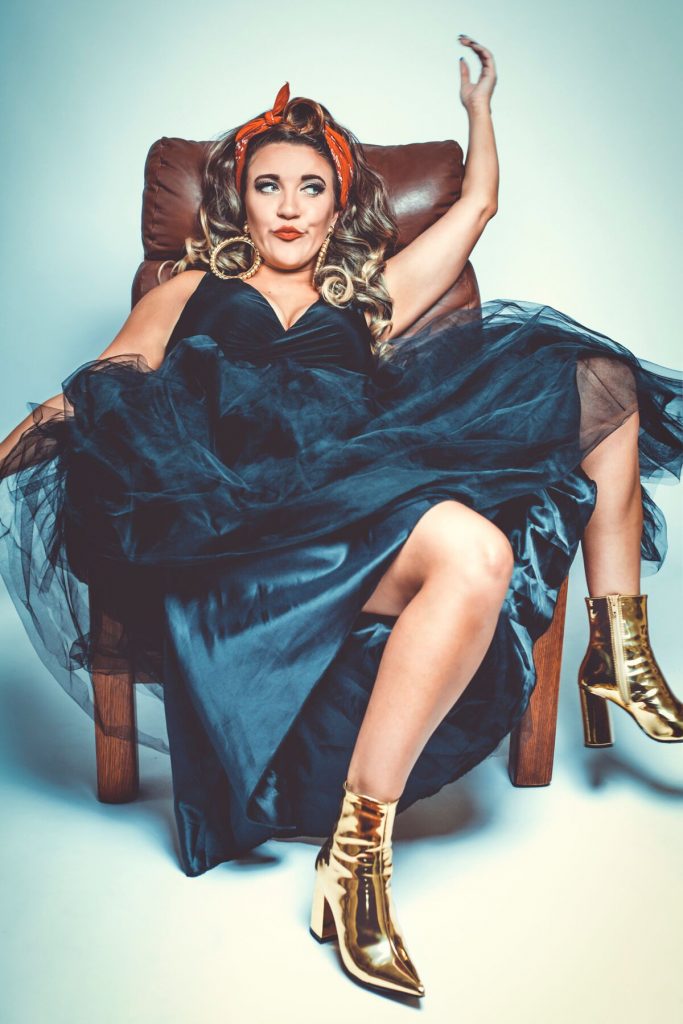 We asked what had inspired the creation of the show, and what personal connections she has to the concept that defines Adulting.

“Whenever I create a show, I look at what people are speaking about online and anything that’s sort of trending on Twitter or memes, that kind of thing. I always try to write shows that are based around that, and in reality, I could have written a show about “Oh I’m about to turn 30, and don’t know what I’m doing with my life”, but I’m like no, everyone’s written a show about that.”

“So, I wondered what this was really tapping into, and it’s is this concept of being an adult and losing your youth and that kind of thing, and I guess for me, my mother and I have a really close relationship and as I’ve gotten older I’ve found out more about her life as that’s gone on.”

“It wasn’t a defining moment, but I guess it was a number of discussions with my mum about how I always thought she had it together, that she did all the adulting things correctly. Married her Highschool sweetheart, got a job straight out of school, and she worked in a bank all her life.

Thinking beyond the festival, we asked Tash if she has anything planned beyond the show and into the future.

“I’ve spent the last three or so years on the road touring, doing different shows, different bits and pieces. I host a lot of burlesque; I produce a lot of shows as well.

“Funnily enough given the show is called Adulting, I’ve recently gotten engaged and am getting married next year, and a lot of my priorities are to try and create more works in Melbourne so I don’t have to tour as much, and it’s like “The show is making me an adult, what the hell?!”.“

“I’ve also started with my friend, and current Miss Burlesque Australia, Betty Bombshell, some workshops and I really want to start getting into working with young cabaret people in the Melbourne community.” 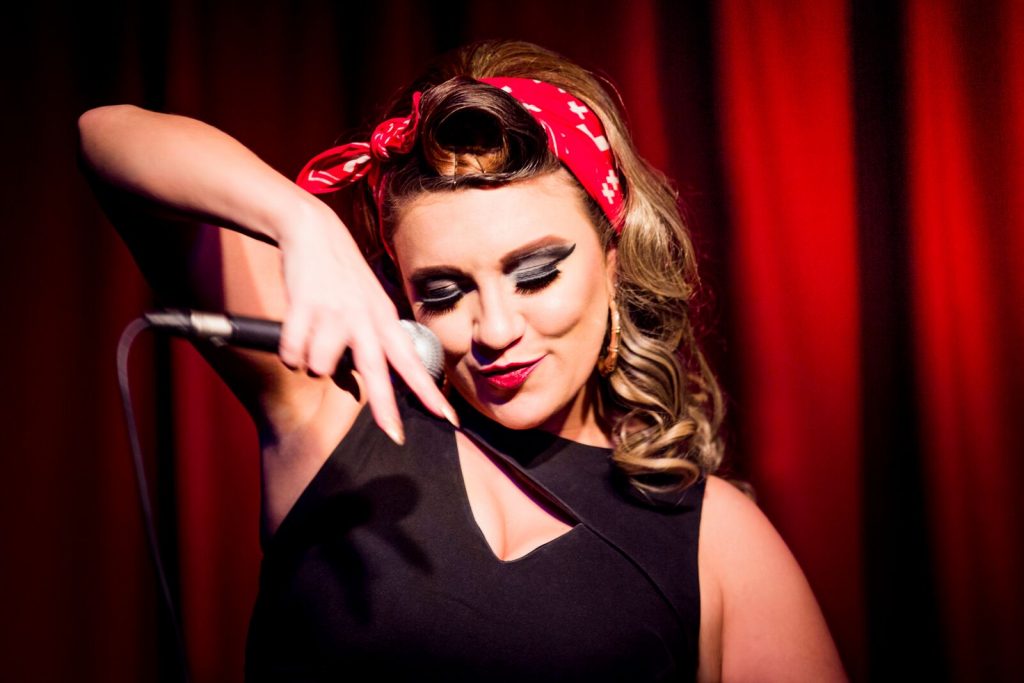 “I really do love traveling and touring, but maybe not doing as much of that. I guess trying to settle what I’ve already set up. I think I’ve just been going a thousand miles an hour, and I would just really love to have some time in Melbourne and teach some people and just keep writing shows and doing what I’m doing.”

“I know that sounds really boring, people are like “I’d like to go to Vegas!”, but I just want a sustainable career in the arts. Nothing big, nothing too major, just that would be great.”

In parting, Tash shared some uncommon wisdom with us.

“No, I think the most inspiring thing about the show, in general, is that it doesn’t matter if your 30 or 40 or 50 and living in a share house, and you’re not engaged yet and haven’t got your finances together. People worry about the things that other people think of them and being judged, but when you’re 60, 70 or 80, you’re in a retirement village and that’s basically a share house full of old people. So, don’t worry about it, you’ll be fine.”

Dying Harder than Ever: Dan Beeston

OQ and Circa blend circus with opera this October