Fading Numbers’ title is a metaphor linking the fading arm tattoos branded on concentration camp inmates with the decreasing number of survivors. The title also represents the erasure of the survivors’ struggles and legacies due to the world’s mixed messaging on the Holocaust.

The film’s honourable message has attracted overwhelming support from various parties. Fading Numbers received over $10k in crowdfunding support and already has 1.5k followers on Facebook.

The Creative Issue had a chat with Aron on the process behind this ambitious project. 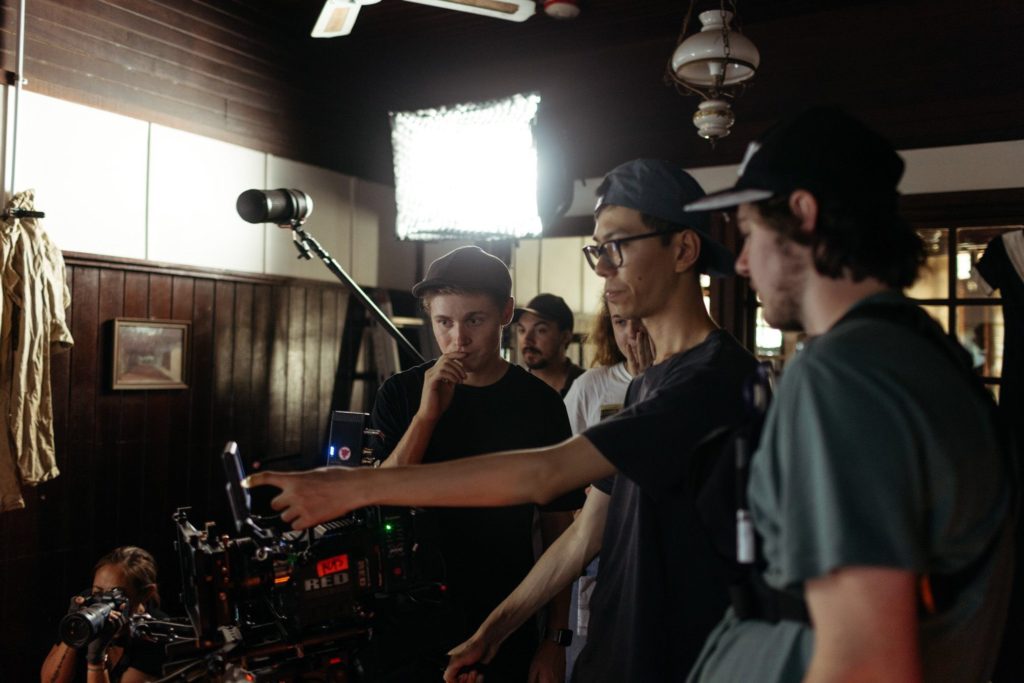 TCI: You are only 20 years old but are already directing such a big production. How did you get your start as a filmmaker?

Aron Attiwell: I have always had that passion and love for films ever since high school. I did a lot of student films and short films in year 12 and year 11 media, and it grew from there. I then established myself by working and collaborating with filmmakers in Perth. I also studied film school at TAFE, doing online filmmaking workshops and classes. So, my experiences are basically a combination of practical skills from film sets and theories from educational institutions.

TCI: Fading Numbers is your first venture into a big production. Was it intimidating directing the cast and crew?

AA: It was, in a way, because you go sort of from student film to then working with a huge cast and crew. But it’s also having that trust and the collaborative process that you’re working with an experienced crew that you don’t feel too intimidated because you trust them. It’s sort of, in a way, it might sound a bit weird, but a bit easier. Because, as a student, you’re doing the filming, directing, producing, everything. So, working with all kinds of different people sort of releases the stress a bit. And I had an amazing cast on board. It was great working with them and uncovering the development of the characters. Brilliant, brilliant experience!

TCI: What inspired you to make a film on the Holocaust?

AA: I was interested in modern history back in high school. In Australia, it’s uncommon to hear about the Holocaust. And, after listening to the stories from holocaust institutes and documentaries, I really wanted to get the stories out there into the Perth and Australian market.

TCI: The film will be distributed in Western Australian high schools next year. Why do you think this film is important for Australian students?

AA: Relating to my experience in high school, I had a lack of Holocaust education, which was also a reason I started the project. The students would benefit from knowing the different stages of the Holocaust, such as the ghetto, concentration camps and railway, packed in a digestible 20-minute film. Students will understand what happened and create conversations on the topic, especially because the movie covers various aspects, from what the Nazi soldiers were thinking to the Jews’ fears and beliefs.

TCI: The plot for Fading Numbers came from Sean Ryan’s script, which you found online while researching the topic. What attracted you to his script specifically?

AA: Sean’s a very talented writer. He’s been writing scripts for a few years now. So that experience on his belt really attracted me to start working with him. For the script itself, what attracted me was having a real-life survivor story and various perspectives on the Holocaust. In the story, the grandfather of the person interviewing the survivors was a Nazi soldier. So, there is almost this conflict between good and evil which I thought would be shocking for the audience when they see them come face to face. 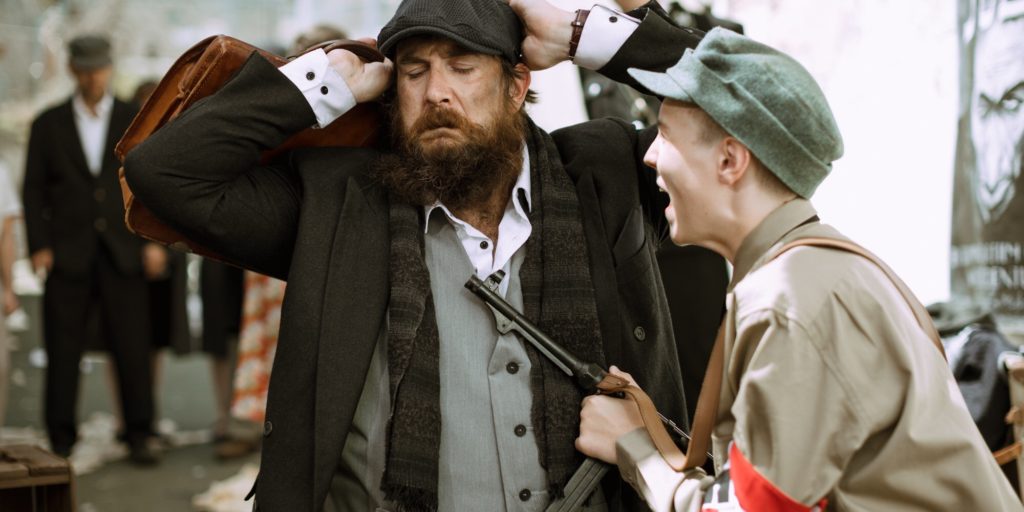 TCI: The Holocaust is, of course, a sensitive topic. How did you ensure the final script did justice to the plight of the Holocaust and its survivors?

AA: I think it was about two years of research, both on my behalf and the actors and crew. We met Holocaust survivors and heard their stories. We also had a strong connection with the Western Australian Holocaust Institute and spoke with USHMM. We sent them the scripts and listened to their feedback. So really, there was a lot of communication between the Holocaust bodies, survivors and their families to make sure the information was historically and factually accurate. And because it’s such a sensitive topic, you struggle with watching those kinds of documentaries, and, listening to the stories, that you really have to do it during the day. Because if you do at night-time, you’re guaranteed nightmares, and it just affects your mental health.

TCI: Aside from the script, costume and settings are essential for historical films. How did you ensure they were period accurate? Were there any challenges?

AA: Location-wise, there’s not a lot of historical heritage buildings in Western Australia. Fremantle was the location that we were looking into. We contacted the Fremantle Council and just sort of locking that off because they’ve got beautiful architecture in their city. There was so much involved in getting things into WA for costumes and props because WA does not have a lot of material and resources for European period pieces. We imported the World War Two Nazi uniforms from a Melbourne warehouse, and we had to get police clearance and everything to get them across Australia. We also used a local supplier, West OZ Theatrical Armoury, to bring World War Two firearms and armoury on set. They also provided combat skills with the weapons to the cast and the crew. So, there was so much organisation involved in that regard, but the cast and crew loved the experience.

TCI: When do you expect to premiere Fading Numbers?

AA: The premiere will probably be in September, and screenings will likely follow from that to the general public. And then, of course, we’ve got the schools in 2022. So yes, sort of late this year, we probably expect audiences to watch the film. And we’ll be distributing it in local cinemas or indie cinemas such as Luna Cinema and possibly Event Cinema. We will also eventually put it online, which will probably be at the end of 2022.

The Creative Issue: Is there a possibility the film will be screened in the United States too at USHMM?

AA: We have been talking about that as well. So, pretty much for educational material in the museums for USHMM, Melbourne and WA. Since last year that’s been in discussions, but of course, they wanted to see the film before committing to anything.

TCI: What’s next for you?

AA: As a filmmaker, you want to work as on as many projects as you can. So, I’m just working on a war movie, Before Dawn, which is sort of a WA war movie as an assistant director. But I’m also working on developing a new feature and working on local WA short films. I just want to work with as many movies and as many people to build that network.

Amy Shark: Back on Tour with CRY FOREVER